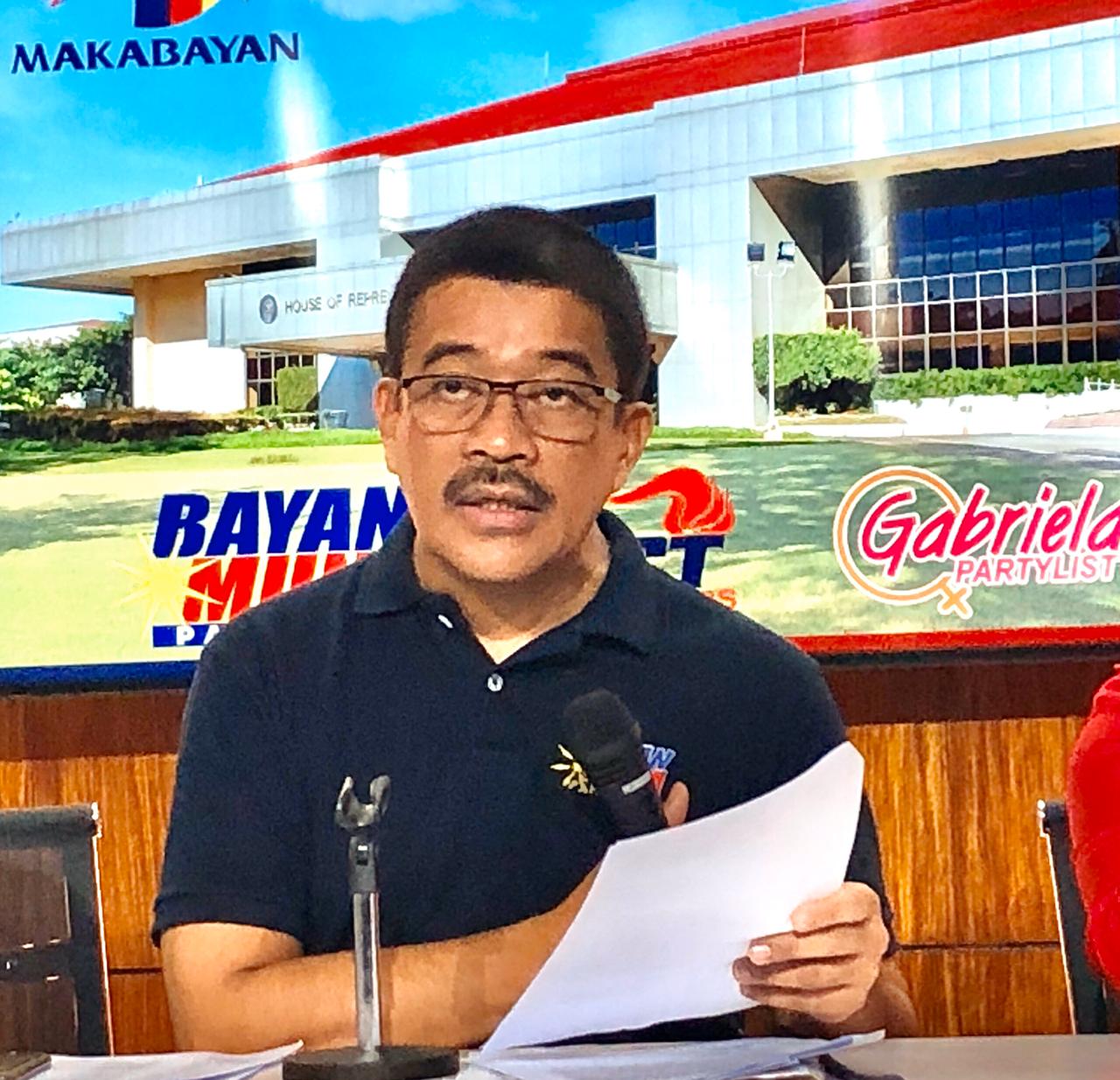 In a statement, House Deputy Minority Leader and Bayan Muna Representative Carlos Zarate said that the progressive party-list sees the recommendation as a “very positive and welcome move” from the EU.

“This is a very positive and welcome move coming as it is from one of the world’s major and influential parliaments. The Duterte administration should seriously heed the recommendation of the  EU parliament, otherwise, it will only further its isolation internationally,” Zarate said.

Voting 626 to 7, with 52 abstentions, the elected legislative body of the EU on Thursday adopted a resolution expressing its “deepest concern at the rapidly deteriorating human rights situation” in the Philippines under Duterte.

The same resolution also called on the Philippine government to grant media giant ABS-CBN a franchise and to drop the charges against Rappler CEO Maria Ressa.

Due to the “seriousness” of the human rights violations in the Philippines,  European lawmakers also sought for the revocation of Generalized Scheme of Preferences Plus (GSP+) which gives the country the privilege of exporting zero-duty merchandise to the member states of the EU.

In response to this, Palace spokesman dared European lawmakers to “go ahead” with their push to revoke the country’s tariff perks.

With EU’s resolution, Zarate said that Bayan Muna hopes that plans to further harass the media, the critics of the administration and the opposition be finally put to a stop.

“As it is now, the Duterte administration is already known widely as a violator of human rights and as an opponent of press freedom and freedom of expression,” Zarate said.

“We have long been calling for an independent international probe on the spate of killings in the country like that of Bayan Muna coordinator Jory Porquia, Randall Echanis and Zara Alvarez,  as well as other human rights violations. This is a push in the right direction,” he added of the resolution.