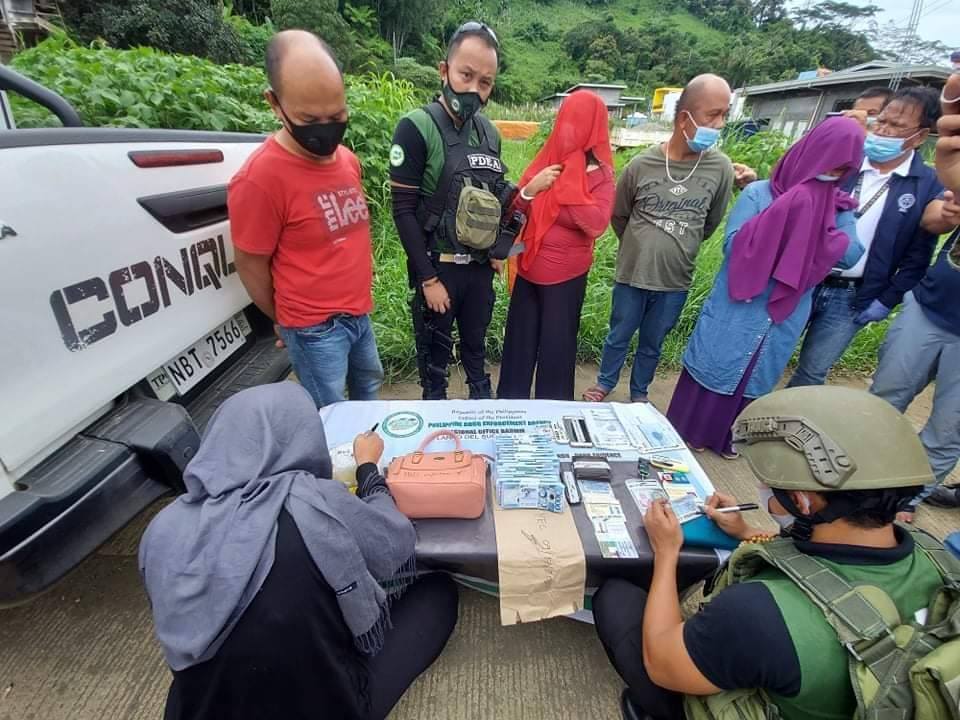 The arrested drug suspects stand as law enforcers document the items seized from them, including a kilogram of shabu worth some P6.8M, after a buy-bust operation in Marawi City on Sept. 17. PDEA PHOTO

COTABATO CITY—Policemen, soldiers and anti-narcotics agents arrested three local politicians and an associate in Lanao del Sur allegedly involved in the drug trade and seized some P6.8 million worth of crystal meth, or shabu, in a buy-bust operation in Marawi City on Thursday (Sept. 17).

Azurin said the suspects fell in an entrapment operation set up with an undercover agent supposedly buying one kilogram of meth, worth at least P6.8 million in the streets.

The sale was consummated at Matampay village in Marawi City. As the 1-kg meth was being handed over, law enforcers immediately swooped in.

Azurin said the suspects did not resist arrest.

Aside from the illegal drugs, two luxury vehicles driven by the suspects to the area had been seized, too.

The four suspects are now detained in the Lanao del Sur police office.