No letup in drug killings during lockdown, says rights watchdog 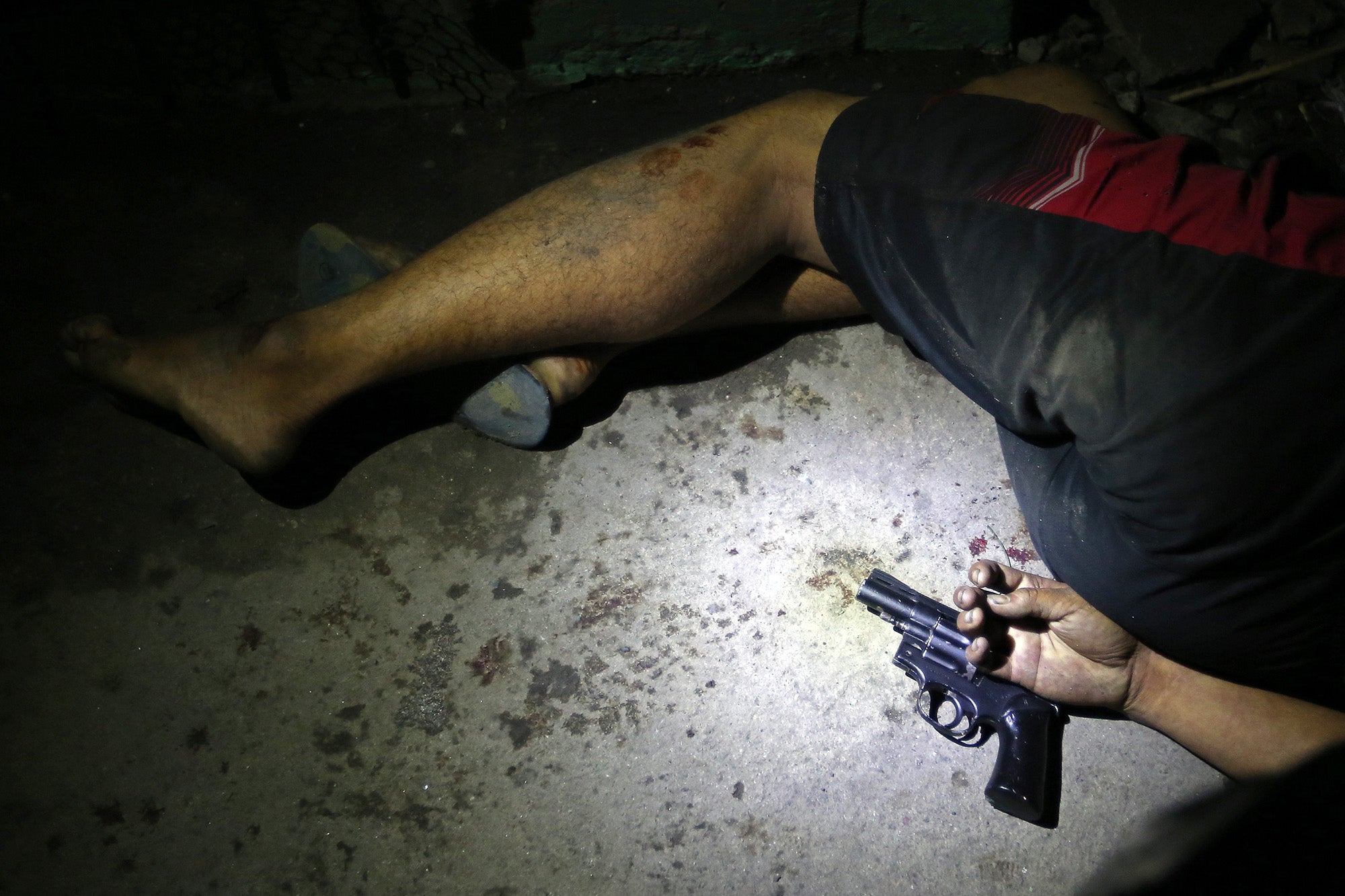 President Duterte’s brutal war on drugs worsened at the height of the COVID-19 pandemic, according to an international rights group, which expressed alarm at the rising body count while the Philippines faced one of the worst coronavirus outbreaks in Southeast Asia.

In a report released on Wednesday, researcher Carlos Conde of the US-based Human Rights Watch noted that the Philippine National Police killed 50 percent more people between April and July 2020 than it did from December 2019 to March 2020.

This was based on the government’s own official figures, which said that 155 people were killed in antidrug operations in the first four months of the pandemic.

In light of the rising number of killings, Conde said the Human Rights Council should “once again tackle the issue of rights abuses in the Philippines.” The council was scheduled to hold its meeting in Geneva, Switzerland, from Sept. 14 to Oct. 6.

“The government is expected to continue to deny the allegations rather than offer a constructive response. But as the government’s own statistics show, the atrocities in the ‘drug war’ have worsened, even as the country suffers the worst in the region from the pandemic,” he said.

According to the coronavirus tracking by the Johns Hopkins University as of Sept. 10, the Philippines had the most number of recorded coronavirus cases among the 10 members of the Association of Southeast Asian Nations with 248,947 and second only to Indonesia with the most number of COVID-19 deaths at 4,066.

The Philippine Drug Enforcement Agency (PDEA) in July 2020 reported a total of 5,810 people killed in alleged gunfights during police antidrug operations since the campaign began when Mr. Duterte took office in June 2016.

The number of deaths in such operations “jumped dramatically from the 26 deaths recorded by the PDEA in five months from July to November 2019,” Conde noted.

The official death toll in the drug war is much lower than the 25,000 estimated by rights groups, which reported that many of the victims were killed by unidentified assailants believed to be police, or vigilantes operating in coordination with them, Conde said.

A resolution by the UN Office of the High Commissioner for Human Rights in June 2019 cited a death toll of around 8,600.

The antidrug campaign in 2021 will get a funding boost if Congress approves a proposed P2.6-billion budget for the PDEA, which is under the Office of the President, and a P190.5-billion budget request for the PNP, which includes P165.4 billion for crime prevention and suppression.

In his budget message, Mr. Duterte said “our battle against illegal drugs is not yet over,” adding that “[t]he treatment and rehabilitation centers for drug abuse will resume their admissions and activities following the adjusted protocols to prevent the spread of COVID-19 in their facilities.”

The allocation for the PNP is the biggest chunk of the P246.1-billion proposed budget of the Department of the Interior and Local Government, which has overall supervision over the police.

The PNP said that under its crime prevention and suppression program, P148.7 billion would be spent in the campaign against drug trafficking, kidnapping, trafficking of women and minors, smuggling, carnapping, gunrunning and illegal fishing.

The money would also fund patrols and “other related confidential activities against dissidents, subversives, lawless elements and organized crime syndicates.”

A total of P1.15 billion was allocated for intelligence and counterintelligence activities and P721.6 million for the PNP’s crime investigation program.The Philippine Anti-Illegal Drugs Strategy will get P546.2 million.

The PNP also allocated P1 billion under the proposed budget to end the communist insurgency.

Read Next
Manila Bay ‘white sand’ tested anew
EDITORS' PICK
Manila is 78th most expensive city in the world for foreign workers
TeaM Energy pushes development programs to help in pandemic rebound
Want to help local farmers? Shop small and eat Real Food
Piolo Pascual: The Ultimate Heartthrob continues to level up
ICC is everything but a court of ‘white people’
Garcia softens stance, meets IATF halfway on swab-upon-arrival policy
MOST READ
Sharon Cuneta on living in the US: ‘Nagagawa ko lahat ng normal na bagay’
Mike Nieto asks fans: ‘No below the belt remarks’ toward South Korea
ICC is everything but a court of ‘white people’
Duterte-Duterte tandem possible but ‘winnability is another question’ — Binay
Don't miss out on the latest news and information.