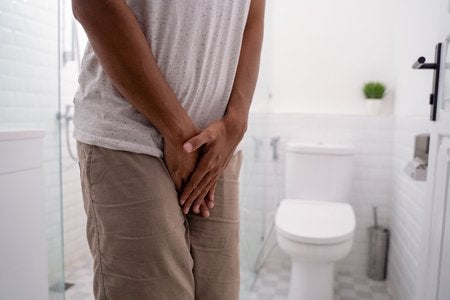 A teenage boy was rushed to a hospital after a 4-foot python bit his penis while he was on a toilet last Tuesday, Sept. 8.

Siraphop Masukarat, 18, suffered the bite in his home in Nonthaburi, Thailand, as per Viral Press via The Sun the next day. Once he felt the pain, he immediately looked down and saw the snake’s jaws clamped on the tip of his penis.

“Then there was blood everywhere,” he recalled. “It was only a small snake but its bite was so strong.”

He then screamed in horror as he stood up with the snake still biting at his penis and slammed the door on the python to discharge it, the New York Post reported. After letting go of Masukarat’s penis, the animal slithered back to the toilet bowl.

Following the incident, emergency personnel rushed the teen to a hospital to treat his injury. Doctors later stitched the wound and sterilized it with antibiotic wash. His mother, Sutapath, learned that the python was non-venomous.

“The doctor said my penis can be used as a normal soon,” Masukarat was quoted as saying.

While the teen continues to heal in the medical center, his mother noted that he will probably be wary whenever he uses the toilet from now on.

Meanwhile, authorities managed to remove the reptile from the toilet in their home. According to the report, it has since been released into the wild. Ryan Arcadio /ra