The snake was nearing the family’s two sons while they were cleaning the dog Zeus’ water dish outside their home in Sumter County, Florida in the United States. 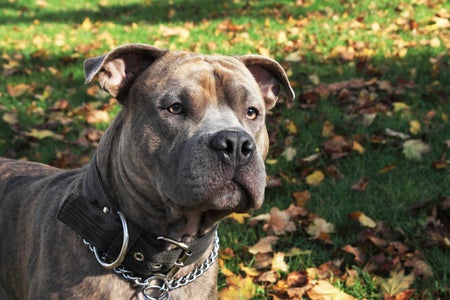 “All of a sudden, he started attacking the snake which was close to my son and he was bit four times,” Gary Richardson, the father of the boys, told Fox-affiliate WOFL on Thursday, Sept. 26.

After the incident, the family brought Zeus to a veterinarian in Ocala. Despite receiving antivenom to treat his injuries, the report stated he passed away on Tuesday, Sept. 24.

“He’s been a member of the family,” Richardson’s wife Gina said. “It just killed us. We just knew the antivenom was going to work.”

Zeus has lived with the Richardsons since he was born in January.

“Pitbulls are the most loyal dog I know of, and I’ve had a lot of different animals in my life,” Richardson told the news outlet.

“If you find [a pit bull] that’s aggressive, most likely, it’s because they weren’t treated right,” Gina added. “If you treat them right, they would give their life for you and I owe my son’s life to him.” Ryan Arcadio/JB