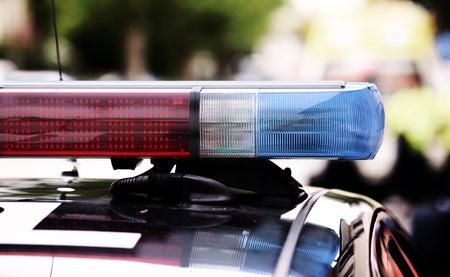 A 12-year-old boy was suspended from school for showing his toy gun during an online class and was visited by police in what the parents have described as a “traumatizing” ordeal.

Isaiah Elliott got a five-day suspension from the Grand Mountain School in Colorado, USA, because of the toy gun, as per NBC affiliate KOAA on Sept. 3.

The toy, a Umarex airsoft bb gun, had a green barrel, an orange disc tip and had the words “Zombie Hunter” written on the side.

Isaiah’s mother, Danielle Elliott, said she received an email from her son’s teacher, Danielle Selke, notifying her that the boy had trouble paying attention in class and that he was showing the gun.

Danielle told the teacher that it was only a toy, although she learned later that the school resource officer was being brought in, the report said.

The teacher said that she had contacted the principal, who in turn told Isaiah’s parents that they had called the police, who were on their way to the family’s house.

Danielle said that she was very worried over the whole ordeal as they are Black Americans, pointing out the police killing of Tamir Rice, the same age as Isaiah, who also had a toy gun when he was shot in 2014.

“Especially with the current events, with Tamir Rice, a 12-year-old boy getting killed over a toy gun, you know these things are very scary and they’re very real,” the mother was quoted as saying.

“This is not the first time my son has faced racism or discrimination or anything like that,” she added.

Danielle also stressed that Isaiah has been traumatized because of the incident and that she has since removed him from the school and is seeking to enroll him somewhere else, the report said.

She added that if the school was concerned with his son’s safety, they should have called her first and not send the police over to their house and “give them this preconceived notion that my son is some sort of trouble maker.”

The school’s said resource officer, Deputy Steven Paddack from the El Paso County Sheriff’s Office, said in his report that Selke told the vice principal that she “assumed it was a toy gun but was not certain.”

Paddack watched a recording of the said online class session and noted that Isaiah and an unidentified classmate were “playing around,” saying the other child was pointing a toy gun at the screen pretending to pull the trigger. He has since visited both of the students’ houses.

Isaiah’s parents also brought up that they were surprised that the students’ online class sessions, which require them to turn on webcams for attendance, were being recorded without their permission.

In an interview with Fox affiliate KDVR on Sept. 3, Danielle also noted that “it would’ve been a lot easier for me to understand if my son had made a threat.”

Isaiah’s father, Curtis Elliott,  also said that Isaiah was in tears when the police came and that he feared for his son’s life as the police might overreact that a Black kid potentially had a gun.

He also said that the school refused to provide them the recording of the class, but an unidentified sheriff’s deputy apparently recorded the clip and allowed Curtis to watch.

The father noted that in the clip, Isaiah was sitting on a sofa and only moved the toy gun from his right side to his left side, making the toy gun visible on the webcam.

The Widefield District 3 has since sent a statement to both news outlets noting that privacy laws prevent administrators from sharing personal information of students, which include disciplinary action. Ian Biong /ra

Man receives over P6 million from wife for ‘racial discrimination’