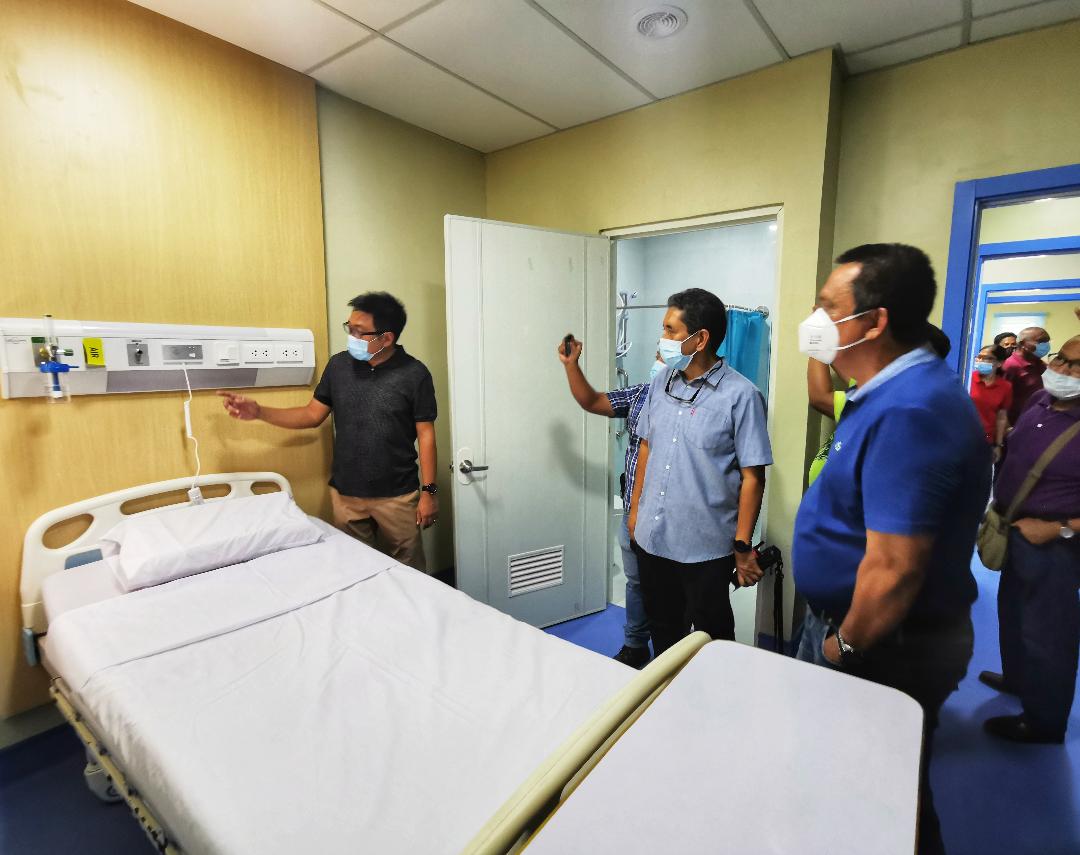 DUMAGUETE CITY–Negros Oriental’s first isolation facility opened on Monday (Sept. 7) after 60 days of construction at a cost of P46 million.

The two highest ranking officials of the province, Gov. Roel Degamo and Vice Gov. Edward Mark Macias, led a ceremony to open the facility which had been funded by the national government through the Bayanihan to Heal as One Act.

The quarantine facility has 34 isolation rooms, piped-in oxygen, a lab, generator and a morgue.

It will house mainly COVID-19 patients but may also accommodate patients ill with other infectious diseases, according to the officials.

“Even when the pandemic is over and we have a vaccine, we can use this to house patients with, say, meningococcemia and rabies,” Degamo told reporters. It wasn’t clear if rabies was also infectious, though, as it is commonly acquired through animal bites.

He said the building is structurally sound although it took only 60 days to put it together.

“We can immediately use this,” said the governor. The Department of Health (DOH), he said, allowed the facility’s use as an extension of the Negros Oriental provincial hospital.

Macias, the vice governor, described the facility as an investment in life insurance.

“Like life insurance it’s good that we have this facility, but we don’t want to be forced to use it,” said Macias. “Even with this new facility, we hope that we may not have to use it,” he said.

“But just in case, we are ready with this facility,” he added.

Macias also said that on Tuesday (Sept. 8), the Energy Development Corp. will turn over to the provincial government at least two machines that could conduct polymerase chain reaction (PCR) tests for coronavirus, which detects antigens, or foreign matter in the human body that could include viruses.

The machines will be used for Negros Oriental’s coronavirus testing labs and were expected to yield results faster as samples from patients need not be sent to Cebu anymore for the tests.

“With this, we can test more people and we can have a faster response,” said the vice governor.