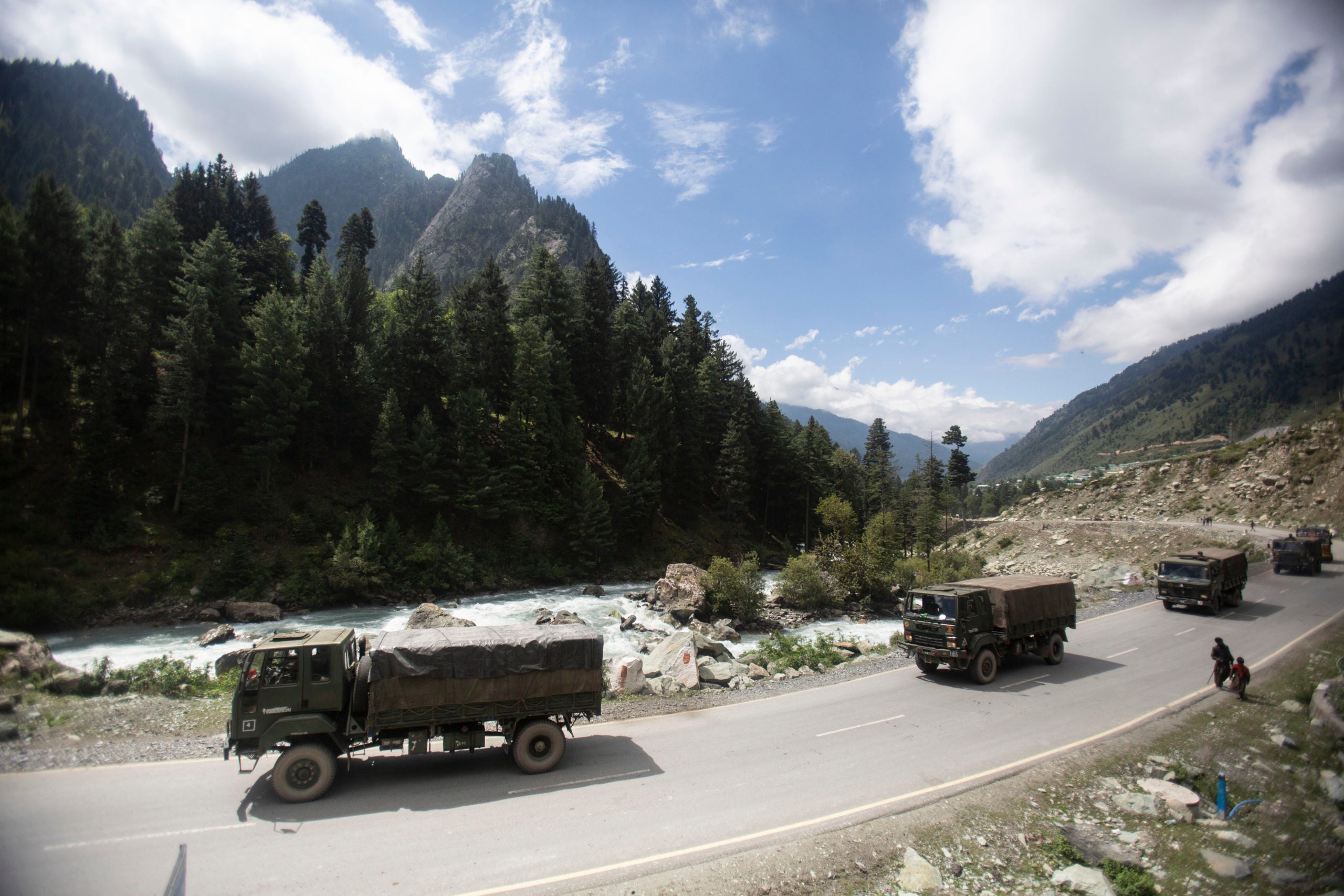 NEW DELHI  — The defense ministers from India and China have met in the Russian capital as the two sides try to lower rising tensions along their disputed border in the eastern Ladakh region, where a June clash killed 20 Indian soldiers.

At the meeting Friday with China’s Gen. Wei Fenghe, India’s Rajnath Singh said that “the current situation should be handled responsibly and neither side should take any further action that could either complicate the situation or escalate matters in the border areas,” the Indian defense ministry said in a statement.

It was the first high-level direct contact between the two sides since the standoff erupted months ago in the Karakorum mountains. The foreign ministers and other officials of the two countries have been speaking over the phone since the standoff started in May.

The ministers met on the sidelines of a gathering of the defense chiefs of the Shanghai Cooperation Organization. The body comprises China, India, Pakistan, Russia, Kazakhstan, Kyrgyzstan, Tajikistan, and Uzbekistan.

“Peace and security in the region demand a climate of trust, non-aggression, peaceful resolution of differences and respect for international rules,” Singh said at the meeting.

Wei told Singh the sides should “cool down” the situation and “maintain peace and tranquility,” the Chinese Ministry of Defense said on its website. However, it said responsibility for the tensions “lies completely with India.”

“Not one inch of Chinese territory can be lost,” the Ministry of Defense said.

India’s Defense Ministry said in a tweet that Singh conveyed to his Chinese counterpart that “the two sides should continue their discussions, including through diplomatic and military channels, to ensure complete disengagement and de-escalation and full restoration of peace and tranquility along the LAC (Line of Actual Control) at the earliest.”

The tweet came as local Indian and Chinese military commanders met for a sixth straight day Saturday at a border post to iron out differences in the Chushul area in Ladakh, where new flashpoints emerged last week, said a top military officer, who spoke on condition of anonymity because he was not authorized to talk to reporters. He did not provide any details.

The disputed 3,500-kilometer (2,175-mile) border between the world’s two most populous countries stretches from the Ladakh region in the north to the Indian state of Sikkim. The latest standoff is over portions of a pristine landscape that boasts the world’s highest landing strip and a glacier that feeds one of the largest irrigation systems in the world.

Both sides accuse the other of provocative behavior including crossing into each other’s territory this week, and both have vowed to protect their territorial integrity.

The two nations fought a border war in 1962 that spilled into Ladakh and ended in an uneasy truce. Since then, troops have guarded the undefined border area, occasionally brawling. They have agreed not to attack each other with firearms.

Rival soldiers brawled in May and June with clubs, stones, and their fists, leaving 20 Indian soldiers dead. China reported no casualties.

Both sides have pledged to safeguard their territory but also try to end the standoff, which has dramatically changed the India-China relationship. Several rounds of military and diplomatic talks on the crisis have been unsuccessful.