No more kissing of sacred images for Quiapo devotees 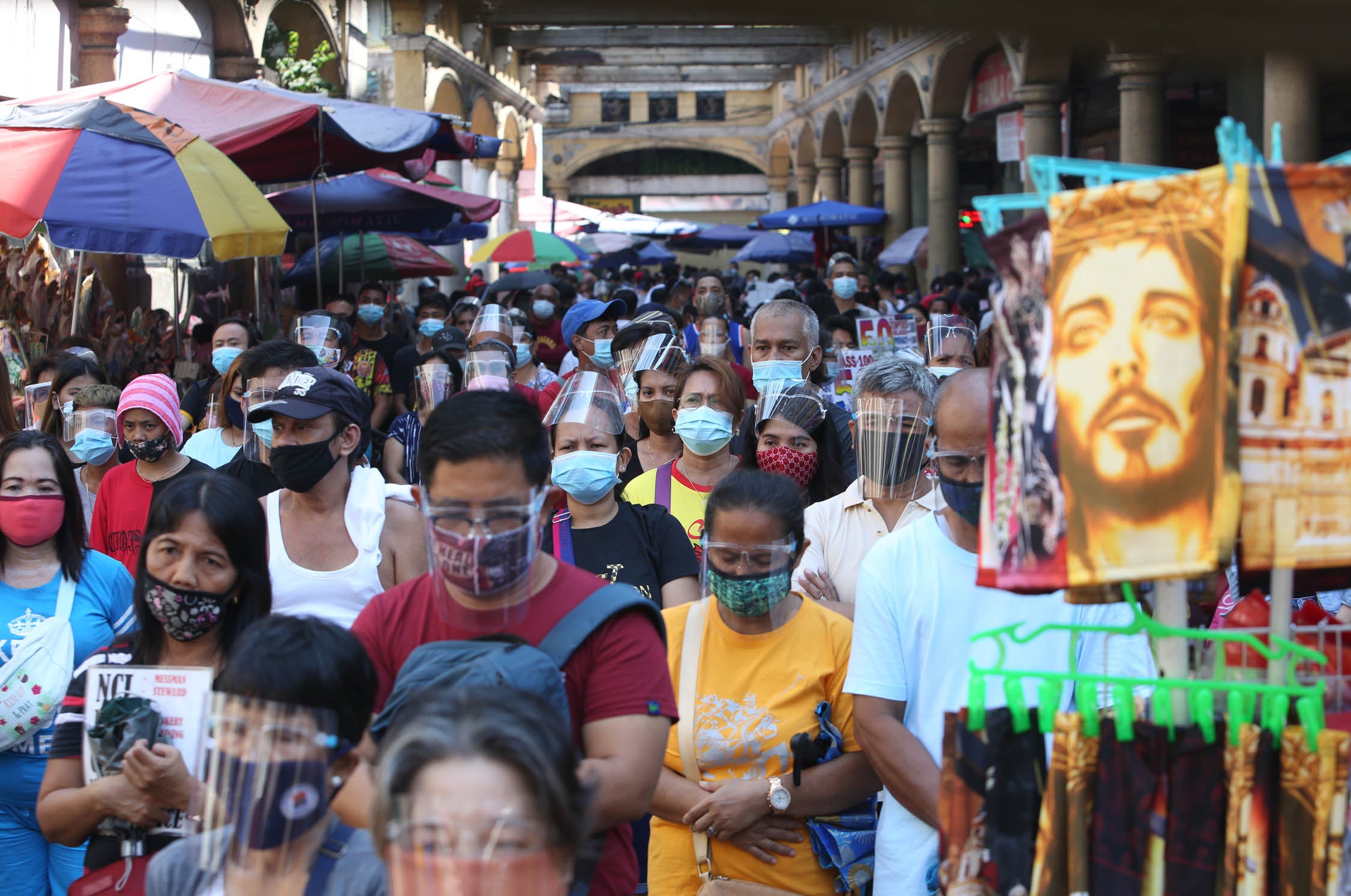 FRIDAY PRAYER Hundreds of Catholics join the celebration of the first Friday Mass in September outside Quiapo Church in Manila, which restricted the entry to not more than 10 percent of its capacity in accordance with health regulations to contain the spread of COVID-19. —MARIANNE BERMUDEZ

MANILA, Philippines — Even as the national government has limited the attendance of religious gatherings to 10 percent of the churches’ capacity, churchgoers still find it a challenge to practice social distancing.

Msgr. Hernando Coronel, rector of the Minor Basilica of the Black Nazarene (Quiapo Church), said physical distancing was a challenge as thousands of faithful still come to church amid the pandemic.

“It is a challenge through the week to enforce social distancing at Plaza Miranda; it was not easy in Carriedo and Quezon Boulevard … As of this hour, people are able to keep a distance,” Coronel told the Inquirer.

On First Friday, several hundreds of devotees came to Quiapo Church but only 100 people were allowed every Mass inside the church. The others are left to hear the Mass outside the church, with an attempt to practice physical distancing.

Coronel said on regular days, they had church visits from 4,000 people.

In compliance with health measures, Coronel said there would be no more kissing of sacred images.

Instead of “Pahalik,” he said what they had at the Carriedo side was “Pasulyap” or “Pagtanaw.” “Even Jesus is physically distant,” he said.

In Pasulyap, the people may fall in line to “see and pray to Jesus” for a minute. Touching the black Nazarene is not allowed but they can kneel down. Face-to-face confession is conducted but they have placed a glass barrier between the priest and the penitent.

The distance between the two, he said, was “ close enough to hear the confession and far enough to prevent the transmission of the virus,” he added.

Catholic churches in Manila under general community quarantine, he said, had resumed performing special sacraments like confession, baptism and even weddings.

Temperature checks are done and the use of alcohol, masks and face shields are enforced inside and around the church area. Church personnel also direct churchgoers to leave their information for contact tracing.

Despite the limitations, Coronel said he admired the effort of the faithful to go to Quiapo, even in the absence of jeepneys and other means of transportation. Some attendees, he said, would walk very early to the church.

Several miracles, he said, had happened since the past weeks because of prayer. Coronel said it was good that people go to church and find God in churches.