MANILA, Philippines — If they would have their way, government censors could spoil one of the few things Filipinos still enjoy during the pandemic by chopping or completely banning the movies they would be binge-watching on Netflix.

Speaker Alan Peter Cayetano and Senate Minority Leader Franklin Drilon on Friday said they would have none of that and criticized a plan by the Movie and Television Review and Classification Board (MTRCB) to censor shows on digital video streaming services.

Sen. Grace Poe, a former MTRCB chair, also opposed such a move, saying it was “counterproductive and ridiculous.”

“I am personally against it,” she said.

Speaking at a hearing of the Senate trade committee on Thursday, MTRCB legal affairs division chief Jonathan Presquito said “we have to regulate” the contents of Netflix and other online movie streaming platforms, which became more popular during the lockdown to contain COVID-19.

One of the “regulatory” powers and functions of the MTRCB is to approve or disapprove or delete “objectionable portions” from movies and television shows or ban them completely.

Reacting to Presquito, Cayetano said on Facebook: “This is the kind of bureaucratic thinking that gives government workers a bad name …. Our countrymen have so many problems and this is what the MTRCB chooses to prioritize?”

Cayetano said the plan to censor Netflix was absurd. He said the MTRCB should instead help the struggling entertainment industry, such as improving the plight of Filipino actors, filmmakers and other creative agents.

The 1985 decree which created the MTRCB said its function was not only to review and censor foreign and local films and television programs but to also “initiate the plans and cooperate with the industry to improve, upgrade and make viable the industry as one source of fueling the national economy.”

“The irony here,” Cayetano said, “is while Congress and other government agencies are doing everything it can to open up lines of communication with the public, and increase transparency, the MTRCB is focused on the outdated mindset of information regulation and censorship.”

“What decade is it anyway? What makes this even more mind-boggling is that, in the first place, MTRCB has no jurisdiction over Netflix and other online content,” the Taguig lawmaker said. 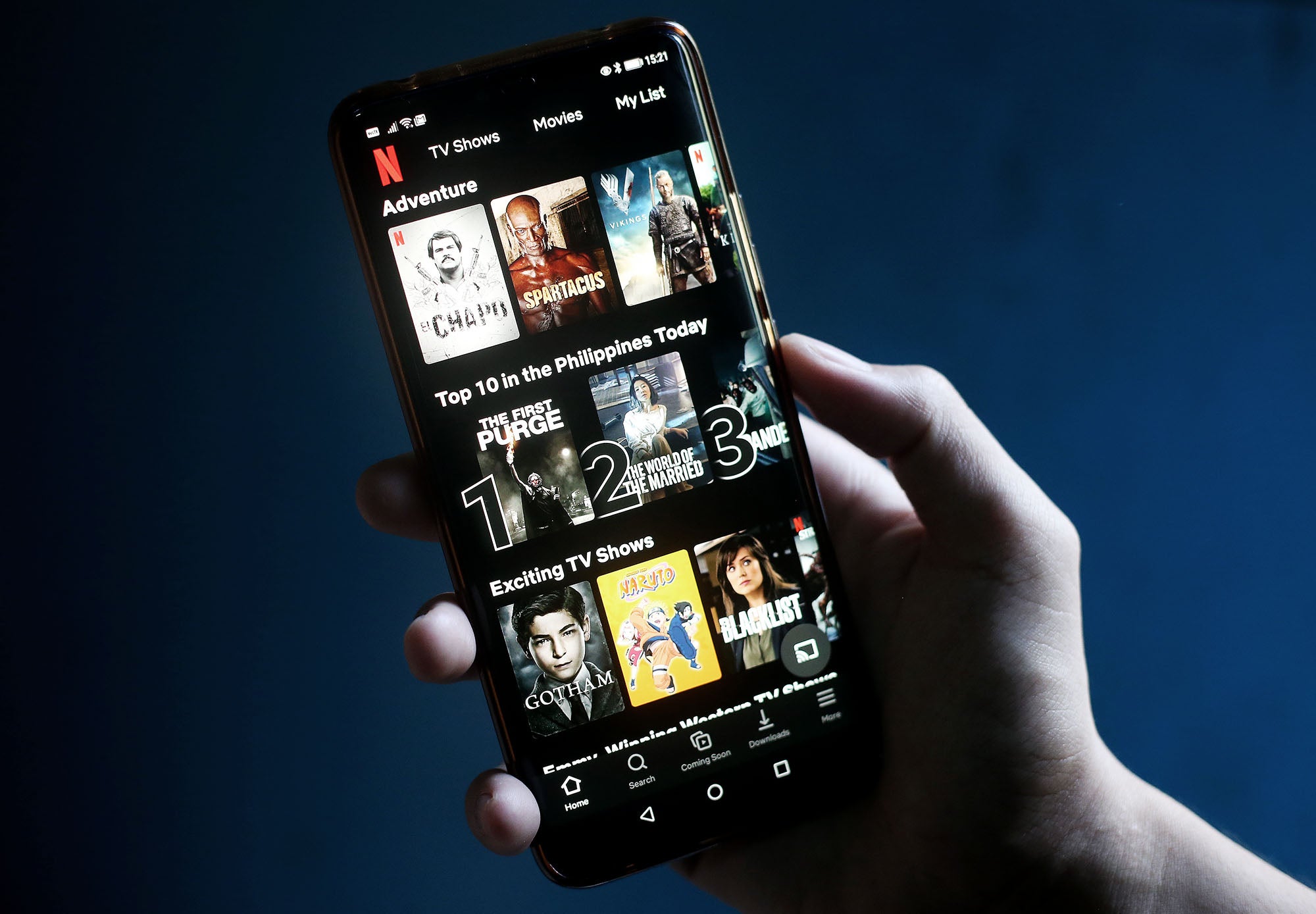 READY TO CUT The Movie and Television Review and Classification Board says it wants to “regulate” Netflix and other video streaming platforms. —RICHARD A. REYES

The MTRCB was established a few months before the ouster of dictator Ferdinand Marcos, replacing his decades-old Board of Censors for Motion Pictures.

Drilon pointed out that the regulatory body was created by Marcos “as a tool for censorship” and to stop the prevalence of crime and sex-themed movies at the time.

“It is unfortunate that the MTRCB has not been able to evolve and rise above its martial law origins inclined toward censorship and has not been a driver of self-regulation in the industry,” Drilon said in a statement.

“It should focus its efforts on being an instrument to improve the quality of content being produced, instead of being a tool for censorship,” he said.

But the veteran lawmaker said regulating Netflix, Amazon Prime Video and other video streaming apps would be “impractical” as they offer thousands of films that subscribers could watch anytime on the internet.

Drilon, a former justice secretary, also reminded the MTRCB that regulating the contents of online movie services would contravene the 1987 Constitution, which prohibits prior restraint on mass media and guarantees the right to free expression.

Instead of imposing regulations, he said the MTRCB should promote self-regulation, which is what Netflix has been doing through the ratings of the movies that its users may access using their subscriptions.

“The ratings are very specific,” Drilon said. “Upon subscription to Netflix, the parents can set what content their children can view. It has mechanisms that limit children’s access, a feature that free TV does not have.”

“If the platform is able to effectively self-regulate and has installed features through which access, particularly by certain age groups can be limited, then there is no role left for the MTRCB to play,” he said.

Poe also supported self-regulation since the board’s “main role is to classify” movie and TV shows.

“As it is, there isn’t enough manpower or even resources to view or evaluate every single program on cable [television],” she said.

Cayetano said he would give MTRCB officials a chance to explain “how they came up with this ridiculous idea” when they are called to a hearing on their budget.

Read Next
DOH reports steep drop in dengue cases
EDITORS' PICK
DOH: 28,471 new COVID-19 cases in PH; active cases now 284,458
On Day 2 of implementation, gov’t says workers now exempt from ‘no vax, no ride’ policy
Over 3 Million worth of prizes to be won at Smart Padala’s SENDali Manalo Promo!
Acer starts the year off strong with the Aspire Vero National Geographic Edition
Metro Manila posts lowest temperature yet this ‘amihan’ season at 19°C
Gear up and get ready to play with Yamaha Mio Gear
MOST READ
Lucky plants to grow in 2022
Derek Ramsay on being married to Ellen Adarna: ‘Gumaan ‘yung mundo ko’
Cristalle Belo on raising her kids in Australia: ‘We set limits’
Unvaccinated has rights but also has limits—DOJ
Don't miss out on the latest news and information.