ILIGAN CITY — Former Ozamiz City Councilor Ricardo Parojinog, believed to be the leader of the notorious Kuratong Baleleng Gang, was found dead inside his detention cell at the Ozamiz City Police Station on Friday, according to the Philippine National Police.

Parojinog’s death appeared to be a crippling blow to the infamous Kuratong Baleleng Gang, which has figured in several daring crimes that date back to the 1990s, shortly after it was established—allegedly with military backing—as an anti-communist vigilante group in 1986.

Parojinog, 57, was unresponsive when police tried to wake him up around 6 a.m. for a hearing at the Ozamiz City Regional Trial Court, said Police Brig. Gen. Rolando Anduyan, chief of the Northern Mindanao regional police.

“The cause of death is cardiopulmonary arrest secondary to cardiovascular disease and probable COVID-19,” Anduyan said in a telephone interview with the Inquirer.

He said Dr. Maria Florelyn Yrog-Irog of the Ozamiz City Health Office examined Parojinog’s body and a swab test was conducted to determine if Parojinog had the new coronavirus.

Anduyan said Parojinog’s body was later brought to a funeral parlor in the city and would remain there until his COVID-19 test results is released. If the swab results turn out positive, Parojinog would be buried immediately.

But PNP chief Police Lt. Gen. Camilo Cascolan still ordered an investigation of the death and directed Anduyan to place the Ozamiz City police chief and policemen who were on duty at that time under restrictive custody, said PNP spokesperson Brig. Gen. Bernard Banac. 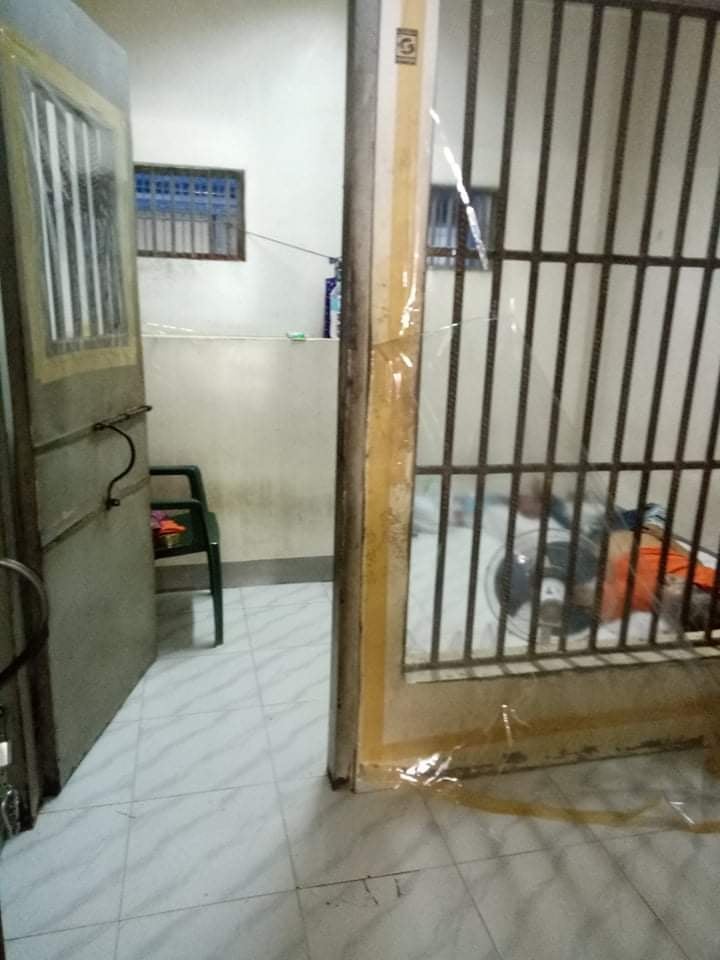 Cascolan also ordered the investigation of the security team of the PNP Custodial Center that escorted Parojinog from the PNP’s Camp Crame headquarters in Qurezon City, where he was detained, to Ozamiz City, where he was to attend a hearing of one of the charges against him.

Anduyan said he had complied with the orders from Camp Crame and crime scene investigators found no evidence of foul play in Parojinog’s cell.

Anduyan said that while probers did not find bruises, stab wounds or signs of strangulation on Parojinog’s body, the police had not yet ruled out foul play.

“We cannot outright rule out [foul play], we have to complete the investigation,” he said.

Parojinog was the younger brother of ex-Ozamiz Mayor Reynaldo Parojinog, whom police believed to have been the leader of the Kuratong Baleleng Gang.

Reynaldo, his wife, Susan, and brother Octavio Jr. were killed along with several others during a deadly raid on their home in Ozamiz City on July 30, 2017. The raid also resulted in the arrest of Reynaldo’s children, former Ozamiz City Vice Mayor Nova Princess Parojinog and Reynaldo Jr.

Reynaldo Jr. was convicted of illegal possession of illegal drugs in May 2019 and sentenced to life imprisonment. Nova Princess is detained in Quezon City pending her trial for drug and firearm possesion. 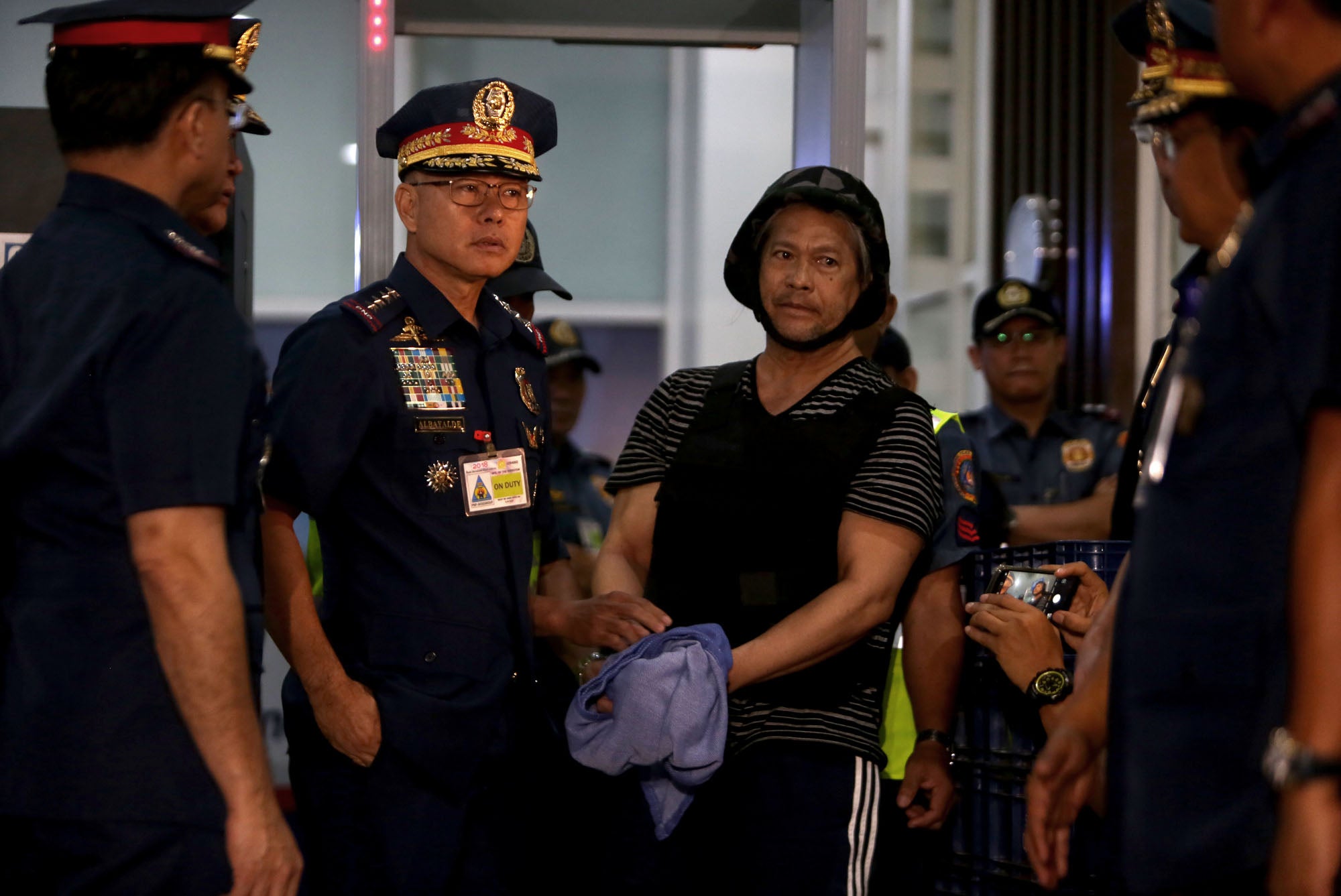 FUGITIVE Then Philippine National Police chief Oscar Albayalde personally received former Ozamiz City Councilor Ricardo Parojinog on July 27, 2018, after his repatriation from Taiwan where he fled after his brother Reynaldo was killed in a police raid the year before. —INQUIRER FILE PHOTO

Shortly after the July 2017 raid, Ricardo, who was believed to have taken leadership of Kuratong Baleleng after Reynaldo’s death, attempted to flee the country but was arrested in Taiwan in July 2018 for using spurious travel documents. He was repatriated in September 2018.

But the death of Ricardo, known in Ozamiz as “Ardot,” not only put an abrupt stop to the pending criminal charges against him but also raised questions about who would be the next leader of Kuratong Baleleng.

Kuratong Baleleng was established in 1986 by Ricardo’s father Octavio Parojinog Sr., a scion of a migrant family from Cebu with business and political connections all over Mindanao, where they were believed to have operated the illegal masiao numbers game.

Mindanao folk claim that the gang was meant to be a militia against communist rebels, but they soon turned to crime and the military wanted to shut down the group in 1990 by arresting Octavio, but he was killed when he resisted arrest.

Their crimes are believed to include the smuggling of some P600 million worth of rice and sugar through the Ozamiz port and the kidnapping of Taiwanese trader Jack Chou.

By 1995, Kuratong Baleleng had become so notorious that it became a target of the Presidential Anti-Crime Commission (PACC), then headed by senior police official Panfilo Lacson, who is now senator.

The killing of 11 Kuratong Baleleng members in May 1995 became a drawn-out legal problem for Lacson for at least eight years while Renato Parojinog kicked off his political career in Ozamiz.

Renato, however, was also killed in 2002 after he was shot in the chest while walking along Kalaw Street in Manila. The police believe that Renato was succeeded by his older brother Reynaldo in that year and then by Ricardo in 2017.