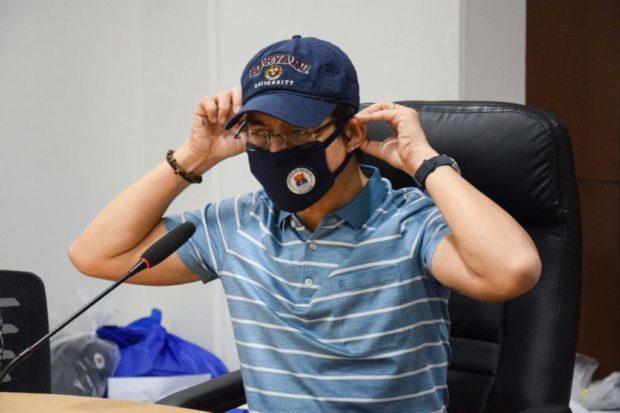 MANILA, Philippines — The Manila City government and the Manila Police District (MPD) are now investigating an incident wherein several used rapid test kits for COVID-19 were improperly disposed of, some 200 pieces even ended up scattered all over the street in Sampaloc, Manila Tuesday night.

In an interview with reporters on Wednesday, Manila Mayor Francisco “Isko Moreno” Domagoso warned to file complaints and close down clinics, laboratories, and business responsible  for the improper waste management or failure to properly dispose of hazardous waste.

(There is someone responsible for this and we are now looking at where the hazardous materials that were improperly disposed of came from.)

“We can locate maybe the clinic, maybe a private office, maybe a hospital, or maybe a laboratory. [The MPD said] they are looking already at sinisiyasat na ‘yung nangyari (and investigating the incident),” he added.

A closed-circuit television camera footage showed the test kits falling off from a garbage bag loaded on a sidecar of a scavenger’s pedicab.

(We immediately deployed DPS personnel to cleanup the street of the used rapid test kits. The good news is, we know that it fell from the garbage bag unintentionally.)

The official also noted that the city government has already stopped using rapid test kits since July 15 after purchasing serology testing machines for the coronavirus disease.

Moreno then assured that the local government strictly complies with Republic Act No. 6969 or the Toxic Substances and Hazardous and Nuclear Wastes Control Act of 1999 and the Republic Act No. 9003 or the Ecological Solid Waste Management Act of 2000 in disposing of used rapid test kits.

He said the Manila City government’s health department and six district hospitals have been strictly complying with protocols on the disposal of hazardous waste.

Meanwhile, test tubes, gloves, cotton balls, pipette tips, and used personal protective equipment are placed in a plastic bag before disposal, according to the mayor.

In a text message to reporters, the Manila Public Information Office said that the used test kits would not have ended up in the hands of a scavenger if the establishment complied with the proper disposal of the used test kits.