RAMON, ISABELA–Eight pigs that possibly died of African swine fever (ASF), were dumped in an irrigation canal in a subdivision here, authorities said.

Cayetano Absalon, a resident of the village of Bugallon Proper, on Sunday (Aug. 30) found the dead pigs in the open waterway in front of the subdivision.

The carcasses were in an early stage of decomposition but it was not immediately known where these came from.

Villagers said the dumping of the dead pigs was “irresponsible,” sparking fears that it would contaminate the water in the irrigation channel.

Local veterinarians said they would investigate the case and file charges against those behind the improper disposal of the dead pigs.

Dora Dancel, another villager, said more dead pigs were dumped in a river here at the onset of the latest ASF outbreak in the first week of July. 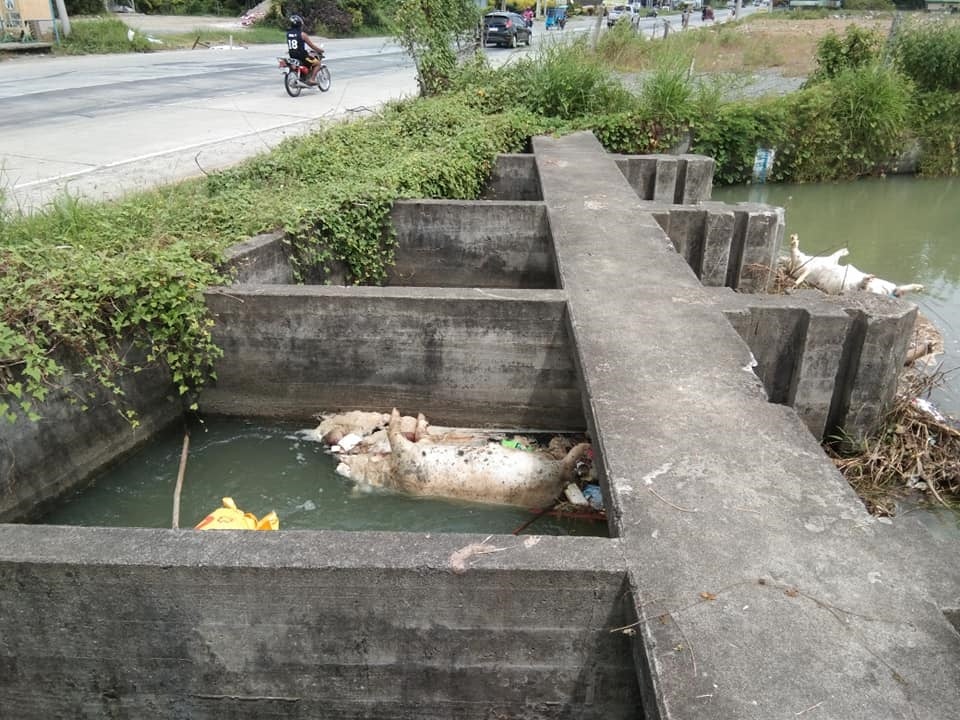 Dead pigs believed to have died of African swine fever (ASF) are dumped in an irrigation canal in a subdivision in Ramon town, Isabela province which is reeling from an outbreak of ASF. CONTRIBUTED PHOTO

At least 1,500 pigs had been culled since the virus resurfaced in the province, threatening the livelihood of 200 hog raisers here and in the towns of Quezon, Roxas, Aurora, Luna and San Mateo.

The provincial government has set up border checkpoints to contain the infestation and prevent the entry of ASF-infected pigs and pork products.

Except for Cordon and Jones, these towns are near Tabuk City in Kalinga province, where ASF cases were also recorded in January.