Pandemic not an excuse for incompetence, says ex-Ombudsman Morales 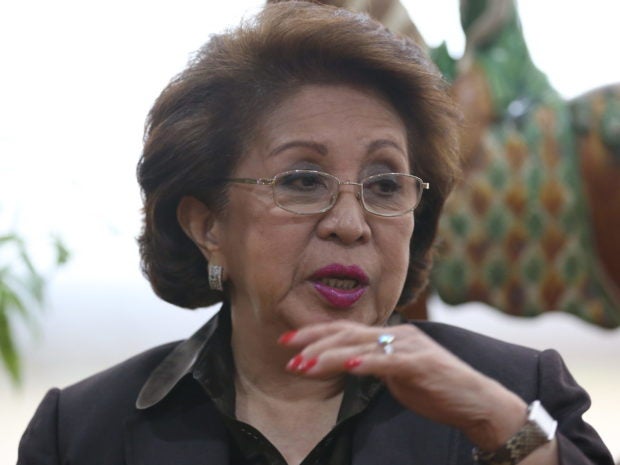 MANILA, Philippines — Government officials should not use the ongoing COVID-19 pandemic as an excuse for shortcomings and incompetence, former Ombudsman Conchita Carpio-Morales stressed on Friday.

Speaking before graduates of the University of the Philippines (UP) College of Law, Morales noted that while people are living in unprecedented times with the last pandemic being over a century ago, this should not be a reason to relax standards on politicians and even allow the disregard of laws.

“This pandemic is a first of its kind in recent times.  Given the novelty of the global dilemma, others are positing that we can afford to give our leaders some slack, considering that nobody had heretofore dealt with this gargantuan problem of this magnitude,” she said in UP Law’s online Commencement Exercises.

“I must say that it is, however, not an excuse for incompetence.  It is not an excuse to run roughshod of the fundamental laws.  In fact, it is in darkest hours that competent leaders are tested under extreme circumstances,” she added.

Morales also urged the public to closely watch how government officials would use powers granted unto them during the pandemic.

The former Ombudsman did not mention it, but there are several guidelines and actual laws that have given the executive branch more leeway compared to normal times.

One example is Republic Act No. 11469 or the Bayanihan to Heal As One Act, which allowed President Rodrigo Duterte to realign and reprogram funds in the 2020 budget towards programs related to the government’s COVID-19 response.

“The people should watch closely how the power wielders exercise the newly legislated powers on top of the vast array of already existing governmental powers.  Public officials thus need to account for use of the power,” Morales explained.

“The people deserve to check whether these public officials pass or fail this test.  If they seriously fail and commit abuse of such power, they should not go unpunished,” she added.

The government has been receiving flak for its supposed shortcomings in terms of the COVID-19 response.  As of now, the country has the highest number of coronavirus infections in the Southeast Asian region, with over 209,000 confirmed cases — of which 3,325 died while 134,474 recovered.

The worsening situation led to Vice President Leni Robredo asking whether there is any leader on top of the situation, to which Malacañang answered by saying that the COVID-19 response is enough.

Morales and officials of the current administration including President Duterte himself have butted heads back when she was still Ombudsman in the early parts of Duterte’s term.  The former Ombudsman once probed the Duterte family’s wealth, amid allegations that there are billions of pesos in the Chief Executive’s bank account.

In 2018, Morales revealed that Duterte’s son and Deputy Speaker Rep. Paolo Duterte was being investigated for alleged unexplained wealth back when he was Davao’s vice mayor.

Morales is actually related to the Dutertes by affinity.  She is the aunt-in-law of Presidential daughter and Davao Mayor Sara Duterte-Carpio, who is married to Morales’ nephew Maneses Carpio.

Near the end of her speech, Morales urged the graduating law students to maintain a sense of responsibility to the country, to be patriotic and choose the side where the people would benefit.

To ensure that they would be of help to the country, she reminded the graduates — who may be the country’s top lawyers in the coming years — to strike a balance between achievements and ethics.

“The ensuing period of years is the litmus test of how you are going to painstakingly apply the lessons and principles that your alma mater has so passionately instilled in you in the formative years of your professional life.  Fail them not,” she noted.

“May you balance or equate professional achievement with service that is ethical and accountable.  That way, you pay tribute to your alma mater that imbibed in you the virtue of love of country.  As the nation reels from this pandemic, the people have high expectations of you,” she said.