Duterte: Ombudsman has illegally obtained documents on my bank records 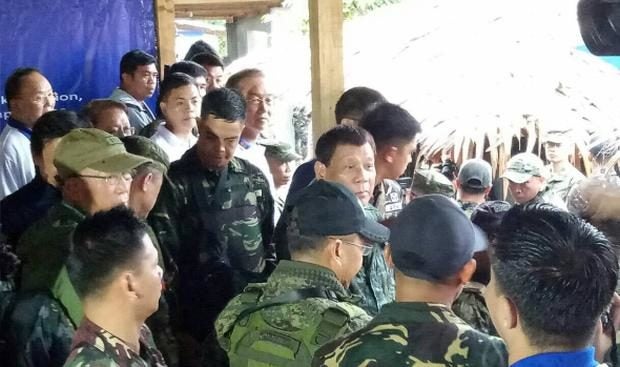 President Rodrigo Duterte visits strife-torn Marawi City for the sixth time on Monday, Oct. 2, 2017, to inaugurate the Bahay Pag-asa for the displaced residents of the besieged city.

The Office of the Ombudsman has illegally obtained documents regarding the bank records of President Rodrigo Duterte.

The chief executive himself made the statement on Monday in Marawi, where he attended the inauguration of Bahay Pag-asa, a project for the displaced people of the besieged city.

Duterte was referring to Ombudsman Conchita Carpio-Morales, who has authorized Overall Deputy Ombudsman Arthur Carandang to investigate the alleged unexplained wealth of Duterte that supposedly amounts to millions.

Morales has inhibited herself from acting on any case filed against the Duterte family. Duterte’s daughter, Davao City Mayor Sara Duterte, is married to Morales’s nephew, lawyer Manases Carpio.

The President had earlier called for the resignation of Morales for her “selective justice.”