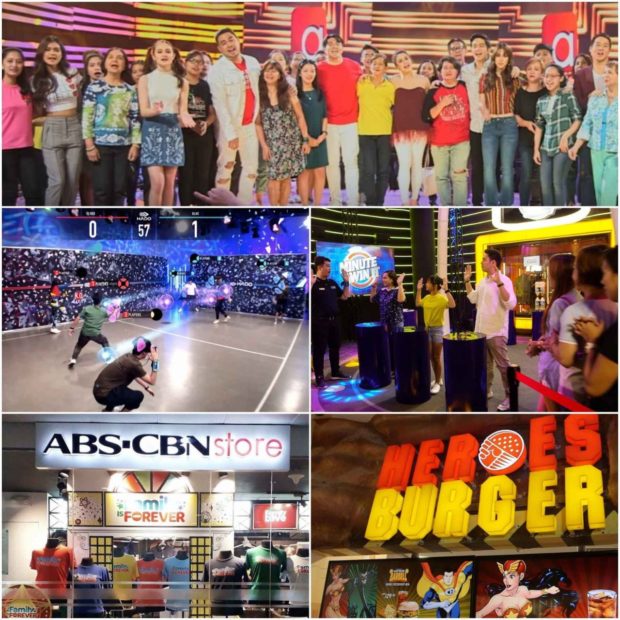 MANILA, Philippines — More ABS-CBN businesses and services will permanently cease operations by August 31, the latest casualties in the denial of the network’s bid for franchise at the House of Representatives.

“Pinoy fans now have limited ways to revel in the Kapamilya spirit beyond their screens as ABS-CBN’s experience and retail businesses are shutting down their operations permanently by August 31, including the Studio Tours, ABS-CBN Store, Hado Pilipinas, Heroes Burger, and ABS-CBN Studio Experience,” the network announced in a statement Friday.

Studio Tours is a service inside the ABS-CBN compound in Quezon City that welcomed local and foreign audiences in educational tours inside the network’s studios since 1997. Through this service, visitors witnessed behind-the-scene situations in the production of various programs at the network.

Burger joint Heroes Burger, which started in 2018, will also cease its operations.

Hado Pilipinas, a techno sport merging digital sports with physical activity, is likewise officially ending its journey just a year after it was launched.

The techno sport was included as a breakthrough tournament in the National Collegiate Athletic Association 95th season. Its winners from the College of St. Benilde’s AniGators team represented the country in the 2019 Hado World Cup in Tokyo, Japan.

ABS-CBN shut down its broadcast operations on May 5 after the National Telecommunications Commission issued a cease-and-desist order against the network a day after its franchise expired on May 4.

In July, the  House of Representatives Committee on Legislative Franchises denied the franchise bid of the network.