For his “fearless, unbiased commentary,” Inquirer columnist and former associate publisher John Nery won the Award for Excellence in Opinion Writing at the regional level at this year’s Society of Publishers in Asia (Sopa) Awards virtual ceremony livestreamed on Wednesday night.

The submission, which include the columns, “God knows Hudas (April 16, 2019),” “Disinformation is not limited to digital (April 23, 2019)” and “Locsin and other small men (June 18, 2019)” reflected the points of interest of Nery’s analyses which focus on politics, history, media, religion and the rule of law.

The judges cited his commentary as “clearly and engagingly written in an increasingly difficult political and social climate.” They also noted Nery’s column is “a clear voice, with a clear consistent message and opinion (which does not shrink from likely criticism from on-high).” 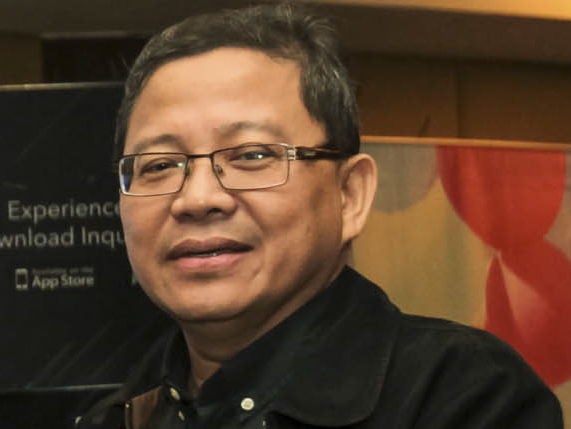 “This is a high honor. My thanks to Sopa for recognizing the work of Inquirer columnists, especially in a time of increasing difficulty for journalism,” said Nery, who has been writing his weekly column, Newsstand, for the Philippine Daily Inquirer since 2007.

Nery said that in almost 20 years of writing, in different capacities, for the Inquirer’s Opinion page, the tradition of fearless views has shaped his writing, adding that it is gratifying to know that the award directly honors the tradition.

“I had the privilege of working with three excellent editors, and I cannot thank them enough: Jorge Aruta, Chato Garcellano, Gibbs Cadiz. I also wish to thank the late Letty Jimenez Magsanoc, who welcomed Jorge’s proposal that I write a column one late night in 2007. Not least, I am grateful for the cheerful efficiency and unerring precision of Tintin Ang and other editorial assistants,” he said.

“These journalists, and our faithful readers, taught me to see the opinion pages as a public square, another space where we can take part in the life of a nation. Good opinion journalism as good citizenship—that is the ideal,” Nery said.

Nery also served as editor in chief of Inquirer.net, the Philippine Daily Inquirer’s online operation, from 2014 to 2017. He was also first editor of the Inquirer’s i-Team and executive producer of InqTV.

The COVID-19 pandemic has moved the annual Sopa ceremonies to a virtual program, which featured interviews with journalists who covered the Hong Kong protests in 2019.

Sopa has been promoting press freedom, journalism excellence, and best practices in publishing since 1982. Today, the Sopa Awards for Editorial Excellence are regarded as the gold standard against which Asia’s best journalists and publishers are measured.

In 2003, the Inquirer also won the Best Opinion Piece award in category B for “Remembering,” written by Conrado de Quiros in his column “There’s the Rub” on Sept. 10, 2002.

“Seeing the world with American Eyes,” written by Randy David in his Inquirer column, “Public Lives,” on Jan. 27, 2002, received honorable mention for Best Opinion Piece in category B.

It was also in 2003 when the Inquirer scored a major Sopa award when the “Abadilla 5: Story out of martial law pages” won the Excellence in Specialized Reporting award in category B, the award for local newspapers.

The five-part series, which came out on Dec. 10 to Dec. 14, 2002, was written by reporters Stella Ruth O. Gonzales, Juliet Labog-Javellana, and Nancy Carvajal. The Inquirer special report was about five men whose tortured confessions resulted in their doubtful conviction by a trial court.

In 2015, the Inquirer shone among the most excellent publications in the Asia-Pacific after reporter Carvajal was named Journalist of the Year and photojournalist Edwin Bacasmas won the Award for Excellence in News Photography for Category B (newspapers that circulate in one or two countries) for his photo titled “Home Street Home.”

Among the most recent Sopa awards the Inquirer received were the Best News Photograph given to former Inquirer photographer Raffy Lerma in 2017 for his viral photo “Lamentation,” that drew similarities to Michelangelo’s “Pieta;” and the Award for Excellence in News Photography handed to photographer Marianne Bermudez in 2016 for her photo, “Holy Cow.” —INQUIRER RESEARCH