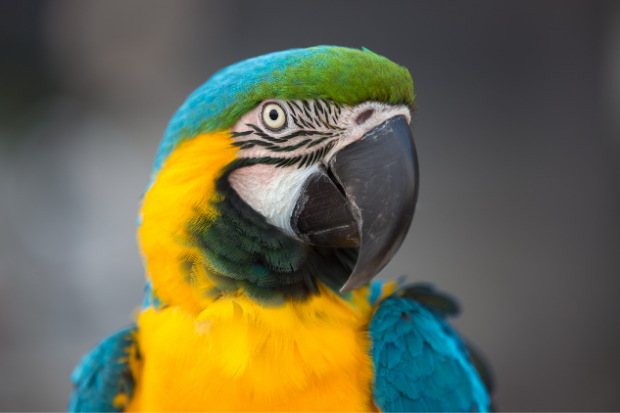 A pet parrot tried to warn his owner of a thief who broke into their house in Ontario, Canada, by greeting the criminal with a simple “hello.”

The bird was ignored by his owner, however, allowing the man to leave the Brockville home on Aug. 17 with the owner’s belongings, as per CTV News Ottawa on Aug. 20.

Police said the homeowner, who was in her basement at the time, heard her pet’s hellos but ignored him because the bird was reportedly unreliable.

The woman, identified as Barbara Engel in the news outlet’s follow-up report on Aug. 21, thought that she did find it strange for Oliver, the 18-year-old parrot, to talk alone—which turned out to not be the case.

“I thought it was just my neighbor’s son going by and he does like to talk to him sometimes,” she was quoted as saying.

When she went upstairs, Engel noticed that something was off; her purse was in an “awkward position.” She then checked and found out that her phone, credit card and some cash had been stolen.

“I made sure Ollie was okay because that would be devastating for me if something happened to him,” Engel was quoted as saying.

Fortunately, Engel’s neighbors came over and informed her that they had been monitoring a suspicious-looking man lurking outside her home and that they even took photos.

Thanks to the neighbors, police were able to find the culprit, who was not named, later that same evening, the report said.

Engel in turn lauded her neighbors for their quick thinking, stressing, “We all keep an eye on each other because it’s a small neighborhood and if they hadn’t been thinking and taking his picture, we wouldn’t have had something to go by.”

“I guess the takeaway from me is that my neighbors have my back and I am grateful to them and it’s nice to have reliable neighbors,” Engel was quoted as saying.

Of course, she also expressed her gratitude to Oliver for trying to alert her and noted that she “should have gone upstairs right away.”

The thief is facing several charges for breaking and entering, theft and using the stolen credit card. Ian Biong /ra