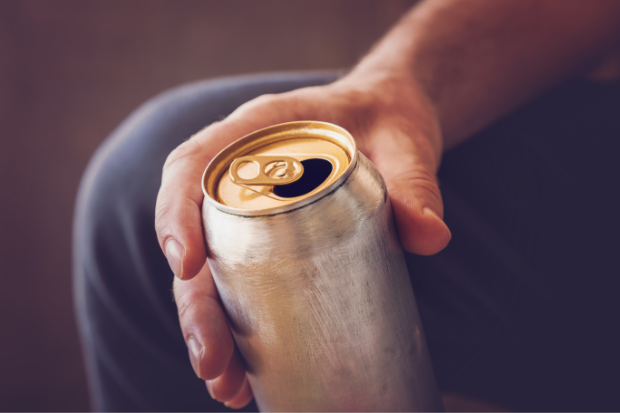 With water nowhere to be found, a man had no choice but to sacrifice his packs of beer to stop a fire from incinerating his shop and home in California, USA.

Armed with cans of Bud Light, Chad Little doused the flames engulfing his shop at the LNU Lightning Complex in Vacaville earlier this week, as per NBC-affiliate KCRA yesterday, Aug. 21.

“My buddies all tease me about drinking water-beer,” he told the television station. “I say, ‘hey, it saved my shop.'”

The fire was nearing Little’s home when he decided to stay and try to fight the flames as his family packed up to leave for safety.

Noting that he had already lost his house five years ago due to another fire, Little stressed in the interview, “Then this happens? I’m like, ‘No, I can’t. I can’t let it go.'”

The rebuild for his home, caused by that previous fire, is set to finish this year, according to report.

Before Little even thought of using beer, of course, he had actually intended to use the water hose in his property. He then discovered, however, that water was unavailable because the electricity was turned off.

Little also made an effort to slow down the fire’s spread by raking dried grass away from it, saying, “I was stopping it from getting to the house. Meanwhile, all the cars were on fire and it traveled to here.”

He had already lost his cars to the fire at the time and his shop was starting to burn down when Little got his pack of canned beers, the closest thing to water he could find.

“When I ripped up the sheet metal, it had a nail, so I was just shaking it up, popping it and spraying them,” Little said in the interview. “I was popping it out and grabbing another one.”

Little was able to put out the flames even before the firefighters arrived, the report said. Ian Biong /ra

Read Next
Albino kangaroo baby missing from German zoo; may be stolen
EDITORS' PICK
Robredo urges supporters: Don’t think we’re the only ones who are good
Taguig exceeds daily COVID-19 vaccination target of 6,800 individuals for 3 days
PH logs 7,302 new COVID-19 cases — DOH
Ahead of ONE: Full Blast II, Mongkolpetch warns Elias Mahmoudi: ‘Watch out for my fists’
Kai Sotto continues to inspire Filipinos by sharing his passions and stories with Smart Prepaid
Alex Eala wins Grand Slam on Independence Day: ‘I hope I made my contribution to the country’
MOST READ
Leni vs. Sara
China cautions G7: ‘small’ groups don’t rule the world
Rare earth metals at the heart of China’s rivalry with US, Europe
Netanyahu’s tenure ends as new Israeli government wins majority vote
Don't miss out on the latest news and information.