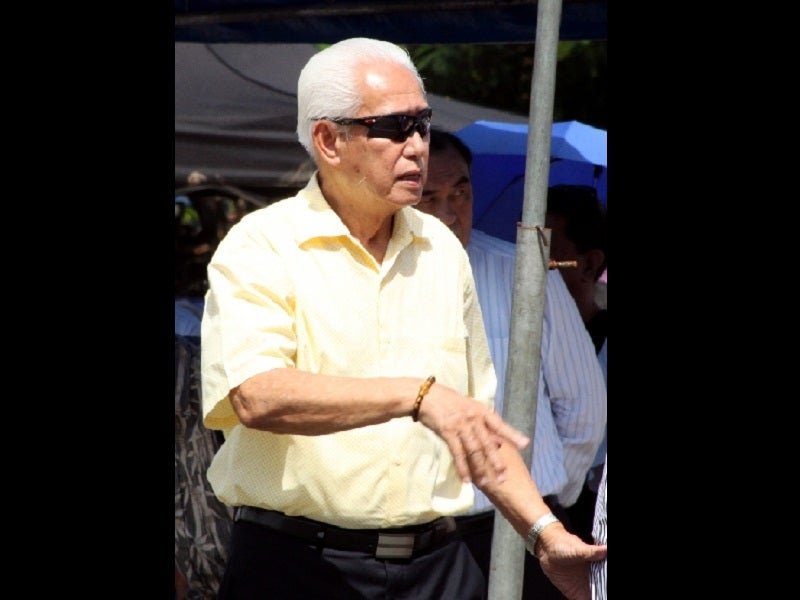 During the plenary session, senators adopted Senate Resolution No. 494 that honors Lim and expressed the chamber’s profound sympathy and sincere condolences on his death. Lim passed away last August 8 at the age of 90.

Senate Minority Leader Franklin Drilon said Lim was “a man of the law.”

“Mayor Lim as I knew him would push the law to its acceptable limits because he would adhere to the rule of law. I recall the many lively debates we had whether or not an arrest is warranted under our rules of court,” he added.

“He wanted to provide a better political stability in our society then,” Drilon added.

He was also appointed director of the National Bureau of Investigation in 1989 and as Interior secretary in 2000.

Senator Francis Tolentino, in his sponsorship speech, said Lim started his public service as a policeman at the age of 22 and became “one of the most decorated policemen” in the country.

In his effort to clean Manila of drugs, prostitution and other criminalities as a police chief, he earned the tag “Dirty Harry,” according to Tolentino.

Senator Ronald “Bato” dela Rosa, a former national police chief, said he and most policemen looked up to Lim for his contribution to achieve peace and order in the country.

“I thanked Mayor Lim for making this nation great through his humble contribution,” Dela Rosa said.

Senator Joel Villanueva praised Lim for his “courage, bravery and service to the nation.”

“Indeed, the life and works of former senator and Manila Mayor Alfredo S. Lim will continue to lift the spirit of the Filipino people amid the COVID-19 pandemic,” Villanueva said.

Senator Grace Poe, meanwhile, recalled the 2004 elections, when Lim run as a senator with her father, then presidential candidate Fernando Poe Jr., under the Koalisyon ng Nagkakaisang Pilipino.

Poe expressed her family’s gratitude toward Lim as he was behind the installation of a nine-foot bronze statue of her father along Roxas Blvd. back in 2012.

“I don’t think anyone has given my father that much honor, aside from the National Artist Award, and because of that, we thank him and we hope that his memory will live on,” the senator said.