MANILA, Philippines — Alfredo Lim, who rose from the world of law enforcement cultivating a tough, “Dirty Harry” image to become mayor of Manila, senator and interior secretary, died on Saturday afternoon at the age of 90.

The cause of death was COVID-19, according to Manila Mayor Francisco “Isko Moreno” Domagoso, who asked for prayers and ordered the lights of the City Hall’s clock tower turned off as a sign of the Manileños’ collective mourning.

Honoring the man who had governed the city as mayor for a total of 12 years, Domagoso cited the establishment of several local government-run hospitals and the University of Manila, where tuition is free for the city’s poorest students, among Lim’s chief legacies.

In a message, presidential spokesperson Harry Roque said Lim would be remembered for “his tough stance against criminality and drugs. He left a legacy of law and order to his constituents.” 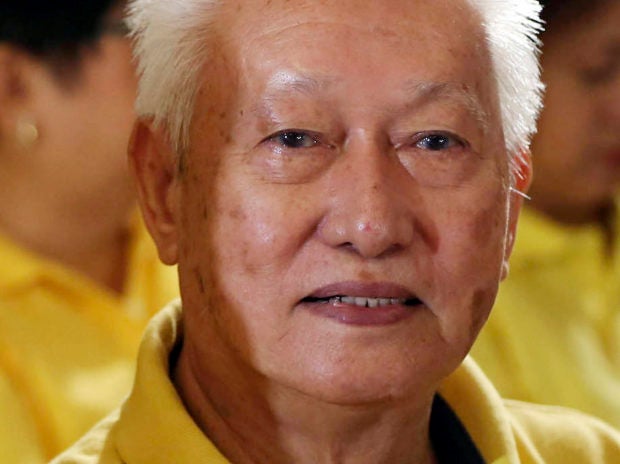 A veteran police officer, Lim first became a national figure at the height of the 1986 Edsa People Power Revolution when, as then chief of the Quezon City Police, he was said to have refused orders to disperse the people massing on Edsa during the bloodless uprising that ended the Marcos dictatorship.

Lim was later appointed chief of the Western (now Manila) Police District, one of the most sought-after positions in the force, by then President Corazon Aquino. His aggressive, if not controversial approach to crime-busting earned him the moniker “Dirty Harry,” from the Clint Eastwood films.

He was later appointed director of the National Bureau of Investigation in 1989.

In 1992, Lim’s political star began to rise with a victory in the mayoral race in Manila, where he ran under the People’s Reform Party and bested six opponents that included the incumbent Gemiliano “Mel” Lopez.

He won a second term as mayor in 1995 (with running mate Lito Atienza) before deciding to run for president under the Liberal Party in 1998.

The presidential race was eventually won by Joseph Estrada, who later appointed Lim as secretary of the Department of the Interior and Local Government (DILG).

He resigned from the DILG post after Estrada was ousted through the January 2001 Edsa 2 uprising and was succeeded by former Vice President Gloria Macapagal-Arroyo.

Lim made a successful bid for the Senate in 2004, but resigned in the middle of a six-year term to run again for Manila mayor in 2007.

He would serve two successive terms at City Hall until Estrada — making a comeback as a local politician — beat him in his reelection bid in 2013.

Lim again sought the mayoralty in 2019, a post that eventually went to Domagoso, a former vice mayor.

Long before the Duterte administration’s war on drugs, Lim as Manila mayor had his own highly publicized battle with narcotics, with shaming tactics that included spray painting the homes of known or suspected drug pushers or users.

—With a report from Nikka G. Valenzuela