Poe ‘very emotional’ over ‘Plan 5M’: Like a healing wound that hurt again 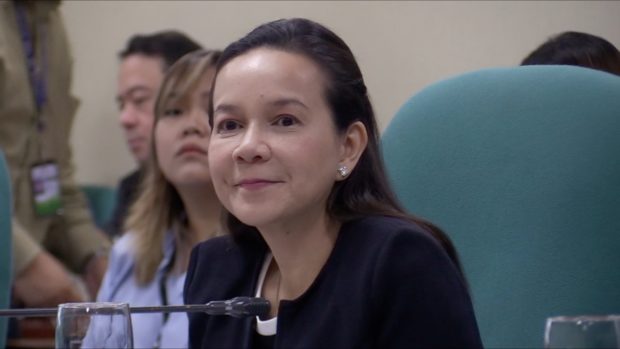 MANILA, Philippines — Like a healing wound that hurt again.

This was how Senator Grace Poe described her emotions over the “Plan 5M” program of the Philippine Health Insurance Corp. (PhilHealth) in 2004 that was brought up during Tuesday’s Senate hearing on alleged massive corruption in the state-run insurance agency.

“I am very emotional about that,” Poe said during the Kapihan sa Manila Bay online forum on Wednesday.

(It was like a wound that is already healing, but when it was brought up again, there was still pain.)

During the Senate hearing, Dennis Adre, PhilHealth Regional Vice President in Davao City, said the agency started incurring losses in 2004 due to non-payment of premiums, after then-PhilHealth chief executive officer Francisco Duque III, who is now health secretary, launched Oplan 5M, which was the distribution of 5 million insurance cards ahead of the national elections at the time.

Fernando Poe Jr. is the father of Senator Poe.

“I didn’t expect it to come out although I know Duque was involved. Well, even I myself, they are telling me, ‘move forward,’ but it was brought up yesterday,” added Poe.

But for the senator, the issue on the PhilHealth cards is more than about the elections in 2004.

“For me, it holds a special concern because of my dad. But this is also something that we need to realize in order to prevent it from happening again: using government institutions and funds to advance the candidacy of any administration official,” she said.

“I think that was the reason really, is to prevent cases like that from happening in the future. What will we do about that?” added Poe.