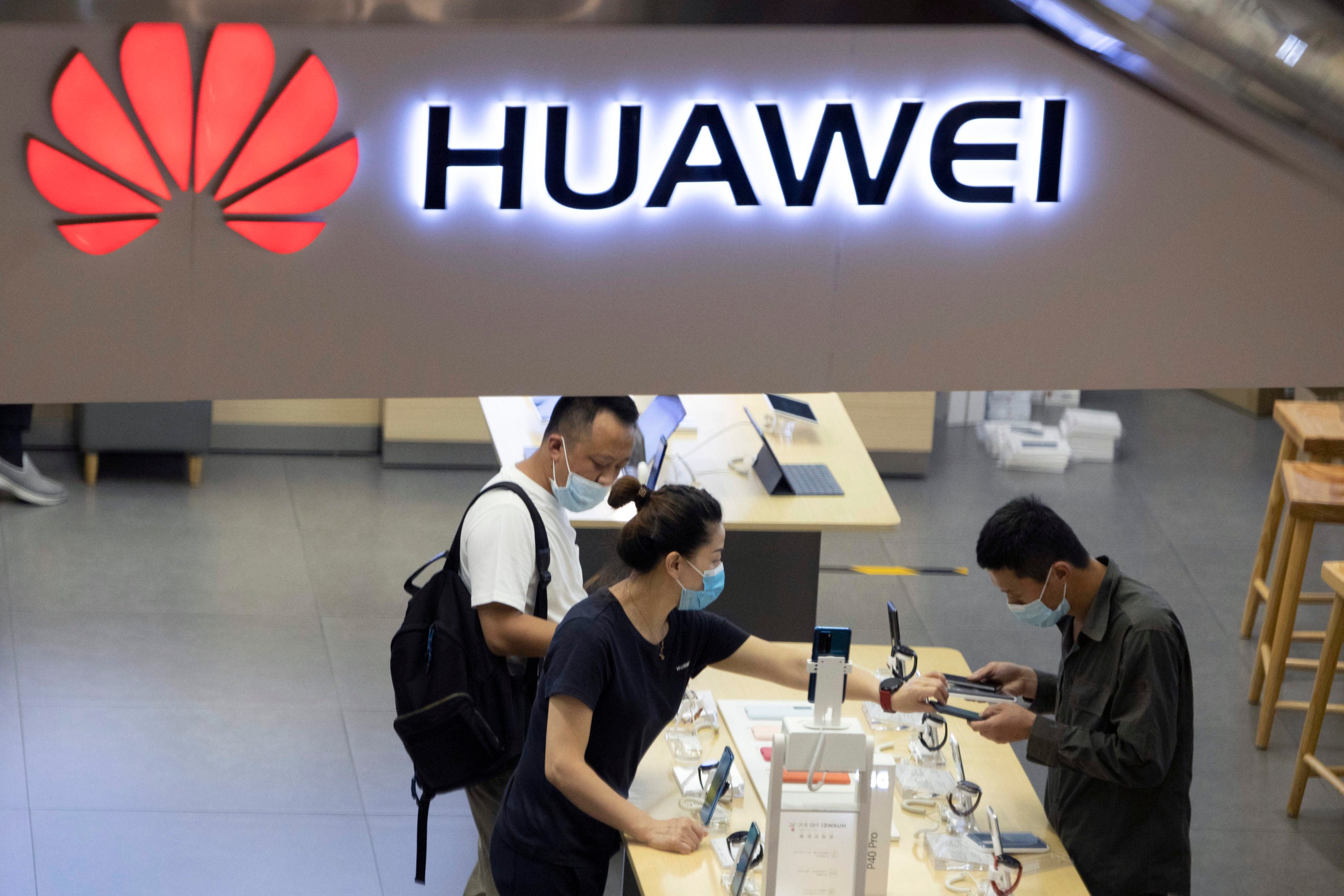 In this July 15, 2020 file photo, visitors wearing masks to curb the spread of the coronavirus look at the latest products at a Huawei store in Beijing. The U.S. government is imposing another round of restrictions on tech giant Huawei as President Donald Trump renews accusations the Chinese company’s telecommunications equipment is used for spying. The Commerce Department’s new rules which will further block Huawei from getting access to chip technology. (AP Photo/Ng Han Guan, File)

The Trump administration is further tightening restrictions on China’s Huawei, seeking to starve it of crucial components by cutting off all access to U.S. technology.

“We don’t want their equipment in the United States because they spy on us,” Trump told Fox News on Monday. “And any country that uses it, we’re not going to do anything in terms of sharing intelligence.”

Washington cut off Huawei’s access to U.S. components and technology, including Google’s music and other smartphone services, last year. Those penalties were tightened in May when the White House barred vendors worldwide from using U.S. technology to produce components for Huawei.

A Huawei executive said this month that the company has started running out of processor chips to make smartphones as a result of those sanctions, and may have to stop production of its own advanced chips.

But the Commerce Department said Monday that more restrictions were needed because Huawei has “continuously tried to evade” the earlier sanctions by using technology supplied by third parties. The new rule is designed to block Huawei’s access to commercially available chips made with tools acquired from the U.S.

“The new rule makes it clear than any use of American software or American fabrication equipment to produce things through Huawei is banned, and requires a license,” Commerce Secretary Wilbur Ross told Fox Business on Monday. “It’s really a question of closing loopholes to prevent a bad actor from access to U.S. technology, even if they try to do it in a very indirect, very tricky manner.”

Huawei has been at the center of rising U.S.-Chinese tensions over technology and security. The standoff has now enveloped the popular Chinese-owned video app TikTok and China-based messaging service WeChat, both of which are under the threat of a ban in the U.S. starting in September.

Huawei declined comment Monday but has repeatedly denied accusations it might facilitate Chinese spying. Chinese officials have accused Washington of using national security as an excuse to stop a competitor to U.S. tech industries.

Ross said Monday that the new action is enforcement-focused and not “directly related to the trade talks” between the U.S. and China.

Elsa Kania, a fellow at the Center for a New American Security who focuses on technology and U.S.-China relations, said while there are valid security concerns about Huawei, the Trump administration’s increasingly drastic measures against it and other Chinese companies don’t have a clear rationale.

“If the objective is to kill Huawei irregardless of the collateral damage to American companies, then this measure is one step closer to that,” she said. “A lot of companies caught in the crossfire of this will see real damage.”

The Semiconductor Industry Association, a trade group representing American chipmakers, said in a statement Monday that the rule will cause “significant disruption” to the industry.

The action targets Huawei but could have sweeping reach, said Kevin Wolf, who was assistant secretary of commerce for export administration under President Barack Obama.

“Every foreign-made semiconductor of any type anywhere in the world is now subject to U.S. license requirements if a Huawei company is in any way involved, directly or indirectly, in the transaction,” said Wolf, a partner at the Washington law firm Akin Gump.

The U.S. also on Monday added 38 Huawei affiliates to an existing list of companies banned from receiving some sensitive technologies. And it ended an exemption that had allowed some Huawei customers in the U.S. to keep using its equipment and software.

Washington has combined its economic sanctions on Huawei with a lobbying campaign pushing allies in Europe and elsewhere to exclude the company from planned next-generation wireless networks.

Trump referred to Huawei as “the spy way” as he spoke with “Fox & Friends” hosts Monday. He took credit for Britain’s recent move to backtrack on plans to give the company a role in the U.K.’s new high-speed mobile phone network.