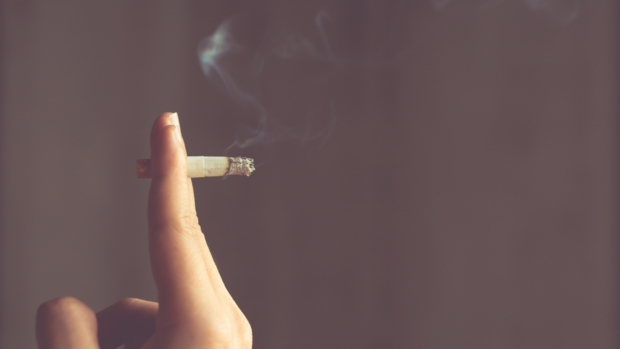 A mother has almost fully recovered after accidentally setting her face on fire when she used a kitchen stove to light a cigarette.

Louise Tanner, from West Sussex, United Kingdom was preparing to go out when the incident happened in February last year, as per The Sun on Thursday, Aug. 13.

The 50-year-old’s hair was covered in hairspray when she decided to smoke a cigarette. However, she was unable to find a lighter and instead chose to use her kitchen stove.

“I clicked on the gas ring to light the cigarette, but as I leaned over to take a puff, my hair went up in flames,” she was quoted as saying.

After the fire had spread from her head down to the side of her face and neck, she eventually placed her head under a faucet that let out cold water.

Following the accident, her now ex-husband brought her to a hospital where staff said she had sustained third-degree burns. Tanner also could not open her eyes properly due to the swelling of her face.

Doctors later decided to treat her using skin grafts from a deceased person, as per report. When Tanner asked if the staff could use skin from other parts of her body, they said that it would involve more surgery and result in scarring. Two days after her procedure, the hospital discharged her and allowed her to return home.

More than a year after the accident, Tanner’s face has almost fully recovered. While she has made great progress, the new skin is not yet smooth and still has some bumps and pimples.

“I also have nerve damage and can’t go into direct sunlight as my donor skin is so fragile,” she noted in the report.

Despite suffering from third-degree burns, Tanner still continues to smoke and said she is “extremely careful now.” Ryan Arcadio/JB