A man sustained third-degree burns after his vape exploded in his pants in Gateshead, United Kingdom

The incident began when David Charlton heard a fizzing noise from the left pocket of his pants last June 21, as per The Sun on Friday, July 19. 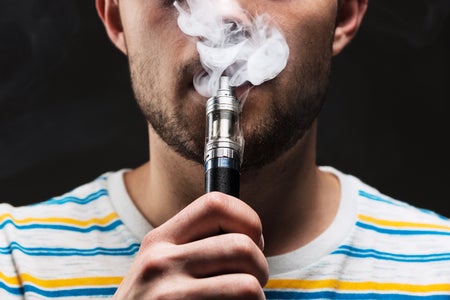 The vape then melted through his pants, causing the fabric to catch fire and burn a hole through the seat of the car he was driving. As it hit the car’s floor it exploded “like a rocket.”

Charlton was rushed to a hospital where employees had to peel off the melted fabric off of him and perform skin transplants.

“I’ve never felt anything like that before. So dangerous,” he was quoted as saying. “It was excruciating pain. My leg was literally on fire.”

Since the incident, Charlton has been off work for three weeks and has been in and out of the hospital to continue treating his leg. He said the explosion has not affected his capacity to walk and that he is “glad to have both legs.”

Charlton, who has been smoking for 20 years, warns all vape users to only buy vape kits from well-known brands. As per report, he bought his unbranded vape from an independent retail outlet. Ryan Arcadio/JB