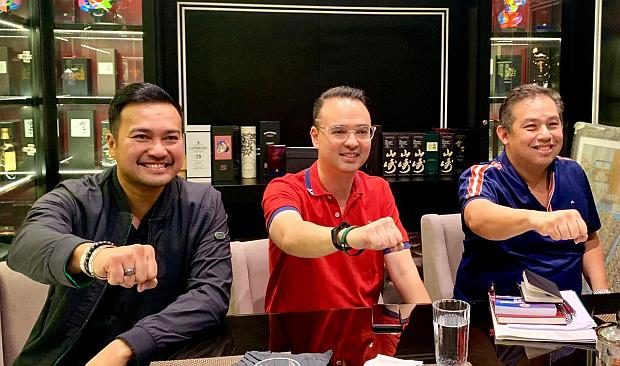 MANILA, Philippines — The presumptive leaders of the House of Representatives of the 18th Congress met a day before President Rodrigo Duterte is set to deliver his State of the Nation Address (Sona).

With them were various party leaders in the House.

Cayetano and Velasco are expected to take turns as Speaker – the former assuming the post for the first 15 months of the three-year term and the latter serving for the last 21 months.

“I just want to assure you that this Congress will be very friendly and responsive to the different government agencies — the executive, the other legislative branch — that is, Senate — and even the judiciary,” Cayetano, speaking partly in Filipino, said during his Facebook live.

This would not mean, however, that the House would lose its independence, he added.

“We are actually interdependent with each other because we are just one nation,” he said.

Velasco, meanwhile, vowed to have a united Congress.

We want to be a unified Congress so that we could push the legislative agenda of our President,” he said. “There are so many things we have to finish. So starting tomorrow, we will make sure things will go smoothly.”

“So for the next three years — 15 months with Speaker Allan and the next 21 months with me — it will be a very smooth transition,” he added. “We will make sure that we will deliver the required laws that we have push so that we can move towards the direction that our President dreams for us.”

Last July 8, the President announced that Cayetano and Velasco would take turns as Speaker.

The voting for the new speaker will take place before the President delivers his fourth State of the Nation Address on Monday.