Susukan, also known as Idang, Edang or Indang, was initially spotted in Davao City in the company of Misuari. Gapay immediately demanded that the MNLF founder explain why he was accompanying a known Abu Sayyaf leader with 34 outstanding warrants of arrest.

Late on Thursday, the police arrested Susukan at Misuari’s residence. It turned out that Misuari brought him to the city on Sunday so that he could get a prosthetic replacement for his left arm which was amputated due to a clash with the military last year.

Gapay claimed he was not made aware of Susukan’s trip to Davao and so did Defense Secretary Delfin Lorenzana, who told GMA News Online: “Nobody knew that Susukan arrived in Davao… until his picture appeared in the media the other day.”

Philippine National Police chief Archie Gamboa also denied knowledge of Susukan’s arrival and said, in a statement, that local police “initiated the negotiation after finding out that Susukan was brought to Davao City to seek medical attention.”

“We were aware, including law enforcement groups, that he is coming to Davao City. In fact, we were informed by those from his point of origin,” the mayor told reporters on Friday afternoon. 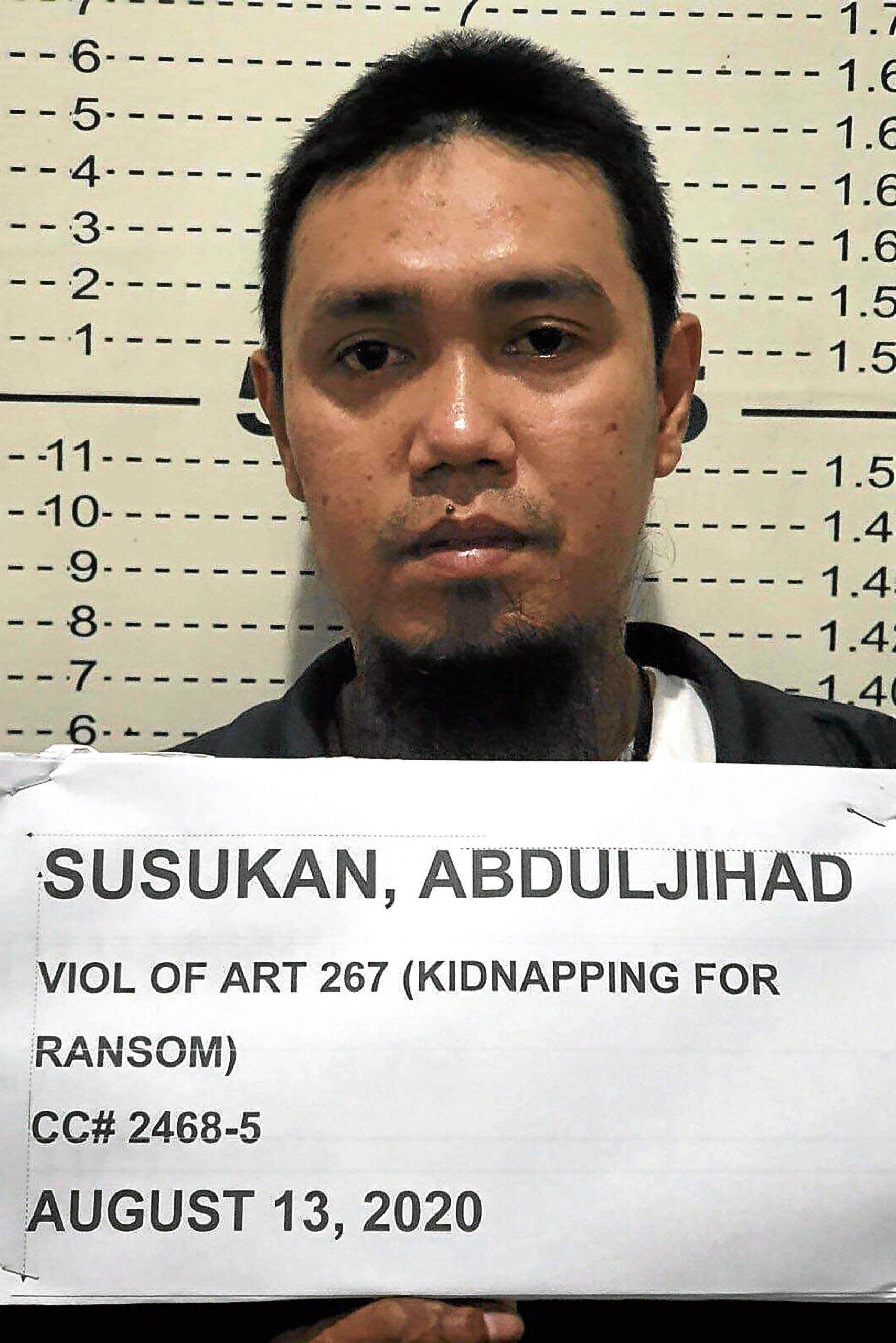 Confronted with the conflicting statements and eyewitness accounts, Army chief Lt. Gen. Cirilito Sobejana, who used to head the Western Mindanao Command which includes Sulu, admitted that the Aug. 9 flight of Misuari and Susukan from Sulu to Davao City was known to Sulu and Davao authorities.

The Jolo Municipal Police Station, in a statement, said that a private Bombardier jet with tail number RP-C7588—the same number of a plane that the President rode to Singapore in 2018 for a summit of the Association of Southeast Asian Nations—arrived in Jolo at around 8:30 in the morning of Sunday.

Witnesses said Misuari and Susukan then arrived at Jolo Airport in a convoy of heavily armed escorts wearing MNLF uniforms. Misuari even chatted with military and police officials at the airport’s departure area before enplaning with eight others, including Susukan.

Hours later, the Bombardier jet landed at the old Davao International Airport. The airport’s old terminal shares the same space with the Philippine Air Force, including the Presidential Airlift Wing. 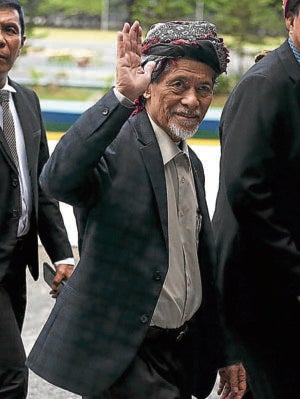 When asked how Misuari could travel to Davao with the fugitive Susukan, Lorenzana said: “Nakalusot dahil [Slipped through because] first, we trust Misuari. At any rate, mabuti na rin at nahuli siya.”

Sobejana agreed that the military considered Misuari a partner in the peace effort and that officials had already heard of rumors that Susukan surrendered to the MNLF leader in April but they did not receive any word from Misuari.

Nonetheless, Sobejana welcomed Susukan’s arrest: “We [were] able to reduce the threat from the Abu Sayyaf without firing a shot. He is one of the key figures in the organization.”

Aside from being a top Abu Sayyaf leader Susukan is the son of one of the deceased rebel Agga Susukan, one of Misuari’s most trusted aides during the early days of the Moro rebellion, and Misuari promised Susukan his late father’s position if he would surrender, military sources said.

But the surrender deal worried security officials, the sources added, because of its international implications and a provision that Susukan and his Abu Sayyaf followers would be integrated into Misuari’s MNLF forces.

Of the 34 cases that the Abu Sayyaf leader is facing, 23 were murder cases; six, frustrated murder; and five were kidnapping and serious illegal detention.

Among these cases was the abduction of Chinese tourist from Shanghai Gao Huayun, 28; and her Filipina companion Marcy Dayawan, 40, in Singamata Reef Resort of Sabah on April 2, 2014.

He also figured out in the Eid’l Fit’r ambush that killed more than 20 people in Talipao, Sulu on July 28, 2014. —WITH A REPORT FROM INQUIRER RESEARCH