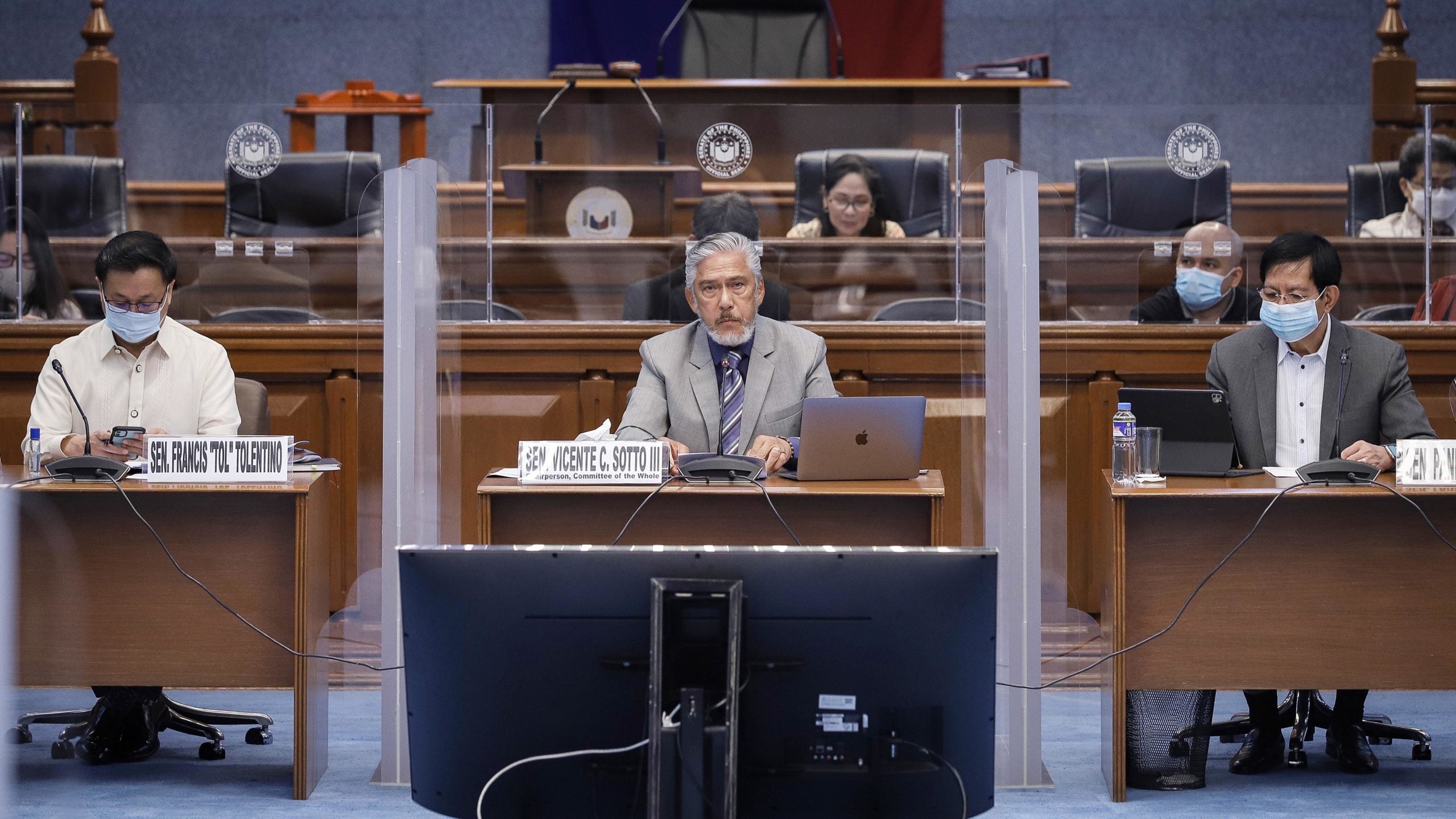 PhilHealth inquiry: Senate President Vicente C. Sotto III on Tuesday, August 11, 2020, moves for the resumption of the second hearing of the Committee of the Whole on the Senate resolutions calling for an inquiry in aid of legislation the reported widespread corruption and mismanagement in the PhilHealth. Also in photo are (left) Sen. Francis “Tol” Tolentino and (right) Sen. Panfilo Lacson. (Joseph Vidal/Senate PRIB)

MANILA, Philippines — The Senate on Tuesday granted legislative immunity to one incumbent and two resigned officials of the Philippine Health Insurance Corp. (PhilHealth) after they testified against the alleged anomalies within the agency.

The Senate is currently constituted as the Committee of the Whole to investigate the fresh allegations of corruption in the state-run insurance company.

Keith, who resigned over alleged corruption in PhilHealth, had previously claimed that a so-called “mafia” in the agency allegedly pocketed over P15-billion in funds through various schemes. PhilHealth has since denied this allegation in the “strongest terms.”

Cabading, meanwhile, backed Keith’s report, saying he flagged the agency’s leadership about the irregularities in a technology project.

Laborte, a former aide of PhilHealth president and CEO Ricardo Morales, begged off from participating in last week’s hearing due to security concerns.

He showed up at Tuesday’s hearing and disclosed that he resigned from his post because his conscience can no longer stand the corruption allegedly rampant in the agency.