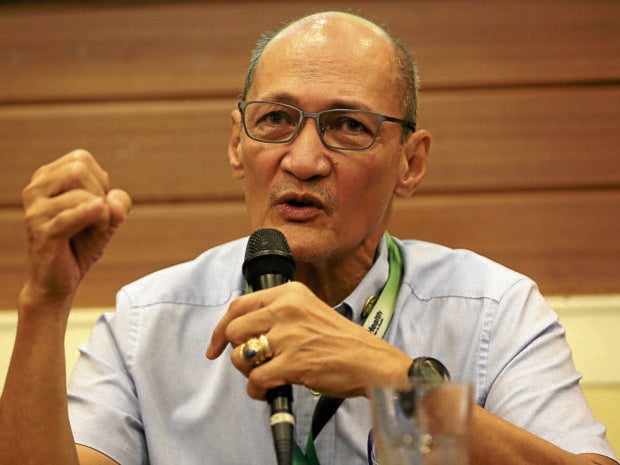 “But you know, in this case, nature has intervened and we’ll have to take the doctor’s advice,” Morales said in an interview on CNN Philippines.

“Well I have already relayed to my bosses my intentions and it’s up to them to decide. My fate is in their hands. It’s medical leave,” he added, when sought for clarification on what kind of leave he will be taking.

Morales had been advised by his doctor to take a leave of absence due to lymphoma, a medical certificate dated August 7 disclosed.

Morales said he tried to avoid taking a leave since PhilHealth was in a “difficult time,” and that it would cause “delay” in its proposed information technology system.

“PhilHealth is in a difficult time right now. Because we are in the midst of implementing the Universal Healthcare Law,” Morales said.

“And if you look at the history of this corporation, one of the reasons nadedelay yung IT system because mabilis magpalit ng CEO [chief executive officer]. Binabago yung signature, binabago everything, the documents. That caused delay. I was trying to avoid that—one of the reasons I did not want to resign,” he added.

Morales was referring to PhilHealth’s IT project which is in question for supposedly being overpriced.

But the PhilHealth president defended the said IT project saying it would help the state insurer stop fraud and scams within the agency.

“And the other one, implementing the Universal Healthcare Law which I think is very important. Kailangan ng stability doon. And now we got hit by COVID. Sabi nila it’s not wise to change horses in the middle of the stream. So that was what I was trying to avoid,” said Morales.

(And the other one is implementing the Universal Healthcare Law which I think is very important. There has to be stability there. And now we got hit by COVID. They said it was not wise to horses in the middle of the stream. So that was what I was trying to avoid.)