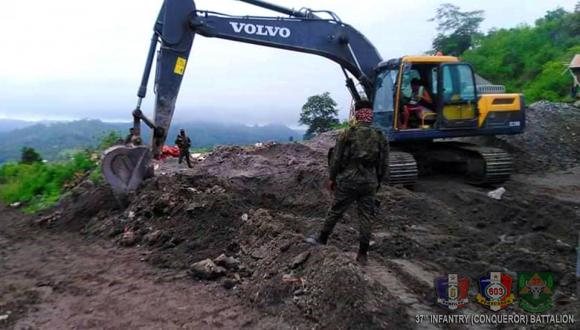 According to Estrera, the company contracted to undertake the project received a demand from the New People’s Army (NPA) operating in the area for “protection money.”

When it refused to give in, the NPA guerrillas threatened to exact “punishment” on the construction firm, Estrera explained.

On Wednesday, soldiers on foot patrol foiled a group of 10 armed men who were carrying containers of gasoline as they approached a parked backhoe and several dump trucks of Cherifer Builders at around 7 p.m.

Maj. Gen. Diosdado C. Carreon, commander of Joint Task Force Central, said the military would not allow the communist rebels any chance to launch attacks to disrupt the government projects vital to the development in the area.

“Our troops are continuously on heightened alert to provide for the needed security on our government projects prone to terrorist attacks,” Carreon said.