As it gains the reputation of being the “surfing capital of the North,” the town has become one of the favorite year-round destinations for weekend visitors and beginning surfers.

But tragedy struck in summer this year when the new coronavirus disease (COVID-19) pandemic took a turn for the worst, paralyzing industries that heavily relied on tourism.

Ian Saguan, 39, a surfer and owner of surfing school Elyu Classic, has seen the local surfing tourism ground to a halt at the onset of the health crisis.

Saguan, who is also president of the 200-member Association of Surfing Instructors in San Juan, used to earn by coaching and encouraging both children and adults who wanted to ride the waves. 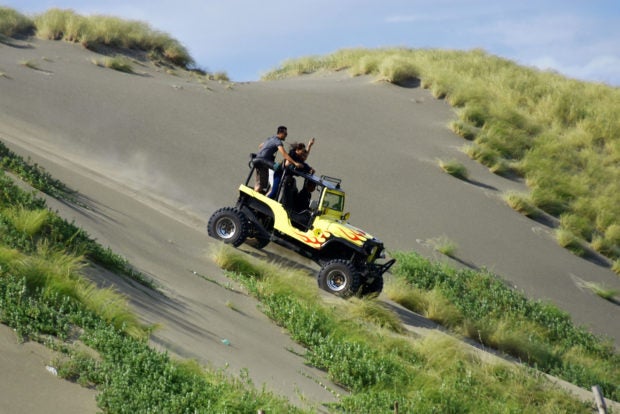 DOWN THE DUNES Before the COVID-19 pandemic struck, Culili Point in Paoay, Ilocos Norte province, was a hub of activity with tourists enjoying adventure rides and other activities in the sand dunes. —PHOTOS BY WILLIE LOMIBAO

But when beaches and other tourist spots were shuttered to stem the tide of COVID-19 transmission, Saguan and his fellow surfing instructors were among the first to lose their main source of income.

“Since Day 1 [of the lockdown], all 20 [surf] schools were closed,” said Saguan, who had turned to online selling of frozen food products to get by. Other instructors had turned to selling, too, while some accepted construction work.

While the pandemic was wreaking havoc, the beaches of San Juan seemed to be sympathizing with them, Saguan said.

“The water now is unusually calm and quiet, as opposed to the gigantic, rolling waves that surfing enthusiasts from all over the country come here for,” he said, adding that the beach scene is “like during the time when the town has yet to be discovered as an ideal surfing spot.”

La Union was set to reopen its tourism industry in July. But the plan was ditched when the number of COVID-19 cases spiked and the province tightened its borders again.

Adamor Dagang, provincial information and tourism officer, said the province’s tourism market was still Metro Manila, considered as the epicenter of the virus.

“We do not really expect many tourists and visitors to arrive anytime soon. It’s back to zero for the tourism industry here,” Dagang said.

La Union Gov. Francisco Emmanuel Ortega III has provided temporary jobs to those in the tourism industry displaced by the pandemic. Many of them are paid P5,000 for 40 accumulative hours of cleaning the town’s beaches and roads.

The provincial government has also offered interest-free loans to hotel and restaurant owners, and tour guides now undertaking income-generating projects. Tour guides can avail themselves of P100,000 while establishment owners may get loans of up to P1 million.

In Pangasinan province, the pandemic hit at a time when tourist arrivals in Alaminos City were at its peak and boat operators were supposed to be enjoying brisk business.

So when tourists were no longer allowed at Hundred Islands National Park, most of the 1,400 “bangkero” (boatmen)had also lost their livelihood. The park used to draw around 500,000 visitors annually. 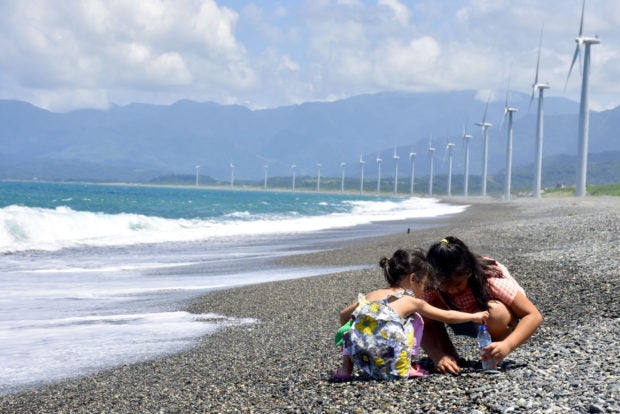 WIND POWER The Bangui wind farm has brought not only renewable energy to Ilocos Norte but visitors wanting a backdrop of a row of 70-meter high wind turbines in their photos to remember their trip to the province.

The pandemic also hit hard the farm tourism industry in the western Pangasinan town of Mangatarem, forcing over 70 farms there and in nearby towns in Ilocos region to close.

Leah Santiago, Region 1 Farm Tourism Association president, said these farms had been promoting sustainable organic farming and healthy lifestyle but had been forced to stop operating due to the ban on tourists.

“We lost around 90 percent of our income during the quarantine,” said Santiago, who also operates the farm tourism venture “Our Farm Republic.” “There were no tourists, so no entrance fees were collected. Before, we can sell up to P50,000 worth of produce every month to tourists,” she said.

According to Santiago, they tried selling their harvest online but restricted movement of people made it challenging for them. “It was difficult to sell because our clients could not come to pick up their orders due to the strict checkpoints between towns,” she said.

The farms had to sell at public markets but could not command premium prices as they had to compete with other producers.

Since income was barely enough to sustain operations, some farms had to schedule the working days for the staff to prevent laying off any of them. “Some work for three days, others for the next three,” Santiago said.

But other local governments were given the discretion to accept tourists.

She said the provincial government was not trying to aggressively build up tourists’ confidence just yet. “On our way to that, we are using the time to educate and reorient the tourism enterprises,” Elduayan said.

Pangasinan started with the orientation, inspection and monitoring of beach resorts and accommodation establishments, which the Department of Tourism already allowed to operate with strict safety protocols. 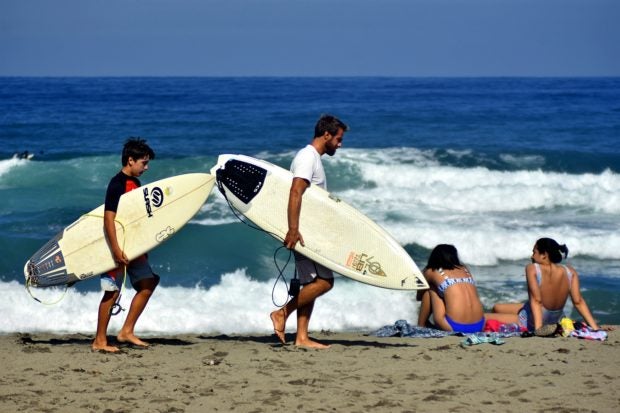 LAID-BACK San Juan town in La Union province has been attracting a crowd of students, young professionals and even families wanting a weekend break to go surfing and have a refreshing view of the sea.

Elduayan said recovery meant shifting to alternative livelihood or businesses. She said other big enterprises had been taking the time to repair and maintain facilities, improving their gardens and conducting webinars for employees.

“Hyperlocal” is a marketing strategy that targets the population in a specific community with the intention of “driving foot traffic to physical locations.”

On July 10, a crowd of 150 mostly teenagers attended the “Ilocos Rocks! Park and Chill Drive-in Concert” at the sand dunes of Barangay Talingaan in Laoag City.

Fifty vehicles managed by Laoag Sand Dunes Service Coop. were parked at the desert while participants watched the performance of a band set against Laoag’s famous sunset. 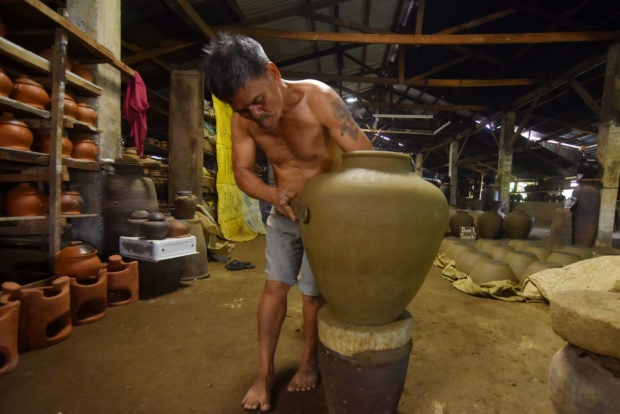 VIGAN INDUSTRY Potters and jar makers in “pagburnayan” (pottery district) in Vigan City, Ilocos Sur, are among those affected by the absence of tourism activities due to the health crisis.

The series of outdoor activities aimed to promote the reopening of local tourist destinations and help tourism stakeholders earn again, according to tourism officials.

At least 61 tourist areas, including parks, heritage sites and beaches in the province had reopened since the first week of July.

But local officials said only residents were allowed to visit these places subject to strict health protocols and crowd control.

The Ilocos Norte government also started distributing cash assistance to over 1,000 people in the tourism industry who were displaced by the pandemic.

Called the “Tourism Livelihood Continuity Program,” the move was the province’s response to the decline of local tourism.

In Ilocos Sur province, over 150 “kalesa” (carriage) drivers lost their jobs as tourism suffered a severe whipping in the heritage city of Vigan.

The city’s tourism industry had incurred P250 million in lost revenues from March to May, according to Vigan City Mayor Juan Carlo Medina.

The Vigan empanada industry has not been spared, too. Evelyn Babas, who belongs to the fourth generation of empanada makers, said they could barely earn due to lack of buyers.

—With a report from Leoncio Balbin Jr.