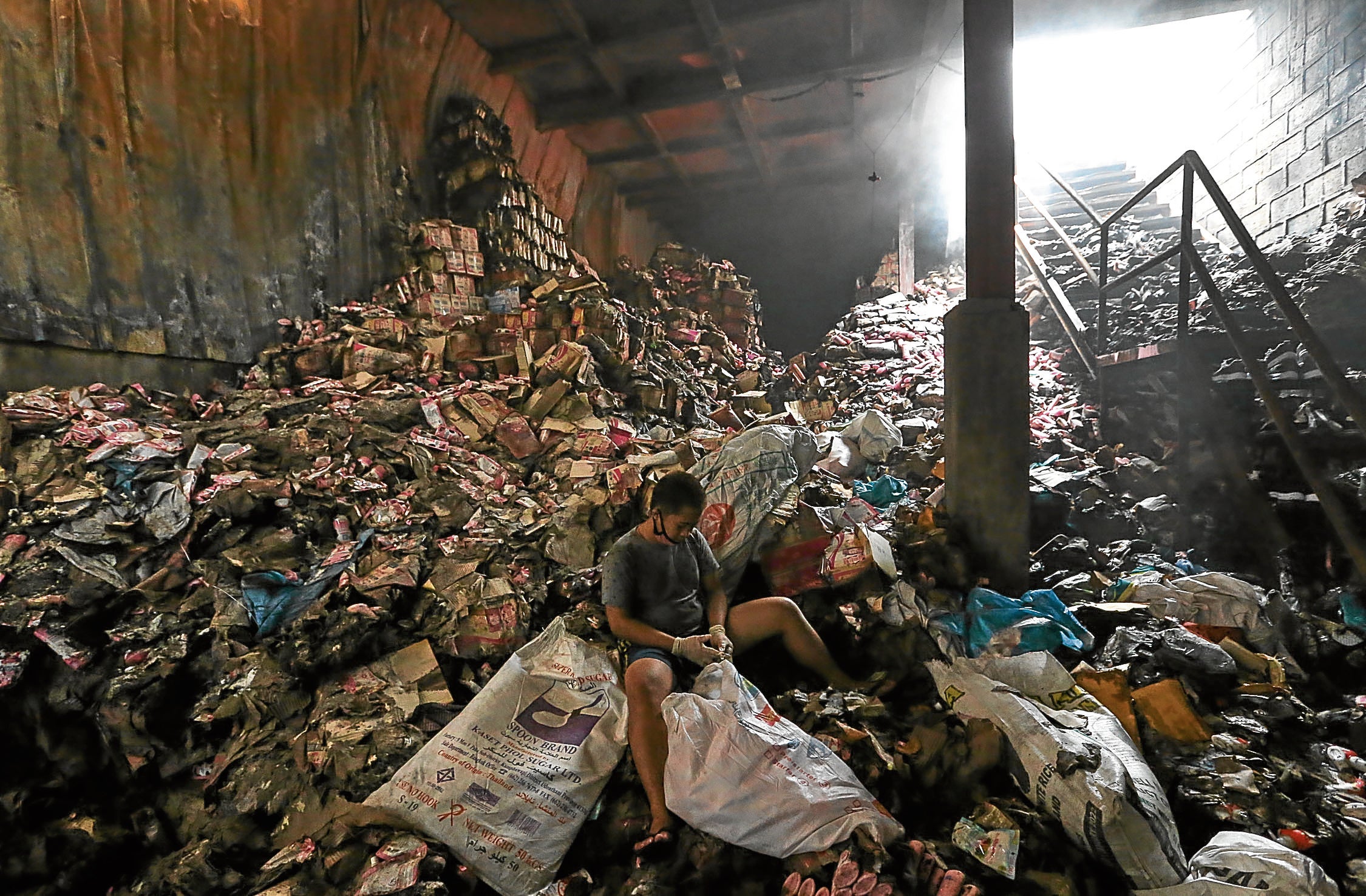 DAMAGED GOODS A mountain of fire-damaged products looms over a man sifting through the debris to find anything that can still be of use. Three warehouses full of toys, umbrellas, doorknobs, glass containers and beauty products, among other products, were destroyed in a fire that raged for almost 16 hours in Tondo, Manila. —LYN RILLON

Around P19 million worth of damage was caused by a fire that razed three warehouses containing flammable materials in Tondo, Manila.

The blaze that raged for nearly 16 hours from Wednesday night until Thursday broke out in a compound where the warehouses were located on Narra corner Bambang Streets.

According to the Manila Fire District (MFD), the warehouses were owned by a Chinese businessman identified as Xu Jing Feng and contained fabric, textiles and bikes, among other goods.

Capt. Guillermo Firmalino, MFD investigation chief, said that the blaze took a long time to place under control due to the flammable nature of the materials inside the warehouses.

“[There were] mixed combustible materials mostly made of plastic, clothing or textiles, rubber and electrical,” he told the Inquirer in a text message.

No one was reported killed or injured in the blaze whose cause was still being investigated.