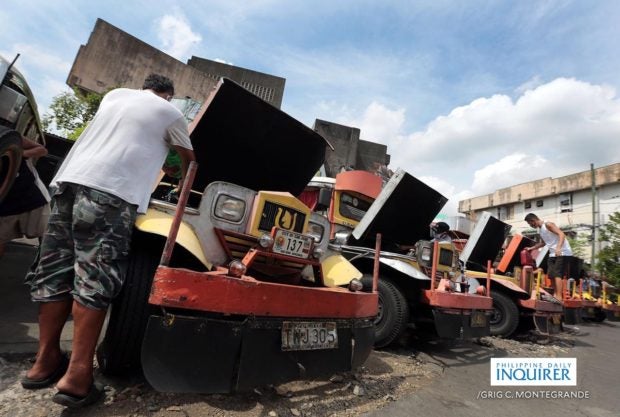 MANILA, Philippines — The House transportation committee is pushing to open all jeepney routes in Metro Manila so that jeepney drivers, who were out of work during strict quarantine protocols, could go back to the roads.

This call stemmed from the motion of ACT-Teachers party-list Rep. France Castro on Monday as she pointed out that the majority of jeepney drivers in the metropolis are still out of work five months since mass public transportation was suspended in March.

She assured that jeepney drivers will abide by minimum health protocols against the spread of COVID-19.

(I move that all routes be opened with the proper minimum health protocol on our jeepneys.)

(I can no longer stomach what is happening to our jeepney drivers.)

Her motion was adopted by the committee after it was seconded by Quezon City Rep. Precious Hipolito.

At present, only 66 routes for jeepneys are open in Metro Manila, according to Land Transportation Franchising and Regulatory Board chief Martin Delgra, while 35 routes for modernized jeepneys are already opened.

The agency is also set to open a new set of routes by Friday, July 31, he said.

Delgra also explained that the government is principally considering the public health crisis brought about by COVID-19 hence it is gradually reopening jeepney routes in Metro Manila.

He assured that the reopening of routes will be continuous.

“We take into principal consideration the public health issue caused by the pandemic. There is no silver bullet with the very complex problem we are confronted with so tulung tulong po tayo rito (let’s help one another),” the LTFRB chief said.

“‘Yung pagpapalabas ng ruta (the opening of routes) is also a complex process,” he added.

As for the motion to open at once all jeepney routes in Metro Manila, Delgra said he will refer it to his technical team.