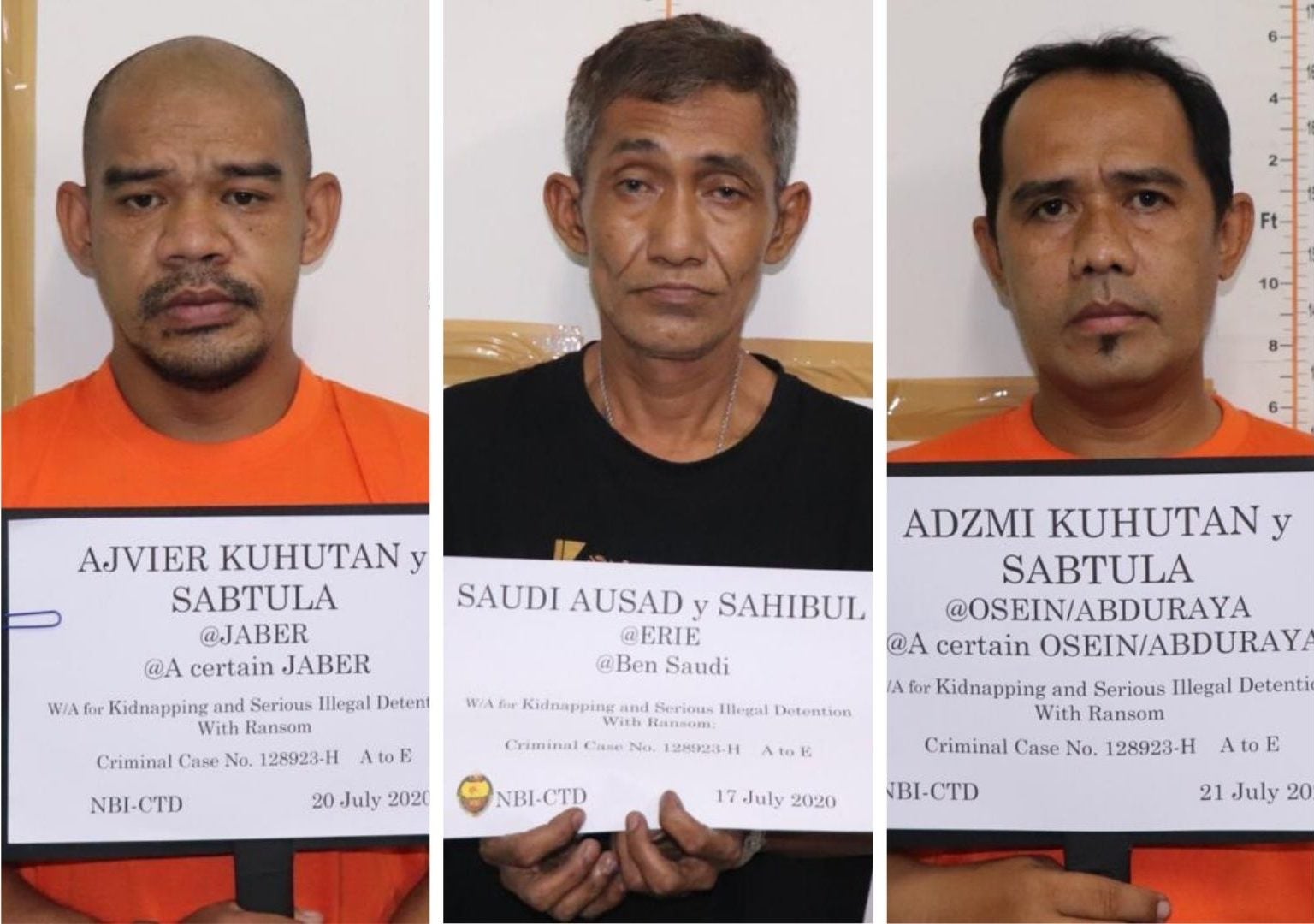 Three suspected members of the Abu Sayyaf Group allegedly involved in the kidnapping of six members of Jehovah’s Witnesses in August 2002 pose for mugshots after they were arrested on July 17, 20, and 21 in a series of operations by the National Bureau of Investigation Counter-Terrorism Division (NBI-CTD) in coordination with the police and the military. (Photos from NBI)

MANILA, Philippines — Three suspected members of the Abu Sayyaf Group allegedly involved in the kidnapping of six members of the Jehovah’s Witnesses in August 2002 were arrested in a series of operations in Metro Manila by the National Bureau of Investigation Counter-Terrorism Division (NBI-CTD) in coordination with the police and the military.

NBI officer-in-charge Eric Distor said Wednesday that the operations were based on intelligence reports on the sightings of the alleged Abu Sayyaf terrorists in Metro Manila who were involved in the kidnapping of the six members of the Christian church in Patikul, Sulu. Two of the hostages were later beheaded.

Distor said all three suspects are included in the order of arrest in Criminal Case No. 128923-H A to E for six counts of kidnapping and serious illegal detention with ransom, which is currently pending before the Taguig City Regional Trial Court Branch 271.

Operatives from the NBI-CTD and the Armed Forces of the Philippines then initiated a case build-up and conducted a series of surveillance operations to identify the subjects, their residences, workplaces, and other relevant information.

According to Distor, a witness under the witness protection program of the Department of Justice was able to identify the suspects as the ASG members involved in the kidnapping.

The following day, Kuhutan’s relatives arrived at the NBI-CTD office to inquire about his arrest and claim his personal belongings. One of the relatives who surfaced was identified as Adzmi Kuhutan who claimed to be his brother.

An intelligence report earlier received by the unit showed that a certain Osein or Abduraya who was also involved in the kidnapping case and is listed in the order of arrest is a brother of Ajvier.

Adzmi was then requested to present an identification card and to temporarily remove his face mask so that the agents can verify his identity.

The three suspects are currently detained at the NBI detention facility.

Distor said the three arrested suspects are waiting to be transferred to the Special Intensive Care Area of the Bureau of Jail Management and Penology in Taguig City.