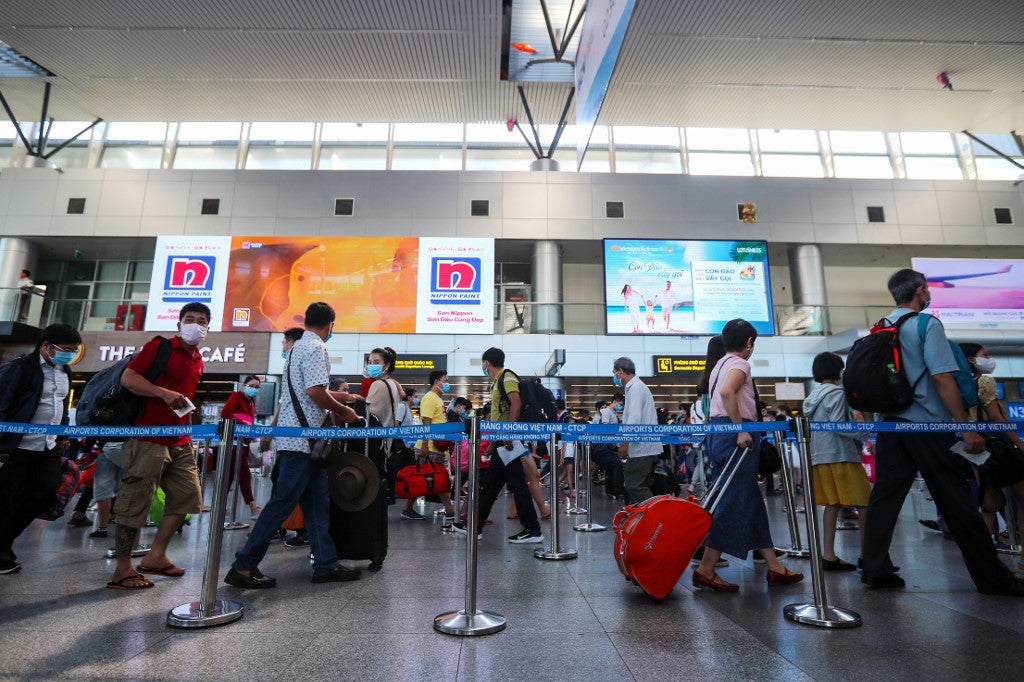 Vietnam will suspend all flights and public transport into and out of a city of 1.1 million people where the country’s first coronavirus cases in months were recently detected, authorities said Monday.

Until the weekend it appeared that the Southeast Asian country had managed to stub out the virus — and with lockdowns lifted since late April, domestic tourists had flocked back to the coastal city of Danang.

But fresh restrictions on movement, including stopping buses and taxis within the city, were announced following the discovery of Vietnam’s first locally transmitted COVID-19 infection in nearly 100 days.

The transport ministry made the order on Monday evening, just hours before it goes into effect at midnight (1700 GMT Monday).

After a 57-year-old retired Vietnamese man in Danang was confirmed to have the disease on Saturday — the first community transmission since April 16 — more than a dozen new infections have been found.

Danang is a popular tourist destination and its beaches and restaurants have been packed with local visitors.

From Monday until the end of the week, the city was scheduled to receive around 80,000 passengers on domestic flights, according to the country’s civil aviation authority.

Earlier in the day, the body said some airlines would increase outbound flights to ferry fearful passengers out.

But by nightfall, the transport ministry announced all routes in and out of the city would be suspended.

Trains, boats to islands, buses, taxis and tourist vehicles in Danang will also be halted for 15 days.

Most of the new cases in Danang were linked to three hospitals, which will be “put under lockdown from 12am on July 28 until further notice”, according to an announcement on the city’s website.

Meanwhile, residents in most of the city’s districts were advised to stay home unless absolutely necessary, with a ban on gatherings of more than two people in public.

So far Vietnam has reported a total of just 431 virus cases — including the new patients in Danang — and no deaths, winning praise for its handling of the epidemic.

Communist authorities were quick to lock down the country after the virus emerged in neighbouring China, with a rigorous state quarantine and contact-tracing system.