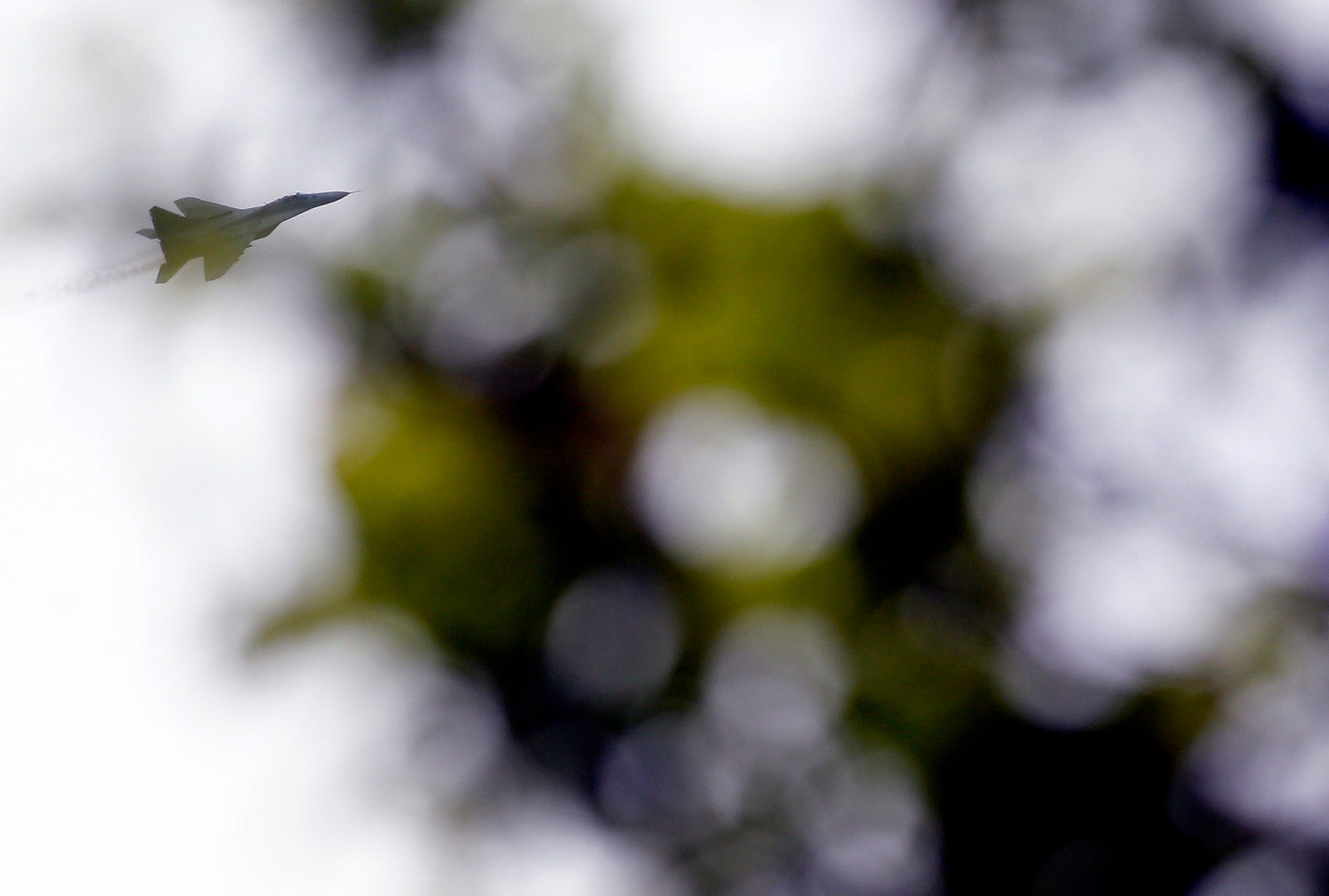 FILE – In this Tuesday, May 9, 2017 file photo, a Serbian army MiG-29 jet fighter performs during exercise at a ceremony marking 72 years since the end of WWII and the defeat of Nazi Germany, at Nikinci training ground, 60 kilometers west of Belgrade, Serbia. Serbia will continue to strengthen its armed forces and is ready to purchase more warplanes amid simmering tensions in the Balkans, the Serbian president said Sunday, July 26, 2020. (AP Photo/Darko Vojinovic, file)

BELGRADE, Serbia  — Serbia will strengthen its armed forces and is seeking to purchase more warplanes amid simmering tensions in the Balkans, the Serbian president said Sunday.

President Aleksandar Vucic said “certain initiatives” have been made to buy a fleet of fighter-bombers, accusing the U.S. and other Western countries of arming Serbia’s NATO neighbors and its breakaway former province of Kosovo.

“The Americans, Turks and Germans are taking care of their beloved child,” Vucic said, referring to Kosovo. He said the U.S. has recently delivered a number of armored vehicles to Kosovo’s security forces.

During a tour of a Serbian army tank brigade, Vucic said his country cannot compete with “NATO donations” to its neighbors when it comes to weapons, “therefore we must do it alone.”

Vucic did not specify what type of warplanes Serbia plans to buy, but the pro-government media said his government has officially asked the U.S. for the delivery of 20 fighter-bombers.

The reports said Washington has not yet responded to Belgrade’s request and that in case of a refusal, it is likely to purchase Russian-made Sukhoi-25 attack aircraft.

U.S. officials have in the past spoken openly about introducing sanctions against Serbia if Moscow sends more arms to the country, especially those that could jeopardize the security of neighboring NATO-member states.

The Russian and Chinese arming of Serbia is being watched with unease in the West and among Serbia’s neighbors. Tensions are growing in the Balkans, which went through a devastating civil war in the 1990s. NATO intervened in Serbia to stop a bloody Serb crackdown against Kosovo Albanian separatists in 1999.

Despite formally seeking to join the European Union, Serbia’s populist leadership has further strengthened close political and military ties with the Kremlin, as well as Beijing.

Serbia, as well as Russia and China, don’t accept Kosovo’s independence, which is recognized by the U.S. and most of the West.