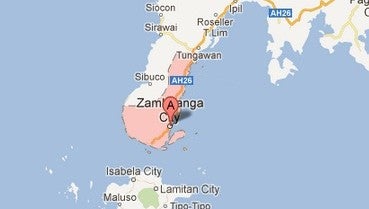 MANILA, Philippines — A video showing a police officer from Zamboanga City pinning down an alleged checkpoint violator has gone viral on social media, as netizens say it draws comparison to the controversial death of black American George Floyd.

In the video, the officer was seen forcing the suspect to lay on his back along the unspecified road, before the police officer eventually pinned him down on his neck and upper body using his left knee.

Cambay added that it is unfortunate that the officer had to resort to a “brutal application of unreasonable force” when the suspect appeared to be cooperative.  However, he also noted that the video might have not captured the whole story that is why this case necessitates an investigation.

“His administrative relief is part of our procedure to give way to impartial investigation free of any influence by reason of office or position,” Cambay said in a statement.

“It is unfortunate that the viral video seems to suggest brutality or application of unreasonable force disproportionate to subdue a seemingly cooperative suspect,” he noted.

In the comments section of the said video, netizens were quick to point out similarities between the said incident and the death of black American George Floyd, who was also a victim of police brutality in the United States.

Floyd was pinned down on the neck too by Minneapolis police Officer Derek Chauvin, despite the former saying that he cannot breathe.  Chauvin is currently detained and is facing second-degree murder charges.

Floyd’s death sparked a series of Black Lives Matter protests across US, with several states bearing problems of looting and arson amid the demonstrations.

Despite the glaring similarities, PRO-9 assured that their personnel remains professional and treats the human rights of suspects properly.

“The Regional Director assured the public that the PNP which is a professional organization always accords suspects under custody with proper protection and utmost respect for human rights,” PRO-9’s Public Information Office said.

“The PNP organization never tolerate its police personnel who performed their duty beyond what is being laid down in the PNP operational procedure,” it added.