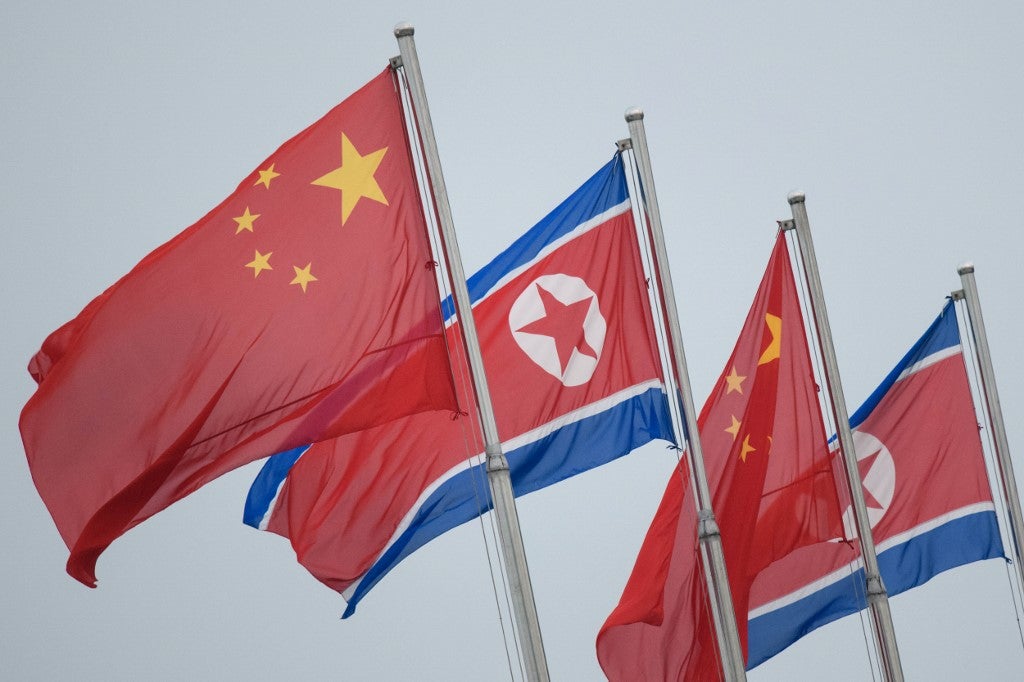 A huge fleet of Chinese fishing boats has been operating illegally in North Korean waters catching hundreds of millions of dollars worth of squid, a study showed Wednesday.

The competition from hundreds of larger, better-equipped Chinese vessels was forcing North Korean fishermen to poach in Russian waters, according to a group of international researchers involved in the Global Fishing Watch study.

At least 900 “dark” fishing boats of Chinese origin — vessels which are not detected by public monitoring systems — poached in North Korean waters in 2017, the researchers found, with 700 doing so the following year. 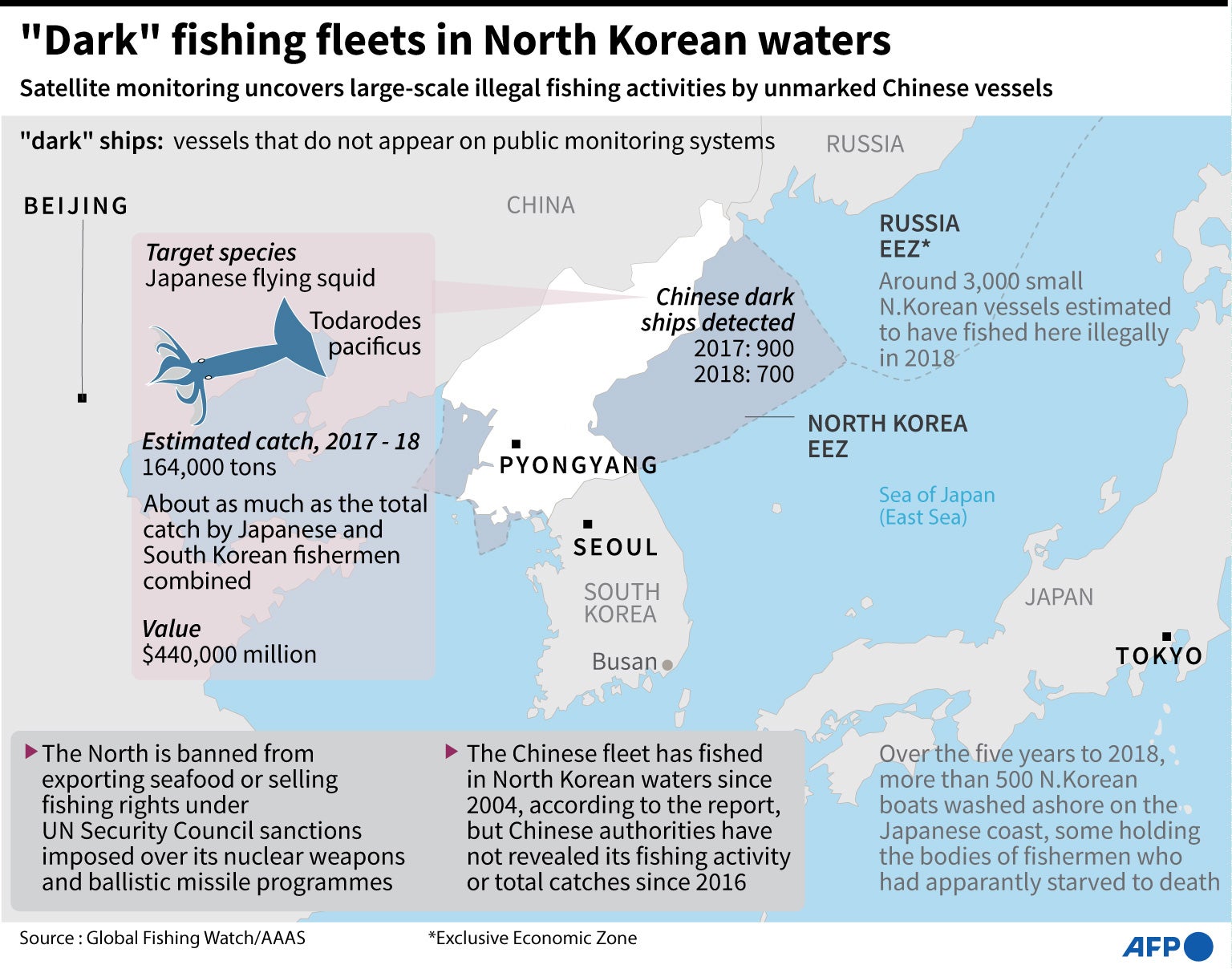 It was “the largest known case of illegal fishing perpetrated by a single distant-water fleet,” according to the study published by the American Association for the Advancement of Science in its journal Science Advances.

The North is banned from exporting seafood or selling fishing rights under UN Security Council sanctions imposed over its nuclear weapons and ballistic missile programs.

It is not clear whether there is a contractual relationship between Beijing and Pyongyang over the fishing.

But in their latest report, UN sanctions monitors said the North “continued to earn income from the illicit sale of fishing rights”.

According to the researchers, over the two-year period the Chinese boats caught an estimated $440 million worth of Japanese flying squid — about as much as the total catch by Japanese and South Korean fishermen combined.

The animal, whose scientific name is Todarodes pacificus, is one of the top five seafoods consumed in Japan, the report said, and South Korea’s most valuable seafood product — and until the export ban was imposed it was Pyongyang’s third-largest export.

The Chinese fleet has fished in North Korean waters since 2004, according to the report, but Chinese authorities have not revealed its fishing activity or total catches since 2016.

Competition from larger Chinese trawlers was displacing small-scale North Korean wooden boats, the study said, which instead poached in neighboring Russian waters, which the Japanese flying squid pass through on a seasonal migration.

The Russian government has authorized fewer than 100 North Korean boats since 2014 and none in 2017, but the study said around 3,000 vessels were estimated to have fished there illegally in 2018.

North Korean fishermen risked “starvation and death” to reach the Russian fishing grounds, it said, with their wooden vessels “severely under-equipped for the long-distance travel”.

Over the five years to 2018, more than 500 North Korean boats washed ashore on Japanese coasts, according to the study, adding that many fishing settlements on the eastern coast of North Korea had reportedly been coined “widows’ villages.”