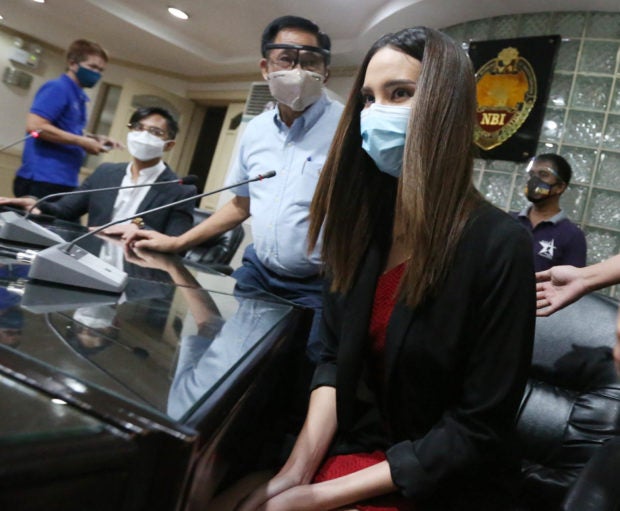 BEAUTY UNDER SIEGE MissUniverse 2018 Catriona Gray meets with NBI officials to seek their help in catching those who posted a topless photo of her online.— MARIANNE BERMUDEZ

MANILA, Philippines — Miss Universe 2018 Catriona Gray asked the National Bureau of Investigation (NBI) on Tuesday to find those who had posted a fake seminude photo of her on social media.

Christopher Liquigan, Gray’s lawyer who accompanied her to the NBI headquarters in Manila, told reporters that they were “coordinating with authorities to hold accountable whoever is behind this scheme.”

He added that they would take legal action against those who made and published the photo.

Gray and her lawyer met with NBI deputy director for investigation Vicente de Guzman III. The beauty queen did not talk to the media. A half-nude photo allegedly of the beauty queen has been circulating on social media in the past few days with Gray’s camp saying that it had been faked.

“She was hurt. She was surprised… [The photo was] obviously altered…,” Liquigan said, adding that the picture used was taken from her promotional campaign with a clothing company.