Echoing President Rodrigo Duterte, a leader of the House of Representatives on Friday suggested to the Lopez family that they sell their prized jewel ABS-CBN and he would then support a broadcast franchise for its new owners.

“If they really love the 11,000 employees, or more, and they really want to serve the Filipino people, they will just sell the company,” Deputy Speaker Luis Raymund Villafuerte Jr. said in an interview with ABS-CBN News Channel (ANC),the company’s cable television station.

“Bottom line, my suggestion to the Lopez family is they sell the corporation,” Villafuerte said. “Myself, I will support the renewal [of ABS-CBN’s franchise] under new management.”

The Camarines Sur lawmaker was one of the House members who voted against ABS-CBN’s franchise application.

“I’m sure that if they sell it, big companies can provide the capital to run it, the manpower, financial, economic technical expertise to run the company,” Villafuerte added.

He did not mention any possible buyers.

A company spokesperson did not immediately respond to a request for comment.

ABS-CBN’s application for a new 25-year license was denied by the House legislative franchises committee in a 70-11 vote on July 10, more than a month after the network was forced to shut down its radio and TV operations on May 5, a day after its old franchise expired.

Villafuerte on Wednesday filed a resolution proposing the temporary use of ABS-CBN’s radio and TV frequencies by the government for its distance learning program. 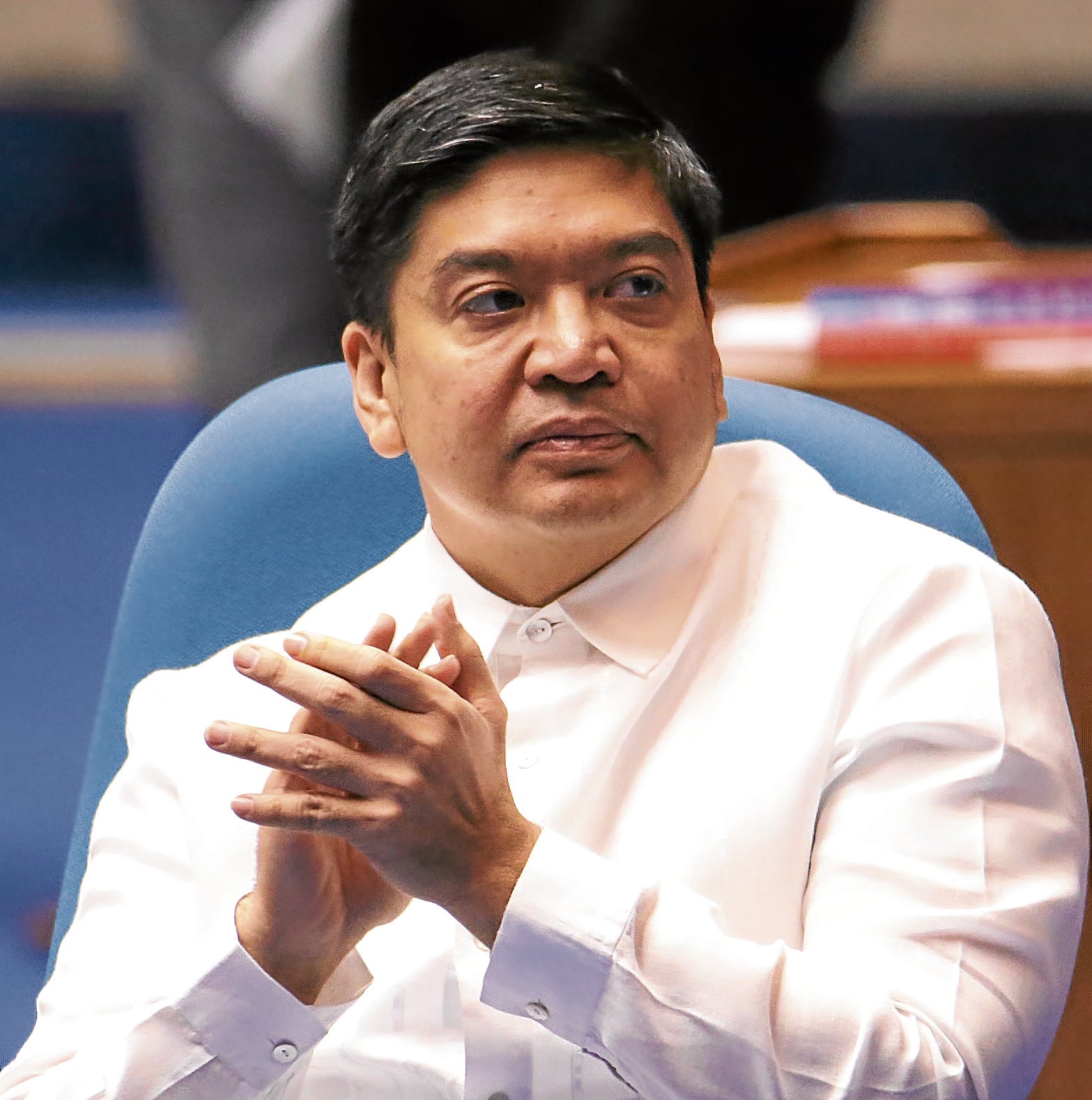 The sale of the company was “just a suggestion,” he said.

“Besides, the Lopezes earned billions already and they still have other companies like First Gen and Rockwell,” Villafuerte said, referring to the Lopez-led power and real estate companies.

The President first suggested the sale in a speech on Dec. 30 last year.

“If I were you, just sell it. Because it’s only now that the Filipino can retaliate against your abuses. And I will make sure that you will remember this episode of our times forever,” said Mr. Duterte, who had repeatedly threatened to block a new franchise for ABS-CBN.

The President had been constantly lashing out at the network, accusing it of unfair reporting and of running a negative advertisement against him while refusing to run his own ads that he had already paid for during the presidential campaign.

In the ANC interview, Villafuerte clarified that his House Resolution No. 1044 recommending that the government make use of ABS-CBN’s prized frequencies was not meant to stir talk of another “takeover” or sequestration of the broadcast giant.

“The takeover of ABS-CBN facilities was never in my mind when I crafted the resolution. A takeover, if and when it should happen, should be done by negotiation and communication,” he said, adding the government “cannot force” that on the owners.

“Others are saying the government has no technical capability to run it but I think the win-win solution, is why don’t we just talk to ABS-CBN?” Villafuerte said.

Albay Rep. Edcel Lagman said in a statement that Villafuerte’s proposal would be costly for the government and was unnecessary.

He said broadcast infrastructure like towers and transmitters would have to be constructed and that would require public bidding and engineers would be needed by the government to operate them, the opposition lawmaker said.

There is no more need for government to use ABS-CBN’s frequencies for distance learning because it already has so much television frequencies in PTV 4 and IBC 13, and also radio frequencies under the Philippine Broadcast Service, Lagman said.

Considering that classes are scheduled to resume on Aug. 24, “time constraints militate against the use of ABS-CBN’s frequencies,” he said.

Lagman also said the government has an existing free Wi-Fi project which could be used for distance learning.

At an online forum also on Friday, Lagman said ABS-CBN could still appeal the rejection of its franchise in the Supreme Court as “there’s no recourse available within the four corners of the House of Representatives.”

He said ABS-CBN could petition the court to invoke its power to review the decision of the House.

“Under the Constitution, the Supreme Court has an expanded power of judicial review. It can nullify actions of other branches of government, like Congress and its committees, if there’s grave abuse of discretion amounting to lack or extent of jurisdiction,” he said.

Lagman said the “lopsided approval” of the recommendation by a technical working group to members of the House franchise committee to reject the ABS-CBN franchise application was “arbitrary and abusive.”

“It was a cover-up of a foregone conclusion to shut down ABS-CBN by not renewing its franchise. This is consistent to the repeated pronouncements of the President that he will oppose the renewal of the franchise of ABS-CBN,” he said.

The veteran legislator added that the decision of members of the House to reject ABS-CBN’s franchise bid was a violation of freedom of the press and the right of information of citizens.

“Those who voted against the renewal are saying that it was an exercise of the power of the House to grant franchises,” Lagman said. “But this right shouldn’t be exercised arbitrarily and with caprice, especially in dealing with franchise renewals and not new applications, where billions have been invested and thousands of employees have been employed.”

Rules of the game

Melinda Quintos de Jesus, director of the Center for Media Freedom and Responsibility, said the vote against the franchise exposed how “political power rules over media power in the country.”

“The media, as the Fourth Estate, is supposed to guard against government abuses,” she said. “Before, we couldn’t imagine something like this would happen because we presumed that everyone understands the rules of the game, and the rules of the game are written in the Constitution.” —WITH REPORTS FROM MELVIN GASCON AND MARIEJO S. RAMOS