Britain set to back removal of Huawei from 5G | Inquirer News

Britain set to back removal of Huawei from 5G

LONDON — Britain was expected Tuesday to approve the phased removal of Chinese telecoms giant Huawei from its 5G network, a decision long sought by Washington but resisted by Beijing. 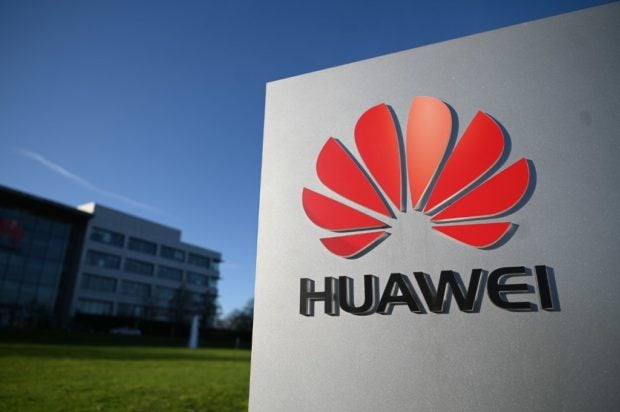 In this file photo taken on January 28, 2020 the logo of Chinese company Huawei is seen at their main UK offices in Reading, west of London. British Prime Minister Boris Johnson will reportedly decide this week whether to phase out the Chinese technology giant’s equipment from the UK’s 5G network because of persistent spying concerns. Photo by DANIEL LEAL-OLIVAS / AFP

Prime Minister Boris Johnson was chairing meetings of his cabinet and the National Security Council, with an expected decision on the issue.

Last week, China warned Britain it could face repercussions in terms of its international reputation as a trading nation if it backed down on Huawei.

Johnson infuriated US President Donald Trump and upset some members of his own Conservative party by allowing the Chinese 5G leader to help roll out Britain’s speedy new data network in January.

The UK was then completing its tortured departure from the European Union and looking to establish strong ties with powerful Asian economies that could fulfill Johnson’s vision of a “global Britain.”

But the Trump administration told Johnson’s government that its decision imperilled intelligence sharing and could even result in the Pentagon relocating some fighter jets from its English base.

Washington believes the private Chinese company could either spy for Beijing or shut down rival countries’ 5G networks in times of war.

Huawei has always denied this and pointed to two decades of cooperation with British security agencies that checked on the safety of its existing 3G and 4G networks.

The British review was triggered by new US sanctions in May that blocked Huawei’s access to US chips and semi-conductors at the heart of 5G networks.

The restriction raised the possibility of Huawei having to switch from trusted US suppliers to alternatives whose safety could not be guaranteed by UK security agencies.

Johnson is coming under growing political pressure to not only dump Huawei but also adopt a tough line with China for its treatment of Hong Kong and repression of ethnic Uighurs in the western Xinjiang region.

But he also pledged to voters last year to bring broadband access to all Britons by 2025.

British telecoms companies have warned that stripping out all existing Huawei equipment could cost them billions and take years to implement.

BT chief executive Philip Jansen said Monday that Britain could suffer “outages” and potential security risks if the sector was forced to stop dealing with the Chinese firm.

“If you were to try and not have Huawei at all (in 5G activities) ideally we’d want seven years and we could probably do it in five,” he said.

Huawei appears resigned to eventually losing the British market after fighting the decision for months.

Its executives reportedly wrote to Johnson’s office requesting that Britain’s ban on the installation of new Huawei equipment only take effect at the end of 2021.

Huawei also reportedly wants the deadline for all its gear to be stripped of Britain to take effect after June 2025.

Johnson’s government originally allowed Huawei to roll out up to 35 percent of Britain’s 5G network under the condition that it stays out of “core” elements dealing with personal data.