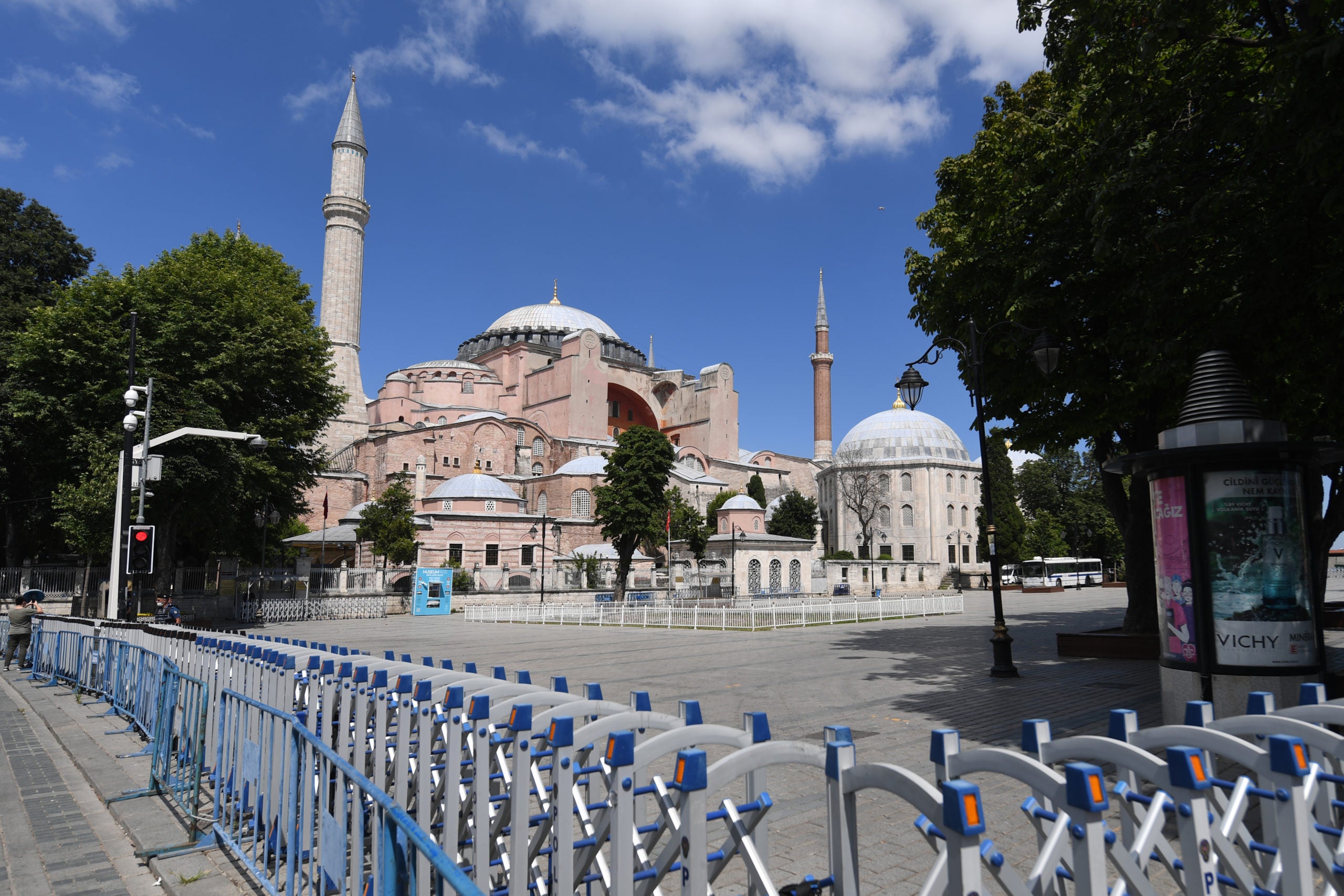 A picture taken on July 11, 2020 shows police fences set up around Hagia Sophia in Istanbul, a day after a top Turkish court revoked the sixth-century Hagia Sophia’s status as a museum, clearing the way for it to be turned back into a mosque. – President Recep Tayyip Erdogan on July 11 rejected worldwide condemnation over Turkey’s decision to convert the Byzantine-era monument Hagia Sophia back into a mosque, saying it represented his country’s will to use its “sovereign rights”. (Photo by Ozan KOSE / AFP)

VATICAN CITY, Holy See — Pope Francis said Sunday he was “very distressed” over Turkey’s decision to convert the Byzantine-era monument Hagia Sophia back into a mosque.

“My thoughts go to Istanbul. I’m thinking about Hagia Sophia. I am very distressed,” the pope said in the Vatican’s first reaction to a decision that has drawn international criticism.

The Vatican newspaper Osservatore Romano had on Saturday carried reactions from different countries about Friday’s decision to turn the monument from a museum back into a mosque but without any comment.

A magnet for tourists worldwide, the Hagia Sophia was first constructed as a cathedral in the Christian Byzantine Empire but was converted into a mosque after the Ottoman conquest of Constantinople in 1453.

President Recep Tayyip Erdogan, who critics say is chipping away at the Muslim-majority country’s secular pillars, announced Friday that Muslim prayers would begin on July 24 at the UNESCO World Heritage site.

In the past, he has repeatedly called for the stunning building to be renamed as a mosque and in 2018, he recited a verse from the Koran at Hagia Sophia.

Erdogan’s announcement came after a top court canceled a 1934 cabinet decision under modern Turkey’s secularising founder Mustafa Kemal Ataturk to preserve the church-turned-mosque as a museum.