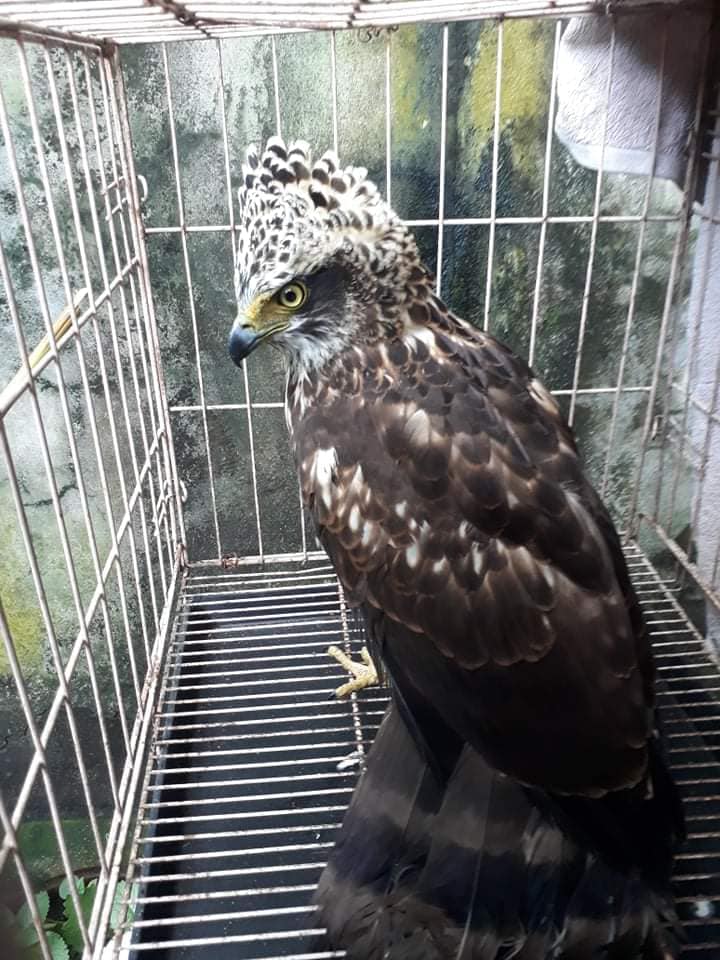 The juvenile Philippine serpent eagle that was rescued and eventually released to the wild in Kiamba, Sarangani on Monday (July 6). (PHOTO FROM DENR)

Felix Alicer, regional executive director of the Department of Environment and Natural Resources (DENR), said the bird was rescued by Francisco Polayapoy, village chief of Lomuyon in Kiamba town, along the shoreline.

Polayapoy turned over the bird to the care of the Kiamba Community Environment and Natural Resources Office (Cenro).

According to the Philippine Eagle Foundation, the rescued bird of prey could be female and weighed more than 800 grams.

On Monday, the Cenro released the young bird in Kiamba.

According to Ali M. Hadjinasser, of the Kiamba Cenro, the bird was the second serpent eagle released in the town this year.