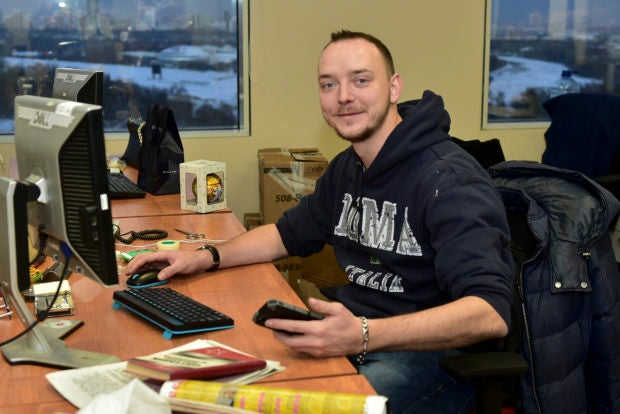 ADDING RUSSIA OUT – In this photo taken on Sunday, Jan. 10, 2016, Ivan Safronov looks at a photographer in his working place in Kommersant Publishing House in Moscow, Russia. Safronov, an adviser to the director of Russia’s state space corporation Roscosmos, has been detained on treason charges by the nation’s top security agency. (Peter Kassin, Kommersant Photo via AP)

MOSCOW — An adviser to the director of Russia’s state space corporation has been detained on treason charges, the nation’s top security agency said Tuesday.

Ivan Safronov, an adviser to Roscosmos head Dmitry Rogozin, was detained in Moscow by agents of the Federal Security Service (FSB), the main KGB successor agency.

The FSB said that Safronov is accused of relaying sensitive data to a spy agency of an unspecified NATO member. It said in a statement that the information he provided referred to “military-technical cooperation, defense, and security of the Russian Federation.”

Safronov could face up to 20 years in prison if convicted.

Roscosmos said in a statement that the charges didn’t relate to Safronov’s work for the corporation, which he joined in May. Prior to that, Safronov worked as a correspondent for the top business daily Kommersant for nearly a decade until 2019, and after that worked for a year for another business daily, Vedomosti.

Last year, the FSB reportedly opened an inquiry following Safronov’s article that claimed that Russia had signed a contract with Egypt for the delivery of sophisticated Su-35 fighter jets. Kommersant later removed the report from its website, and no charges were filed.

Safronov’s father also worked for Kommersant after retiring from the armed forces and covered military issues. In 2007, he died after falling from a window of his apartment building in Moscow.

Investigators concluded that he killed himself, but some Russian media questioned the official version, pointing at his intention to publish a sensitive report about secret arms deliveries to Iran and Syria.