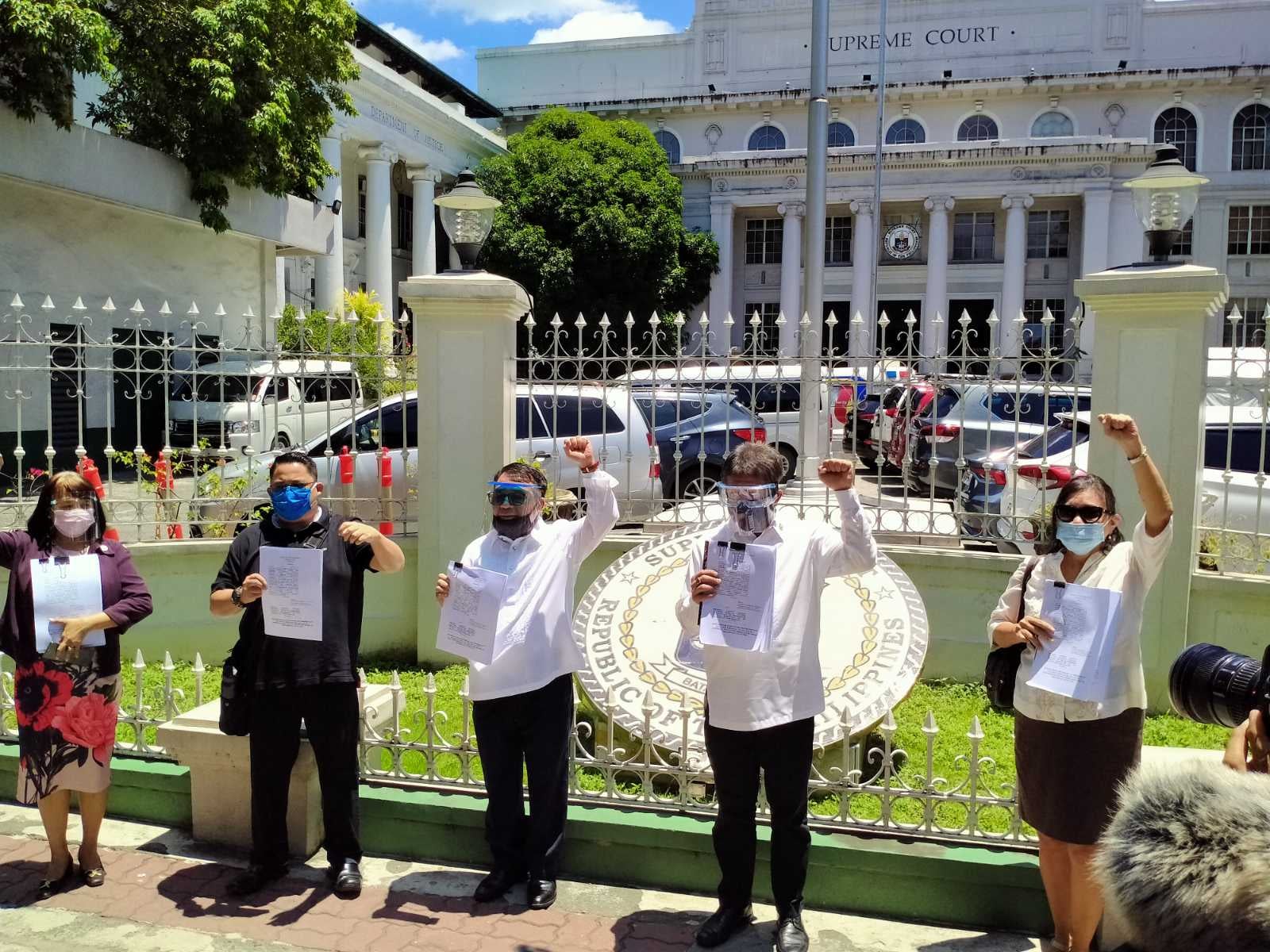 Makabayan bloc files third petition against the Anti-Terror Law at the Supreme Court. Photo from the Makabayan bloc

MANILA, Philippines — The Anti-Terrorism Act seeks to terrorize people into silence, members of the Makabayan bloc said in their petition filed before the Supreme Court.

This is the third petition filed with the Supreme Court to oppose the anti-terror law.

Petitioners said Republic Act 11479 or the Anti-Terrorism Act of 2020 has violated several provisions of the Constitution.

Like the first two petitions, the Makabayan bloc called as broad and overbroad the definition of “terrorism,” which they said now punishes even free speech and expression, free press and the right to peaceably assemble.

“Self-censorship will abound, as Filipinos will fear the sweeping powers of the police, military, and other enforcers of RA 11479, such as arrest without warrant for up to 24 days on mere suspicion of being a “terrorist,” petitioners said.

Petitioners said they already took the case before the Supreme Court before its actual enforcement to prevent potential injury to the public. They pointed out that implementors of the new law already told its critics that they should be “tahimik lang” [stay quiet].

“The Makabayan bloc thus prays that the High Court strike down this law as early as now, before a single person is silenced, or before anyone is arrested and detained without any warrant,” petitioners said.

ADVERTISEMENT
Read Next
2 of 3 key COVID-19 protocols listed by DOH barely enforced in Cebu
EDITORS' PICK
A gem of a residence in the new normal
Been there, done that but what’s the difference between MECQ and GCQ?
BREAKING: 3,226 latest COVID-19 cases bring PH’s total to 106,330
Water remains our saving grace right now
PNP: Checkpoints back in MECQ areas
Smart 5G goes live
MOST READ
MECQ guidelines in infographics
MECQ in NCR, other areas: Mass transportation suspended, quarantine pass required anew
Duterte heeds frontliners’ plea, reimposes MECQ in Metro Manila, other areas Aug. 4 -18
Doctors group to Duterte: ‘There was never a call for a revolt’
Don't miss out on the latest news and information.