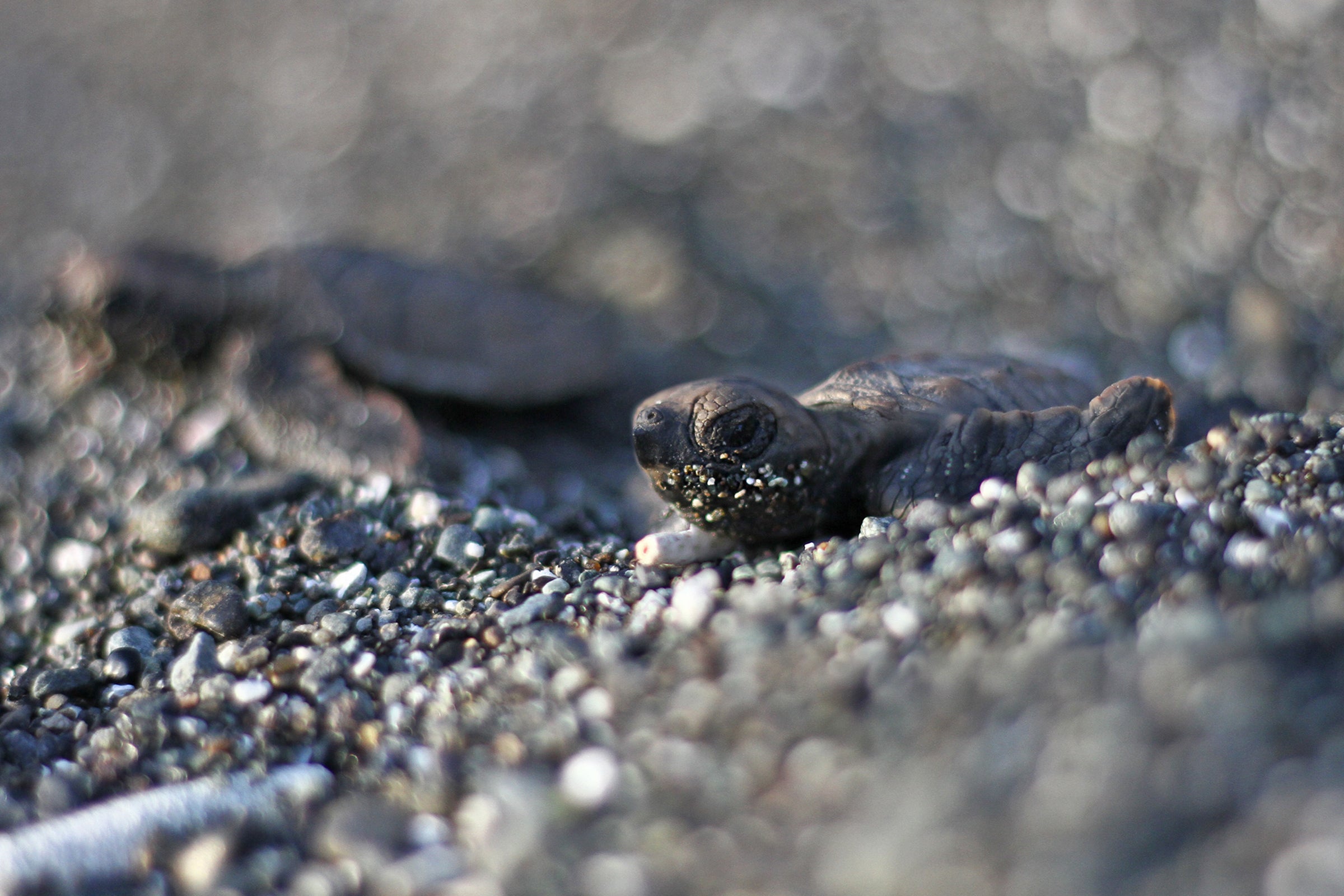 SEA BOUND A hawksbill sea turtle hatchling crawls toward the open waters of Gingoog Bay after villagers released it on the beach of Barangay Candiis, Magsaysay town, in Misamis Oriental province on June 21. —ERWIN MASCARIñAS

BUTUAN CITY—The absence of beachgoers due to quarantine restrictions has allowed the critically endangered hawksbill sea turtles (Eretmochelys imbricata) to thrive in Magsaysay town, Misamis Oriental province, where they nested undisturbed during the COVID-19 lockdown.

In June alone, the coastal villages of Candiis and Bonifacio Aquino in Magsaysay released back to the sea a total of 246 turtle hatchlings, said Candiis Councilman Rolando Pagara, who leads the community’s turtle conservation efforts.

This brought to 633 the total number of hatchlings released by the town in the first six months of the year, or double the 315 hatchlings set free last year.

“Hawksbill turtle eggs usually hatch between 60 and 65 days,” he said. “But the hatchlings we released on May 1 were nested on the beach on March 17, so their incubation only lasted 46 days. The same was true for all the other eggs that hatched in May and June,” he said.

Pagara said there could be other nesting areas in Magsaysay town, which had not yet been documented.

The International Union for the Conservation of Nature has classified the hawksbill turtle as a critically endangered species as its population had dwindled by as much as 80 percent in the last decade.

In the Philippines, the turtle species is among the most trafficked in the black market, coveted for its shell, which is carved into ornaments and baubles.

The Department of Environment and Natural Resources has declared 612 hectares in Magsaysay as critical habitat for hawksbill turtles, with Candiis, San Isidro and Dimayohan identified as nesting sites.

Republic Act No. 9147, or the Wildlife Resources Conservation and Protection Act, which aims to protect all wildlife, including the marine turtles, penalizes the hunting, killing, gathering of turtle eggs, and the destruction of their nests with a fine of P100,000 to P1 million and imprisonment of six to 12 years.