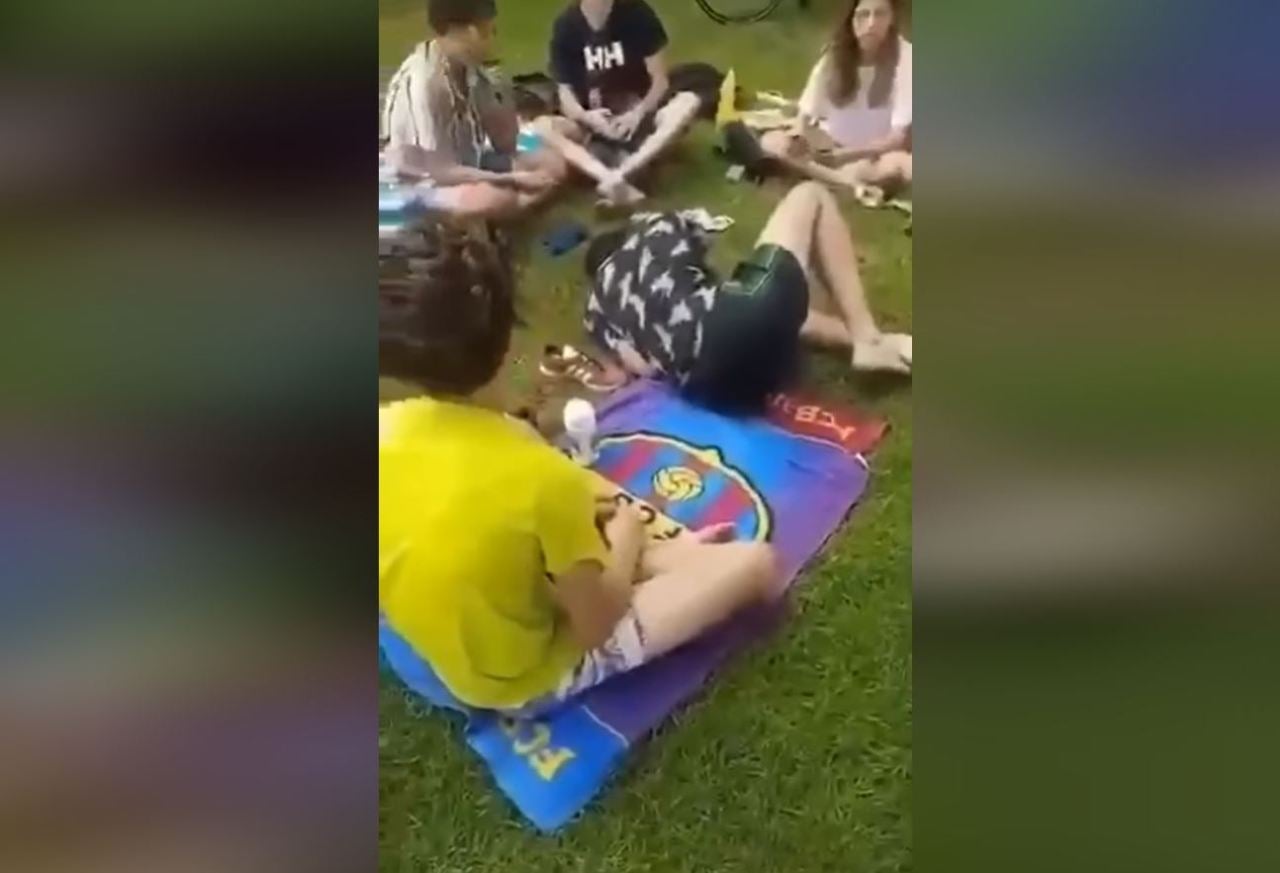 A video showed a Dutch teen of Korean descent being targeted by a group of people in a racist attack earlier this week. The incident angered many South Koreans here amid growing discrimination against Asians since the COVID-19 pandemic started. (Screen Capture)

SEOUL —A video of a Dutch teen of Korean descent being targeted by a group of people in a racist attack angered many South Koreans here amid growing discrimination against Asians since the COVID-19 pandemic started.

The boy’s mother, Sora van der Vliet, spoke with The Korea Herald about the incident, which occurred June 21 near Lake Jagersplas in the Dutch city of Zaandam, where her son, 16-year-old Yanil, was hanging out with eight of his friends.

According to her, a group of five boys approached Yanil and his friends and shouted “What are you looking at, cancer Chinese?” They also made comments such as “corona,” “ching cheng chong” and more.

The boys left the scene only to return with more people. The confrontation escalated into a physical assault, and Yanil got kicked in the face. The attack was captured on video, and his mother shared it to protest racism and urge the police to take action.

“They clearly targeted him because he is Asian,” his mother told The Korea Herald. “This would not have happened if my boy is white. It was infuriating.”

Luckily, Yanil escaped serious injury and only got a bruise on his face, his mother said.

Dutch police have launched an investigation, and the incident was reported by several local media outlets. The boy’s mother said the Korean Embassy in the Netherlands had given its condolences to her family and “promised to provide any support as needed.”

“I thank everyone who came in support for my boy,” she said, adding that many had left supportive messages on her son’s social media. “Racial discrimination has been even worse than normal during the coronavirus outbreak, and this should not happen anymore.”

The Korean Embassy in the Netherlands said it had asked the local police and the country’s Ministry of Foreign Affairs to take appropriate action to prevent further cases of racial discrimination against ethnic Asians.