A Singapore-based Filipino artist who has faced the woes of commuting in Metro Manila has turned his experiences into art.

Now living in Singapore with his family, the comics are inspired by his past commuting experiences and the struggles commuters face nowadays because of the coronavirus pandemic.

He only draws his personal projects after office hours and it took him about six or seven nights, allocating one to two hours for each drawing, to finish all the illustrations.

While working on this project, Sunga recounted the times when he used to work in Bonifacio Global City in Taguig. Coming from their house in Rizal, it always took him about four to five hours of commuting every day going back and forth.

“Being born in a lower-middle class family, I’ve been commuting all my life since [we] never owned a car. I would walk about two kilometers from my office in BGC to EDSA, then take multiple [rides] before finally going home,” Sunga told INQUIRER.net in an interview.

With that, Sunga said he knows that what he has experienced before is nowhere near the hardships commuters are now dealing with. Commutes in Metro Manila have become more challenging due to the lack of public transportation during the coronavirus situation. 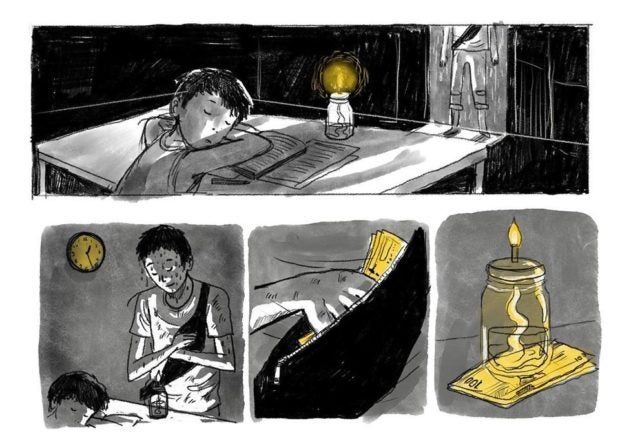 “I’ve been watching Philippine news on how people go to work with almost no options for public transport and how some privileged people quickly label them as ‘pasaway (disobedient)’ for going out to work,” he said.

“So I made a story of an ‘arawan’, people who get paid by the day like construction workers and [the hardships they have to endure] just to go home [after earning some] money for their [families].”

“The comics ‘Bukas Ulit’ is a reflection of what these people experience — an everyday struggle, but also a chance for hope,” Sunga said, adding, “It can be both hopeful and depressing at the same time, depending on the [viewer’s perception].”

When building panels for the comics, Ray Sunga tried creating images that would make people think and give their opinions about the topic. As soon as he shared it on Facebook, he did not fail to get social media users’ attention, with some of them sharing their thoughts. 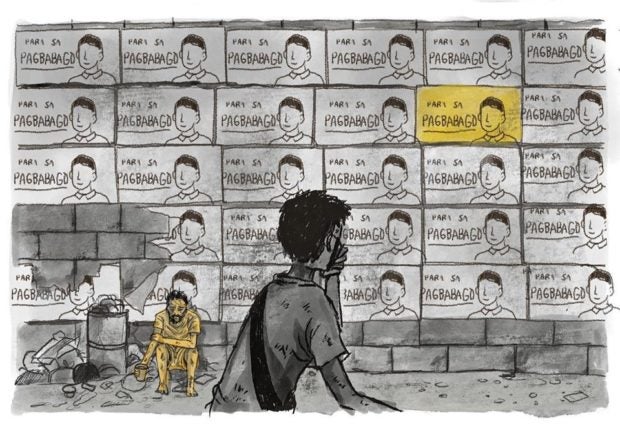 “I read some of the comments [on] the comics and people have [interpreted] it differently. Some think it’s about Pinoys’ resiliency, some think it’s an appreciation for workers, and [even] others started a conversation about the upcoming elections and how we [should] choose our next leaders,” he said.

His post has already gained over 7,700 reactions and over 10,000 shares as of this writing.

Sharing his takeaway on his artwork, Sunga told INQUIRER.net that he wants viewers to see that “people who are fortunate enough to be working from home, safe and secure at the comfort of their own houses, with food on the table every day, [would] be able to [see] this and [empathize with the less fortunate ones]. I also think tackling inequality [would] benefit everyone.”

As an artist, Sunga wants to continue inspiring other people through his creations. “We are the nation’s storytellers,” he said. “I think that now more than ever, we need to express ourselves through art.” NVG

Read Next
After Tulsa, Trump heads to virus hotspot Arizona and border
EDITORS' PICK
BAP: PH banks can withstand ABSCBN shutdown
World-standard accounting: Unlocking your financial potential
Early to tell if PH has reached ‘peak’ of COVID-19 outbreak — WHO exec
Water remains our saving grace right now
Defend Your Health! Shop health essentials from home with Rose Pharmacy’s Online Sale
DTI: Restaurants’ dine-in capacity to further expand, LGUs encouraged to move curfew time
MOST READ
Enchong Dee to Harry Roque for saying ‘move on’ from ABS-CBN shutdown: ‘You disgust me’
US rejects nearly all Chinese claims in South China Sea
Defensor: ‘No problem’ with daughter expressing support for ABS-CBN
‘I am not my father,’ says daughter of lawmaker who voted to deny ABS-CBN franchise
Don't miss out on the latest news and information.