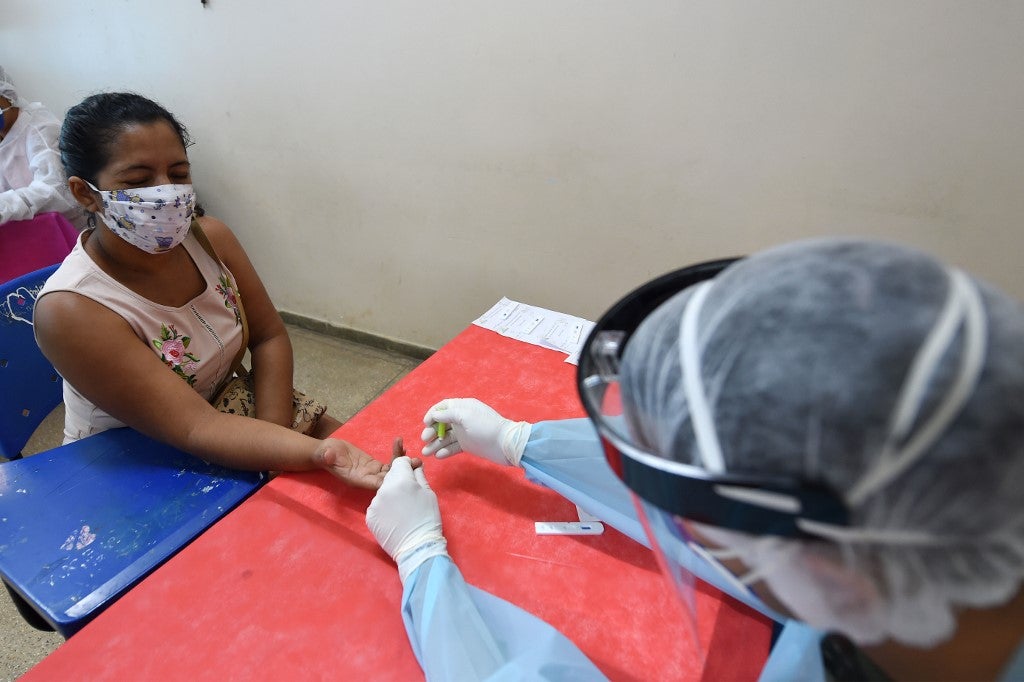 An indigenous woman of the Marubo ethnic group is tested for the novel coronavirus by a member of the medical team of the Brazilian Armed Forces at a health post in Atalaia do Norte, Amazonas state, northern Brazil, on the border with Peru, on June 20, 2020, amid the COVID-19 pandemic. (Photo by EVARISTO SA / AFP)

TULSA — Coronavirus infections in Latin America surged past two million on Saturday, with worst-hit Brazil home to nearly half of the cases as the virus accelerates its spread in the region.

Europe, which has endured months of lockdowns to slow the virus but at a crippling economic cost, was set to further ease restrictions with Spain reopening to tourists on Sunday and Italy enjoying its first Serie A soccer match in 103 days.

In the US, which has been taking stuttering steps to reopen even as 20 states have reported a rebound in infections, President Donald Trump Saturday claimed his measures had “saved millions of lives” as he addressed his first rally in months.

“Now it’s time to open up, get back to work,” he told the crowd in Tulsa, Oklahoma, even as six members of his advance team tested positive for COVID-19.

The world’s largest economy is taking a beating in a year when Trump seeks re-election.

Trump had downplayed the risk that the evening rally might trigger a coronavirus outbreak, ignoring danger warnings by Tulsa health and municipal officials.

After the president had boasted on Twitter that “almost one million people” had requested tickets for the rally, the 20,000-capacity arena was far from full, with many upper deck seats empty. 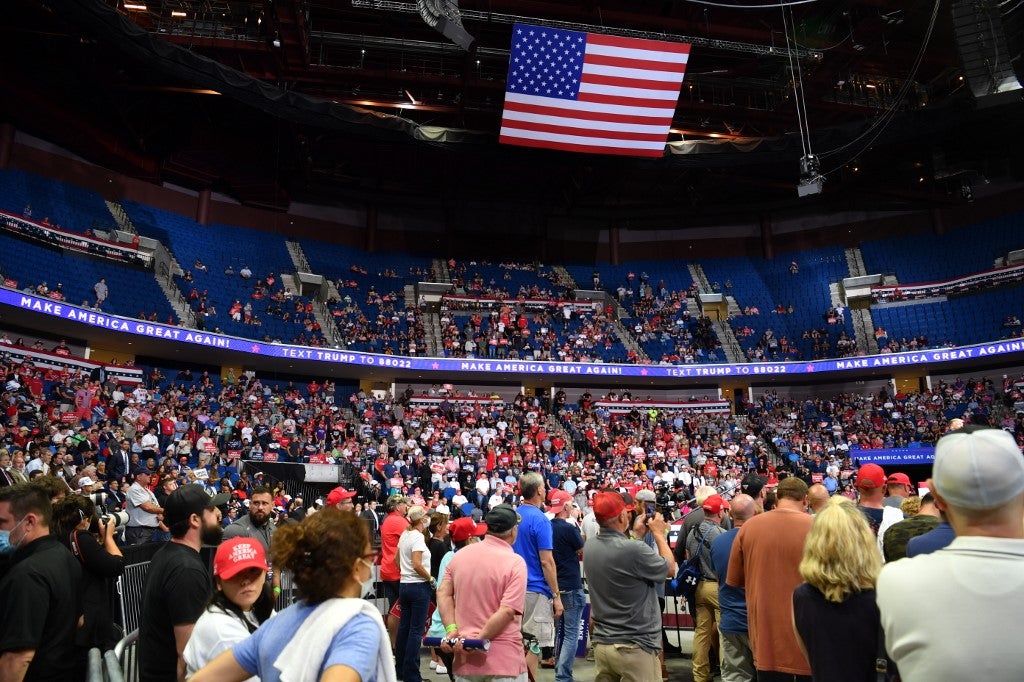 The upper section of the arena is seen partially empty as US President Donald Trump speaks during a campaign rally at the BOK Center on June 20, 2020 in Tulsa, Oklahoma. (Photo by Nicholas Kamm / AFP)

The United States remains the country hardest-hit by the pandemic with 119,719 deaths out of 2,254,630 official cases, according to a tally Saturday by Johns Hopkins University.

With nearly 50,000 deaths and more than one million cases, Brazil is the second worst-affected.

In total Latin America and the Caribbean have 2,007,621 confirmed cases, according to an AFP tally based on official tallies.

The figures were particularly alarming in Chile, where the death toll nearly doubled to more than 7,000 under a revised tallying method, and passed 20,000 in Mexico.

Europe meanwhile chalked up more than 2.5 million cases. Although the spread has slowed, Europe is still the worst-affected continent.

The continent is easing its way out of strict lockdowns, even as the World Health Organization warns against giving in to isolation fatigue.

Spain on Sunday reopens its borders to European Union countries in a bid to gets its tourism industry back up and running after lifting its state of emergency.

British tourists will also be allowed in without having to quarantine, the Spanish foreign minister said.

As his country emerges from a 14-week lockdown, Prime Minister Pedro Sanchez warned that Spain remained vulnerable to the virus, which has claimed more than 28,000 lives there.

“We must remain on our guard and strictly follow hygiene and protection measures,” he warned hours before the borders opened.

In France, millions more children were preparing to return to school on Monday after three months away.

“I cried with joy when I got the confirmation from the teacher that my two children would be going back to school full time,” said Noemie from the southern city of Nice.

France is also reopening cinemas from Monday and stadiums for team sports, and in another sign of returning normality, actors have also started kissing again on film shoots.

A vaccine remains months off at best despite several trials, and scientists are still learning more about the virus, its symptoms and the extent to which it may have spread before being identified.

“The world is in a new and dangerous phase,” WHO chief Tedros Adhanom Ghebreyesus warned Friday.

“Many people are understandably fed up with being at home… but the virus is still spreading fast.”

The virus has now killed more than 461,000 people and infected 8.7 million worldwide.

The Palestinian Authority announced Saturday it was temporarily closing the cities of Hebron and Nablus in the occupied West Bank after a sharp rise in infections.

Only goods will be allowed in, Palestinian prime minister Mohammed Shtayyeh told journalists. Authorities have reported a total of 687 cases in the West Bank, including two deaths so far.