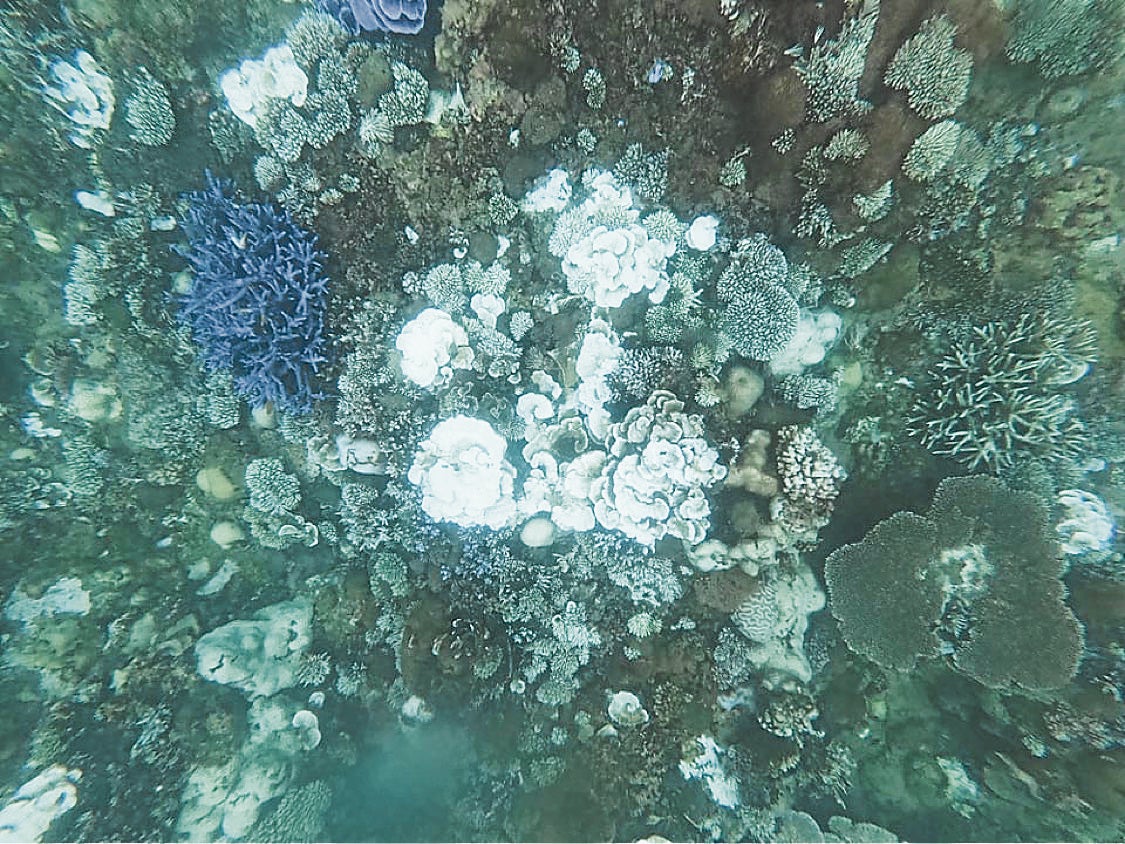 TURNED WHITE Coral enthusiasts sounded the alarm on Friday over the massive coral bleaching in Calatagan town, Batangas province, and in parts of the western coast of the Philippines. Reef Check Philippines documented reefs, as wide as “3 to 7 kilometers” that turned white underwater at a depth of 3 feet to 10 feet (0.9 meter to 3 meters). —JESSIE DELOS REYES/CONTRIBUTOR

SAN PEDRO CITY—Coral enthusiasts and marine conservationists on Friday raised the alarm over a “massive” coral bleaching going on across Calatagan town, Batangas province, and elsewhere on the western coast of the Philippines.

The Philippine Coral Bleaching Watch, an online citizen reporting platform, said it had “received multiple bleaching reports” in parts of the waters off the provinces of Batangas, northern Palawan, Mindoro and Negros Occidental, and on Panay Island.

It said bleaching, due to an increase in the sea surface temperature, was “likely happening” in these areas, placing them under alert level 1 as defined by the National Oceanic and Atmospheric Administration.

In Calatagan, a massive coral die-off is observed in the entire 72-kilometer shoreline of the Calatagan Peninsula from Barangay Gulod to Barangay Tanagan.

“While we’re too busy [battling the] pandemic on land, the same [problem] is going on underwater,” said Jessie delos Reyes, a local Bantay Dagat and team leader of the nongovernment Reef Check Philippines.

The corals, he said, were in a much “worse” condition than when previously seen in May.

Marine conservationists have long blamed global warming for this phenomenon.

“It’s massive because the whole area is bleaching and it’s continuing [as opposed to] concentrated [bleaching] when only small parts [of the reef is affected],” he said.

Delos Reyes said the bleaching might last for over a month.

“There’s really not much we can do to stop [the bleaching] except that we stop the coal-fired plants and open-dump burning in the communities,” he said.